The 19-year-old spills about the show's feminist messages and her favorite horror movies!
by Cosmopolitan Philippines | Nov 2, 2018
Post a Comment
Featured

Most of us are familiar with the '90s TV show Sabrina: The Animated Series, about a 12-year-old witch who lives with her two aunts. Some of us may even have read the original Sabrina comics or watched the live-action series starring teenaged Melissa Joan Hart. This year, however, there's a new Sabrina in town, and she's just about the cutest thing you'll ever lay your eyes on (which makes us wonder how she portrays ~sometimes~ scary Sabrina on the series)!

Kiernan Shipka is most known for her role as Sally Draper on the series Mad Men and she also voiced Jinora in the Avatar: The Last Airbender spin-off, The Legend of Korra. Now that she's playing the titular character in the Netflix series Chilling Adventures of Sabrina, we bet you're even more curious to find out everything about her.

Here's a little something for you to get to know her (and Sabrina Spellman) better:

What is Chilling Adventures of Sabrina about?

Kiernan: Chilling Adventures of Sabrina is about Sabrina Spellman, who's half-witch and half-mortal. On her 16th birthday, she has to decide if she wants to sign her name in the Book of the Beast or not. And, long story short, Sabrina kind of creates her own path and throughout the season gets herself into some pretty adventurous, pretty chilling circumstances, and the people around her are affected.

What can audiences expect from Chilling Adventures of Sabrina? 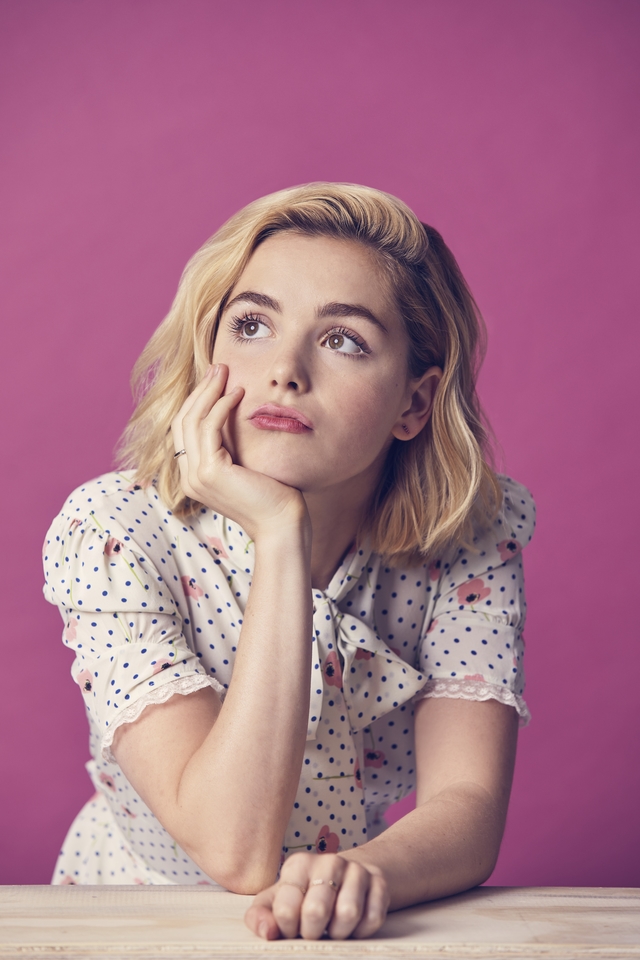 Given that there are so many chilling moments in the show, what was the atmosphere on set? How did the cast get along and how was it like?

Kiernan: The atmosphere on set is honestly pretty lighthearted and fun. Everyone really adores each other. We're all super close. Obviously, if a scene is dramatic and calls for a more respectful quiet tone on set we completely do that. But if not, we're totally just cracking jokes and having fun which definitely makes it more balanced given the subject matter that we're tackling usually.

The costumes are amazing. Can you tell us a little bit about that and tell us which one is the outfit that you think really embodies Sabrina, and which one was your most favorite.

Kiernan: The costumes are so amazing on the show. Angus Strathie, who is the costume designer, was a costume designer on Moulin Rouge. He's amazing, and wearing the costumes is so fun because they're always different and they always kind of reflect what the character is going through. And I really like that as the show progresses, Sabrina's fashion changes because she as a person is changing—which is awesome. I think her red coat is so iconic—I'm so obsessed with it and I think it will be a fan favorite and hopefully a Halloween costume. I think the weird sisters and their outfits are always top-notch and the ones that I always want to steal for myself and my regular life. 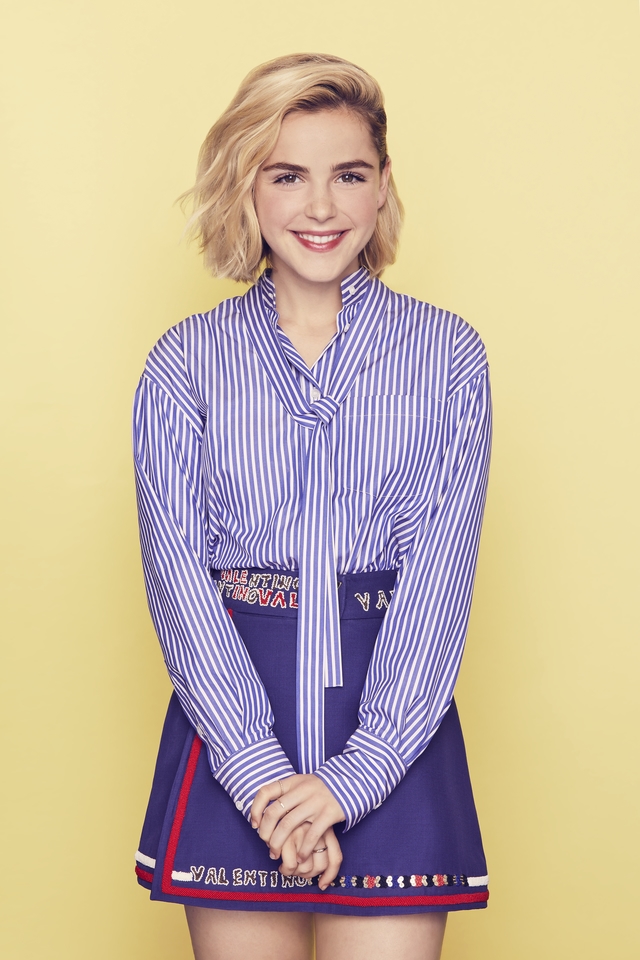 There are a lot of very positive messages for women and especially young women in the show. Can you talk a little bit about that and if this is something that attracted you to this project?

Kiernan: Definitely. I was super attracted to the feminist themes in the show. I think that just having a show that has a female lead that is portrayed as a multidimensional character is inherently very feminist. But on top of that Sabrina is an activist and things are discussed in the show regarding feminism and the patriarchy and that is a large plot point in the series. And I think that it's wonderful to be part of the show that has such a strong and empowering message and I'm really excited that young girls and young children in the general sense who are impressionable are going to get to see the show and grow up with something that's a very positive influence.

What are your top three scary movies?

Kiernan: My top three scary movies are always changing to be quite honest because I'm a really big fan of horror and I feel like every time I discover a new horror movie I latch on to it and become obsessed with it. My all-time favorite is The Shining just because I think it's so psychological and I love Stanley Kubrick and I think that his film is a total masterpiece. Jack Nicholson is insane in that movie. I was actually the Grady twins for Halloween once and I just think it's a fun movie because there are so many hidden messages and conspiracy theories about it that you can watch it over and over again and find something new and exciting about it. I really love Rosemary's Baby. I think just costume-wise, and style-wise, aesthetically it’s probably my favorite horror film. And recently I saw Hereditary and it scared me and I'm still thinking about it and I think I will be thinking about it for a very long time. And I've been talking about it a lot because I'm still a little shook. And that's, you know, that's a good horror movie for you, right?