Kim Kardashian Lashes Out On Twitter Over Nude Selfie 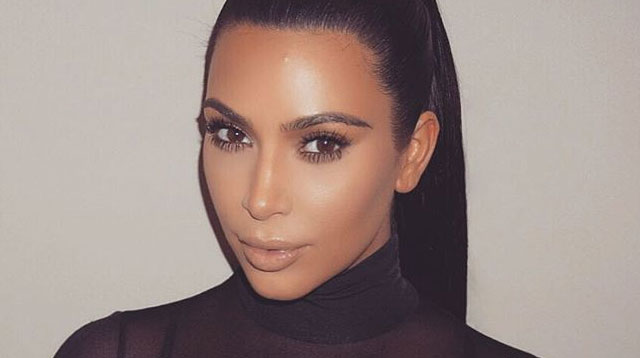 The 35-year-old reality television star left fans stunned when she posted an entirely naked picture of herself on her Twitter page, with only a couple of black bars covering up her private parts.

When you're like I have nothing to wear LOL pic.twitter.com/UlSLZb1fp1

After sharing the picture, Kim attracted some negative comments from several notable names in the showbiz industry, including Bette, who tweeted: "Kim Kardashian tweeted a nude selfie today. If Kim wants us to see a part of her we’ve never seen, she’s gonna have to swallow the camera.”

Kim appeared to be taking some tips from her husband Kanye West in how to conduct a Twitter tirade as she responded to Bette's tweet, writing: "Hey @BetteMidler I know it's past your bedtime but if you're still up and reading this send nudes #justkidding."

She added: "Hey @BetteMidler I really didn't want to bring up how you sent me a gift awhile back trying to be a fake friend then come at me #dejavu."


Carrie actress Chloe was another to respond to Kim's picture, as she tweeted: "I truly hope you realize how important setting goals are for young women, teaching them we have so much more to offer than just our bodies."

In response to that message, Kim decided to ignore that Chloe is one of the hottest young actresses in Hollywood, writing: "Let's all welcome @ChloeGMoretz to twitter, since no one knows who she is. your nylon cover is cute boo."

Kim rounded out her responses by replying to British journalist Piers, who had offered to buy her some clothes after her caption for the selfie joked she had "nothing to wear."

"Hey @piersmorgan never offer to buy a married woman clothes. thats on some ashley madison (dating website aimed at people who are married or in a relationship) type s**t #forresearch," Kim tweeted.

The Keeping Up with the Kardashians star also set the record straight after it was assumed the selfie had been taken just 13 weeks after she gave birth to son Saint West. Instead, Kim admits it was a throwback shot.

"I'm flattered some of u guys thought my post earlier was a recent pic! That was my blonde moment a year ago & 25lbs less! #MondayMotivation," she wrote.

Kim completed her Twitter tirade by joking that she had used the profits from her hugely successful video game to help Kanye out of his financial difficulties, which he revealed earlier this year in a Twitter rant of his own.

"sorry I'm late to the party guys I was busy cashing my 80 million video game check & transferring 53 million into our joint account," she wrote.