People Thought This Photo Of Kourtney Kardashian Was Sofia Richie

Despite the fact the Kardashians have given Scott Disick's relationship with Sofia Richie the go signal, no one likes being compared to their ex-boyfriend's new girlfriend, which is exactly what's happening to Kourtney Kardashian right now.

The Keeping Up With The Kardashians star's sister Khloe Kardashian shared a photo of the two of them on Instagram, wearing matching neon lycra in a bicycle shop. She used the caption, "Power Rangers unite!! My BFF!!!"

But rather than fans commenting on their fluorescent choice of outfits or the, er, width of the bike tires (?), people have instead been pointing out how similar Kourtney looks to Sofia in the photo.

One person wrote, "Literally thought you were with Sofia Richie," while another added, "I thought that was Sofia Richie in back." A third commented, "Glad to see I'm not the only one who thought this was @sofiarichie at first." 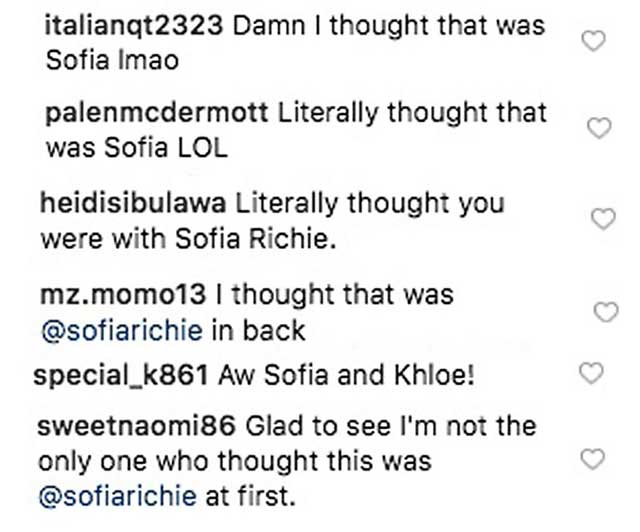 The similarities come as a source told PEOPLE in September that the Kardashians actually think Sofia is a great influence on Scott, with their insider commenting, "Everyone really likes her. They think she's a great influence and Scott is so in love, so it's not a problem.

"Sofia is helping Scott be a better, healthier person. Kourtney feels confident that Scott and Sofia take good care of the kids. Scott is a great dad when he has his life together."