1. Lea Salonga is for legalizing same-sex marriage in the Philippines

Lea Salonga is a staunch supporter of the LGBT community. On October 24, 2018, she tweeted, "Just gonna leave this here. Trans rights are human rights, and trans people will not be erased."

After, she tweeted, "I often wonder if I’ll ever see same sex marriage legalized in my country in my lifetime. May pag-asa pa kaya? Hmmm..."

When another user commented, "For pragmatic purposes and in the spirit of harmonious coexistence, I'm not for redefining the definition of marriage in our country or forcing Churches or pastors to marry same-sex couples," she replied: "Oh, I was speaking secular only. Not religious. Hence the term "legalized." (PEP.ph)

Just like Prince Harry and Meghan Markle, Pia Wurtzbach (Who's the new face of the 2019 Ginebra San Miguel Calendar!) was also recently in Australia. During her stay there, she channeled her inner Meghan by wearing a dress with a thigh-high slit, too!

In case you forgot, while the royal couple were on tour at Fraser Island, Australia, Meghan was noted for "breaking" royal protocol with the skin-baring number. 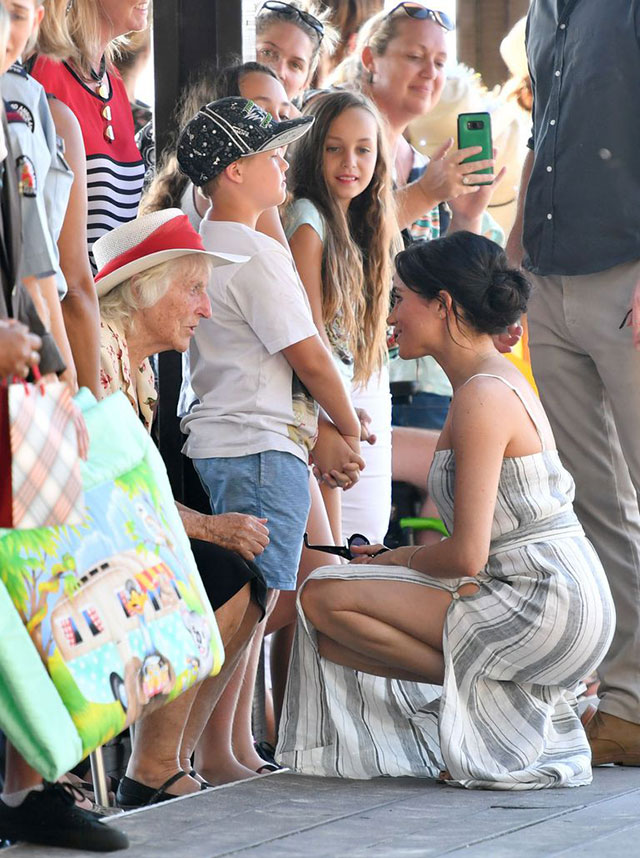 3. Heart Evangelista shows her must-have items in her bag

Heart Evangelista shared her ~fancy~ essentials ion her YouTube channel. She took out her must-haves from her bubblegum pink Hermès Birkin bag, which included a pair of Chloé shades, her Christian Dior wallet (with only P160 inside), a lip balm from La Mer, and a Louis Vuitton makeup bag!

4. Miss Grand International 2018 faints after being declared the winner

Bohemian Rhapsody is a film about the most iconic British rock band of the '70s, Queen. Featuring Rami Malek as Queen's lead singer Freddie Mercury, the film depicts the band's formation, their peak, and the struggles in between as they produce hit after hit. Bohemian Rhapsody will be out in cinemas in the Philippines on October 31.