Liza Soberano Just Exchanged Tweets With A '13 Reasons Why' Actor

1 Liza Soberano is at it again with international stars sending out tweets to her! Her most recent Twitter exchange was with American actor Christian Navarro, who plays Tony in the hit Netflix drama 13 Reasons Why. Their convo all started when Liza tweeted about bullying. The Kapamilya actress clarified that the tweet was not specifically about the show, although she said she did finish the series. This is where Christian stepped up and thanked her for watching 13 Reasons Why—and, as expected, he said he was a fan of hers. Uyyyy. (PEP.ph)

@lizasoberano @angelaczandra well you're right Liza. Thanks for watching anyway ????????

Omg. Thanks for tweeting me!! I love thirteen reasons why! https://t.co/aul8yDtKwi

2 Kylie Padilla just released a new and super honest video on her YouTube channel! Here she answers the many questions her followers have asked via Twitter:

3 Kanye West and John Legend are super #DadGoals when they dressed up as Easter bunnies for the annual Kardashian-Jenner Easter party. So adorable! (Teen Vogue)

4 While most of young Hollywood's It crowd spent the weekend at the Palm Desert for Coachella 2017, Bella Hadid was halfway across the world—in Dubai, no less! Bella used her free time from modeling duties by jumping out from a plane and skydiving. Naturally. (Teen Vogue)

5 McDonald's Chicken McDo just got HOTTER. Their new Spicy Buffalo-Style Chicken McDo gives your meal an intensely rich and spicy flavor for only P95 with a drink! 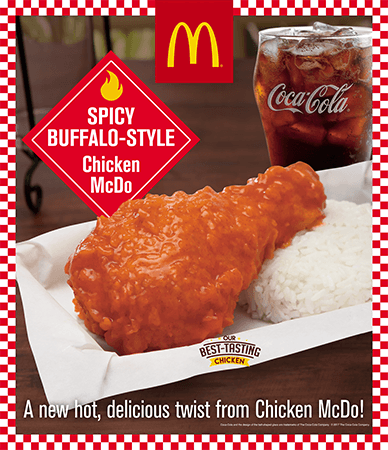