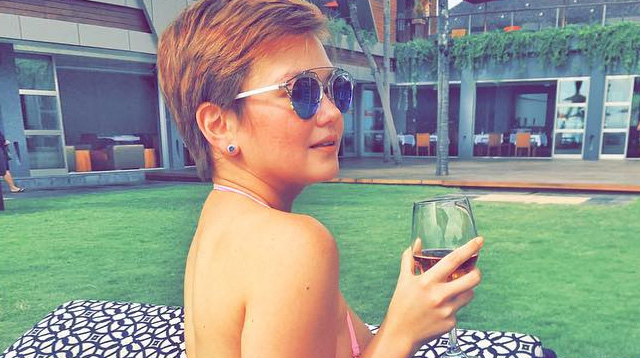 Amid rumors of her breakup with longtime beau John Lloyd Cruz, Angelica Panganiban seems to be having the time of her life as she takes a vacation in Bali, Indonesia.

On her Instagram account, the star of the recently concluded Pangako Sa'Yo soap posted a photo of her slimmer figure in a two-piece fuchsia swimsuit.

She also posted some sexy photos enjoying Bali with her friends.

So far, Angelica has remained mum about her rumored breakup with JLC in Janaury, but John Lloyd reportedly confirmed the news to ABS-CBN news anchor Ted Failon.

Other sources close to the celebrity couple have also chimed in and confirmed the split. The reason? Apparently it was fellow Kapamilya actress Bea Alonzo who also recently broke up with Zanjoe Marudo.

JLC has denied this, saying that he is only friends with Bea.

Nonetheless, Angelica seems to be at her happiest while in Bali with her friends so let’s just wish her the best whether she’s secretly single or still taken.