Maine Mendoza is feeling all the love today! She was showered with almost 50 birthday cakes at Eat Bulaga!'s APT Studio, as seen in her Twitter post:

Maine received the cakes during the last Eat Bulaga show for the week, a day before she turns 24. Her birthday is on March 3. She also took to Instagram stories to repost clips showcasing the cakes: 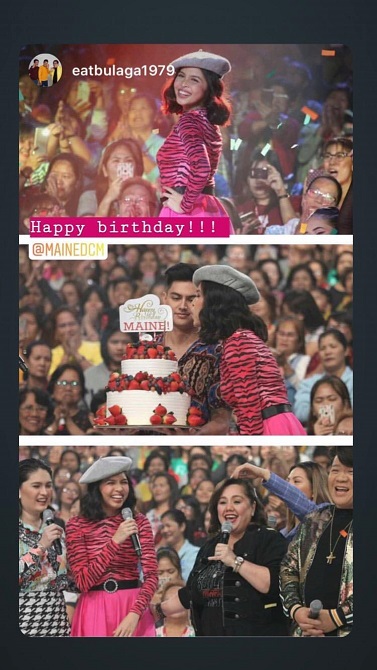 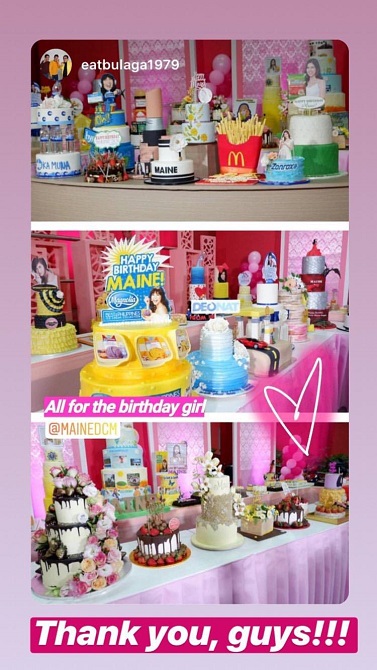 Things have been looking up for the actress-host, who on February 20 was just announced as the new face of MAC Cosmetics' Studio Fix Line, and who has also recently become more open about her relationship with actor Arjo Atayde.