It's legit: Maine Mendoza just went Instagram-official with Arjo Atayde. Yesterday, February 20, Maine was launched as the Philippine ambassador of MAC Cosmetics' Studio Fix line. It was a huge milestone for her career and it seems that Arjo wouldn't miss it for the world.

On Instagram Stories, Maine posted her first-ever picture with Arjo snapped during the event. The two looked super adorable as they played around with a wrecking ball prop, and she even wrote, "uy, may fan" along with the photo. 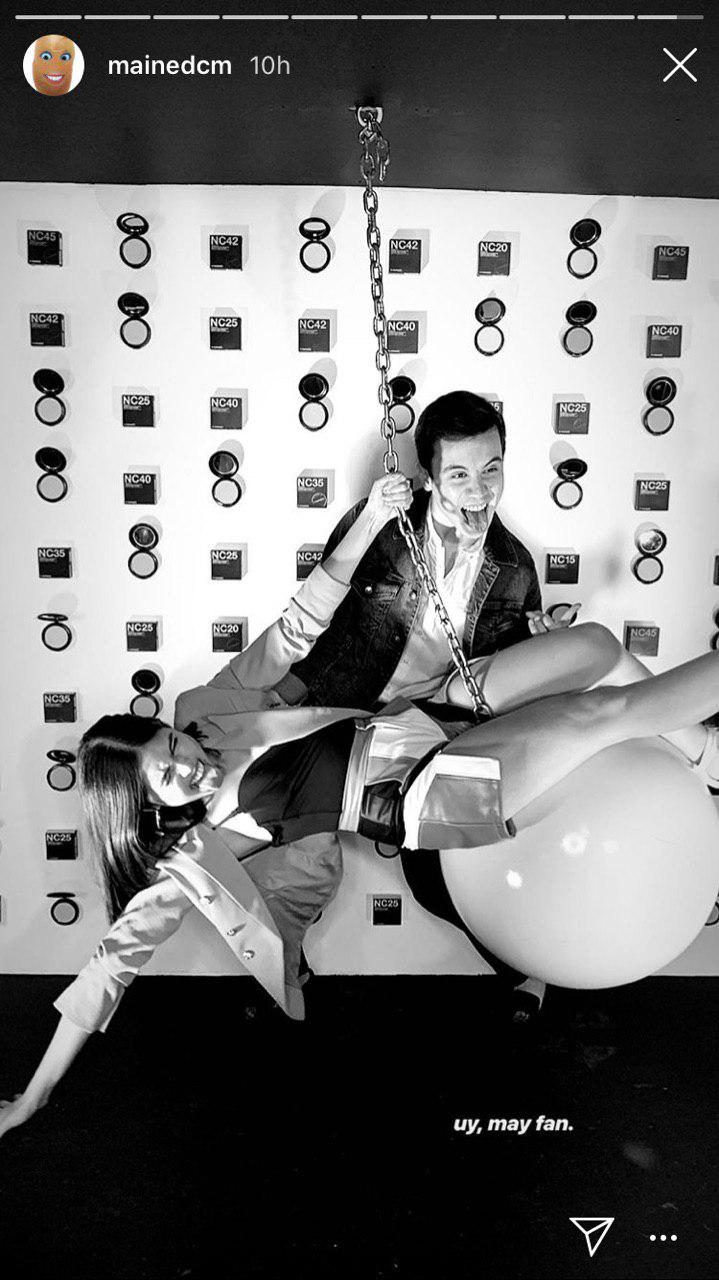 ICYDK, Arjo confirmed in January 2019 that he was exclusively dating Maine after being linked to the Eat Bulaga! star since 2018. Arjo also posted a snap of Maine during a dinner date when they met up in New York a few weeks ago.

We can't deny that we're TOTALLY shipping these two.