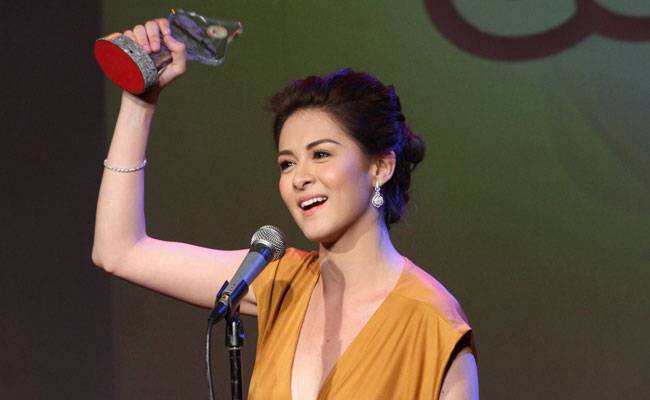 The Temptation of Wife star couldn't help but get emotional when she received her first-ever acting award. "Lahat naman yata ng artista na pinaghihirapan nila ang trabaho nila, gusto nila ng ganitong klaseng award," she told PEP. For her sweet victory, Marian revealed she had a lot of people to thank—her Amaya staff and crew, her family, Popoy, and of course, her boyfriend Dingdong Dantes, who also won an award that night for Outstanding Original Reality Competition Program Host for Protégé: The Battle For The Big Artista Break.

It was a double win for the superstar couple, and Marian admits, "Oo nga, kailangan mag-celebrate. Celebrate talaga!"

For the full story, visit PEP.ph

We're extremely proud of our March cover girl! Congratulations, Marian! You truly are a girl on FIRE!

Click here for the e-mag teaser, or watch Marian's behind the scenes video during her cover shoot.