Nick Jonas and Georgia Fowler are reportedly "casually dating," Us Weekly confirms. The two were seen together leaving Joe Jonas and Sophie Turner's engagement party in NYC on Saturday night.

There's no word yet on when the Jonas brother and New Zealand-bred model started seeing each other, but a source tells E! News that their romance is "very new." The insider added, "She thinks he is very sweet and sexy. Every time they hang out he has been a complete gentleman. They are not exclusive."

Despite the casual nature of their relationship, Fowler has apparently already met several members of the Jonas family—including Nick's brothers Kevin and Frankie and sister-in-law Danielle—since she attended Joe's engagement celebration over the weekend. The two didn't take pictures together at the party, but they each shared their own posts from the event.

Nick posted some photo booth outtakes on his Instagram:

And Georgia shared some BTS footage (including a selfie with Sophie Turner) on her Instagram Story:

Georgia, 25, made her Victoria's Secret Fashion Show debut last year in Paris, and is expected to return for this year's show in Shanghai. This past fashion month, she walked for designers including Balmain, Off-White, Ralph & Russo, Emporio Armani, and Topshop. 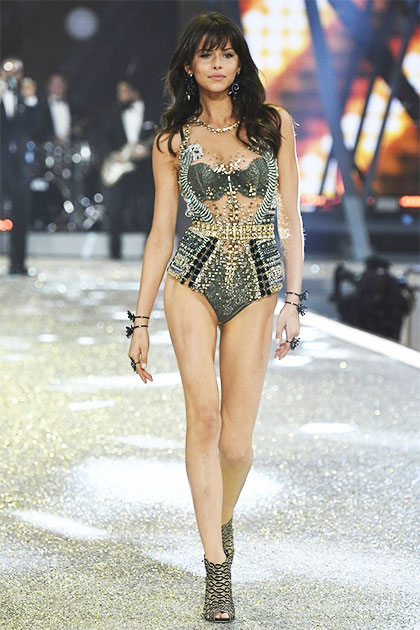 The model was previously rumored to be dating Harry Styles in 2015 and Leonardo DiCaprio in 2016. Meanwhile, Nick last dated Olivia Culpo from 2013 to 2015 and was rumored to be linked to Kendall Jenner two years ago, though he denied they were together.

Although news of Nick and Georgia's romantic involvement officially broke this week, the two fueled dating rumors earlier this year after making appearances on each other's social media posts. One Twitter user noticed a connection as early as April.

We wonder if we'll see Nick cheering Georgia on when she walks the Victoria's Secret runway later this month.