While all eyes were on Justin Bieber and Hailey Baldwin's major Fashion Week moment, Pete Davidson debuted his latest Ariana Grande-themed tattoo and everyone almost missed it. At the John Elliott show in New York, Pete was wearing a long-sleeved white T-Shirt. Unlike others in the fashion crowd, Pete respected the 100 degree weather and 90 percent humidity and took his shirt off, ultimately revealing the new tattoo on his ribs. 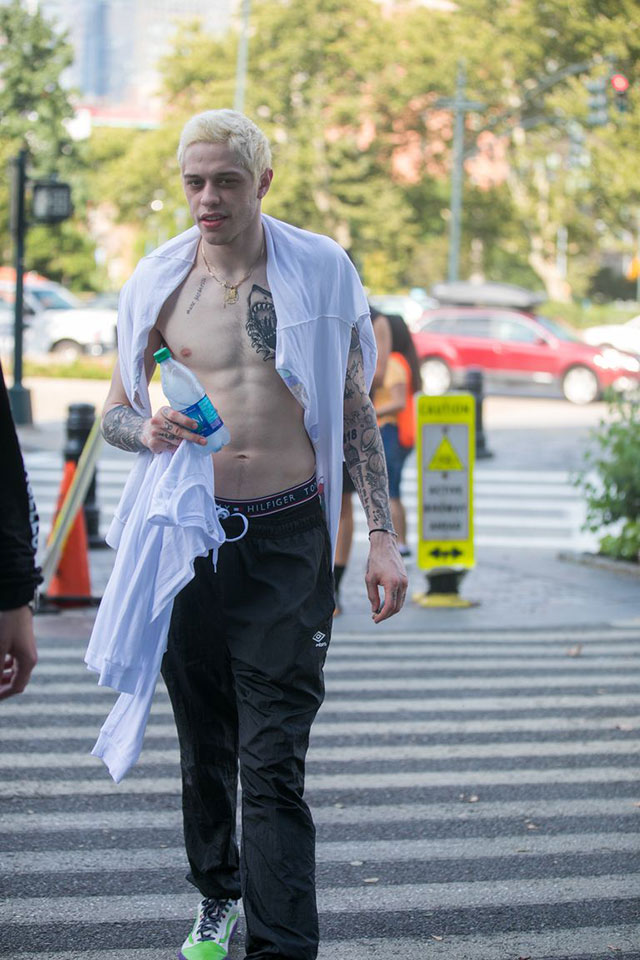 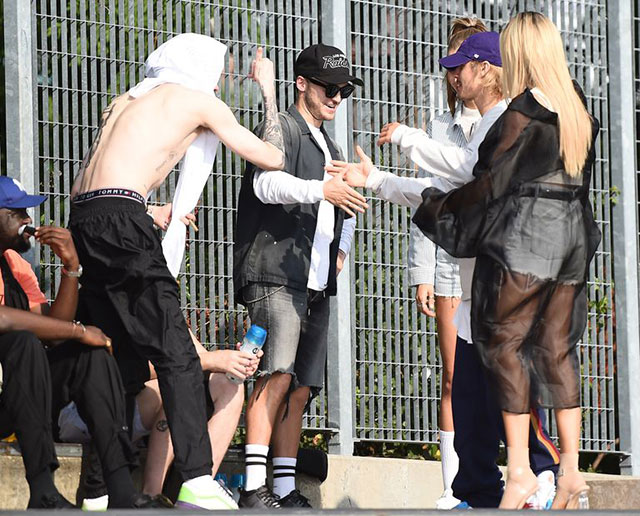 Zoom in on that bad boy! His tattoo says "Grande" in huge cursive letters.

Pete and Ariana (bless them) already have several tattoos to celebrate their undying love for one another. Ariana just got a Spirited Away tattoo, and the movie just so happens to be hers and Pete's favorite. Pete has a bunny ear tattoo behind his ear, which is obviously an Ariana reference, and they both have "H2GKMO" tattoos, which stands for "honest to God knock me out," something Ariana said she says "300 times a day." Seriously, the list goes on and it doesn't look like it's ending anytime soon.