Pia Wurtzbach And Janine Tugonon Had Some Touristy SanFo Fun! 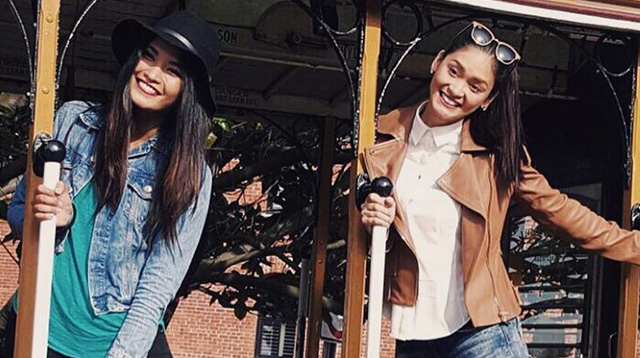 2 Dingdong Dantes and Marian Rivera have been super hands-on with their daughter Maria Letiza's baptism this month! The proud daddy shared a photo of the team behind baby Zia’s intimate christening. (ABS-CBN)

3 Vanessa Hudgens published this really feelsy post on IG about her late father. ICYMI, the actress had a super difficult week when her father passed away just a day before her Grease: Live TV show.

4 Supermodel Iman finally speaks out for the first time since the passing of her husband, music legend David Bowie. Iman took to Twitter with a simple but heartfelt response to all those who grieved with her since his passing.

5 Selena Gomez SIZZLES beyond recognition on the cover of W magazine’s March issue. WOW. The singer most definitely is hotter than ever! Slay, girl!