Will PNoy Get One More Chance? Pia Wurtzbach To Meet The President On Monday 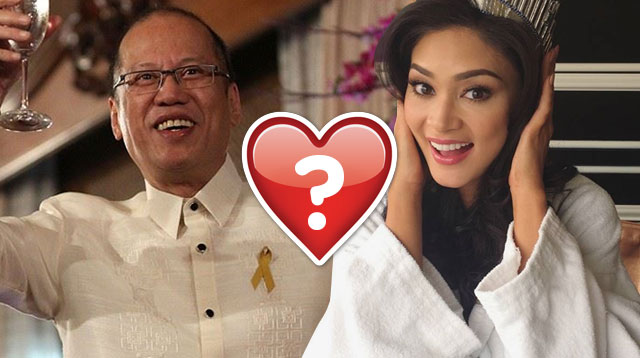 Miss Universe Pia Alonzo Wurtzbach and President Benigno Aquino III are expected to see each other for the first time since the former was crowned queen of the prestigious pageant.

An initial itinerary shows that the 26-year-old beauty queen will meet again with one of the country’s most eligible bachelors during a courtesy call in Malacañang this Monday, January 25.

She will then proceed to the Senate for another courtesy call.

Following this will be her Grand Homecoming Parade where Pia will be on a motorcade from Manila to Makati, then to the Araneta Center in Quezon City for a final roundup.

A blossoming courtship between the two was rumored early last year after they were spotted together in a Quezon City restaurant prior to Pia winning the Binibining Pilipinas title.

Kris added that she felt Pia wasn’t really into her 55-year-old brother even if her family thinks they would be a perfect match.

After winning the Binibining Pilipinas title, Pia said that all the men interested in her must wait as she will focus on emerging victorious in the Miss Universe beauty pageant.

Pia will arrive in the country on Saturday, January 23. She is scheduled to attend various programs during her short stay including courtesy calls and motorcades.