Here's The Real Story Behind 'The Conjuring'

The Conjuring may very well be the scariest movie of all time. Set in 1971, the movie focuses on the Perrons, a family of seven that move into a shady looking farmhouse in Harrisville, Rhode Island. First sign of trouble? Their pup Sadie (R.I.P.) refuses to enter the house. New rule: If my dog won't go, neither will I.

TL;DR: a lot of spooky shit goes down and supernatural investigators Ed and Lorraine Warren (played by Patrick Wilson and Vera Farmiga) attempt to rid the house of its demonic presence. One of the spirits is the hateful Bathsheba, an accused witch who sacrificed her own child to the devil and killed herself in 1863—but only after cursing any future occupants of her home. Casual.

Bathsheba possesses the doll Annabelle (yes, that Annabelle) and attacks one of the Perron daughters before taking over the body of Mrs. Perron (Lily Taylor). Deciding there's no time to wait for a certified Catholic priest, Ed Warren performs a more terrifying exorcism than, well, The Exorcist.

The blockbuster success of the conjuring led to an entire franchise. The Conjuring Universe explores even more of Ed and Lorraine's real-life cases. The Conjuring (2013, 2016, 2020) series delves into the hauntings and possessions of people the couple helped, while the Annabelle series (2014, 2017) and The Nun (2018) uncover origin stories of some of the supernatural items our investigators collected or wrote about.

So, how true is this "true story"? Truer than you'd think. 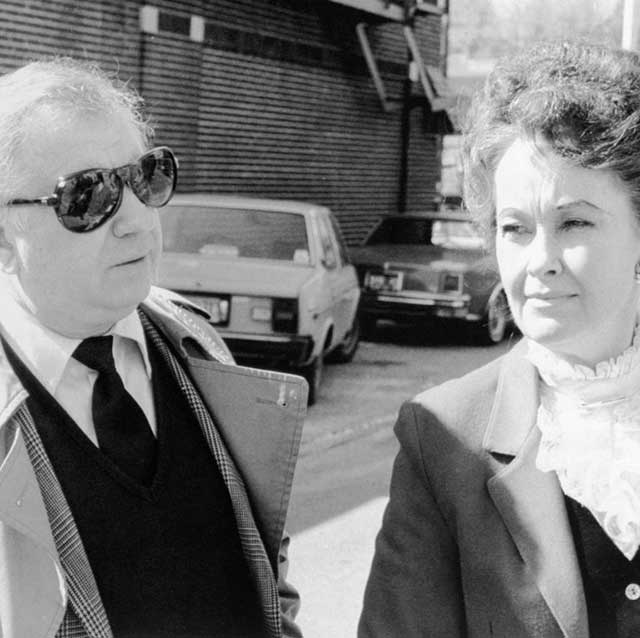 The IRL couple were probably the most famous paranormal experts in the United States—they investigated a slew of high profile cases, including the Amityville House—and founded the New England Society for Psychic Research.

But, get this, Lorraine Warren has always claimed to be a clairvoyant and medium able to communicate with the spirits and demons she and her husband came in contact with. To this day, though Ed died in 2006, Lorraine maintains almost every detail of The Conjuring is accurate. She was a major consultant on the first film, as well as the subsequent sequels and prequels.

"The things that went on there were just so incredibly frightening," she told USA Today. "It still affects me to talk about it today."

Over the years, the Warrens began housing and exhibiting their supernatural spoils at The Warrens Occult Museum in Monroe, Connecticut. Yeah, the last known home of Annabelle. Another reason I'm never going back to Connecticut (I'm from Cheshire; don't @ me). 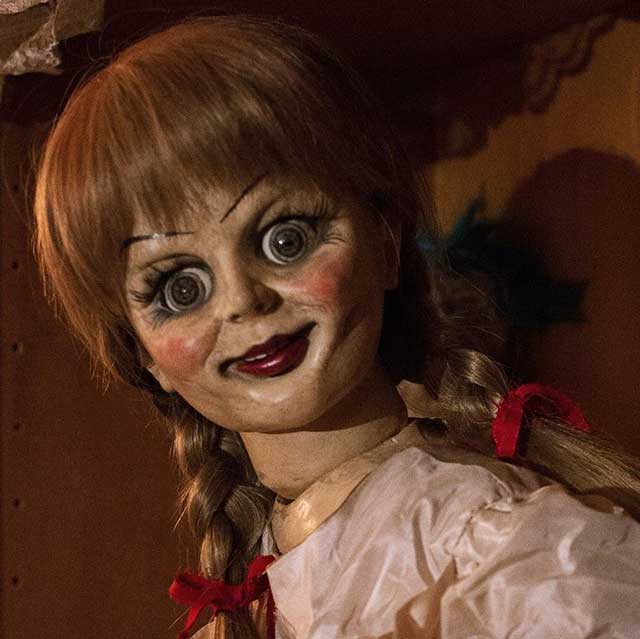 OK, THEY'RE REAL, BUT WHAT HAPPENED TO THE PERRON FAMILY?

The Perron family lived in the 14-room home known as the Old Arnold Estate from January 1971 until 1980. Andrea Perron, the oldest of the five Perron daughters claims that many spirits resided in the farmhouse as well, including Bathsheba."Whoever the spirit was, she perceived herself to be mistress of the house and she resented the competition my mother posed for that position," Perron told USA Today.

According to the family, the spirits stunk of rotting flesh and would arrive at 5:15 a.m. most mornings to lift beds.

After the events depicted in the film, Roger Perron apparently kicked the Warrens out, concerned for his wife’s mental stability. According to Andrea, the family could not afford to move out of the house until almost ten years later, all the while most of the hauntings continued. Casual.

Wrong! Bathsheba Sherman lived in the infamous farmhouse in the mid-1800s. She's buried in the Harrisville Cemetery next to her husband, Judson Sherman. As for the witch/satanist/child-killer deal... the world may never know.

SO, WHAT IS THE BIG DIFFERENCE I'VE BEEN MENTIONING?

Turns out, Ed Warren never performed any sort of exorcism—considering they have to be done by Catholic priest. Though the Warrens had worked with priests in the past, this time they opted to summon the spirit with a seance.

Andrea Perron says she secretly watched the actual conjuring. "I thought I was going to pass out," Andrea says. "My mother began to speak a language not of this world in a voice not her own. Her chair levitated and she was thrown across the room."

DID SOMEONE EVER BURN DOWN THAT HOUSE FROM HELL?! IF NOT, THEY SHOULD. (JK, DON'T. DO. THAT.)

Nope! In fact, the owners of the house called it a "real-life nightmare" for a completely different reason. The original Conjuring brought in $137 million in the U.S...and a lot of unwanted visitors to Rhode Island. Back in 2015, Norma Sutcliffe planned to sue Warner Bros. after trespassers began showing up to the house to film, steal stuff, and be a part of the phenomenon.

“They come at all times of the day," said Sutcliffe. "Last Saturday, I called police at 3:30 a.m. because there was a whole group of them outside the house. It’s horrendous.” Honestly, talking to strangers is my worst nightmare, so I feel her pain.