All The Girls John Lloyd Cruz Has Loved Before 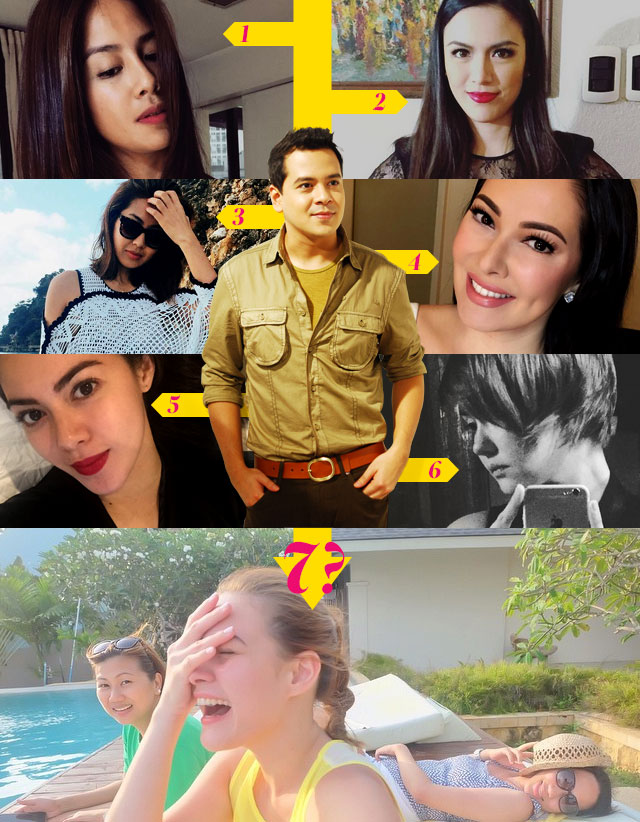 John Lloyd Cruz has been the leading man of all our dreams (Thank you, One More Chance) for about a decade now. But off-cam, Mr. JLC has had a loooong list of famous females as his real-life leading ladies.

Here, we give you the John Lloyd Cruz Dating Map starting from his on-and-off cam teen love on Tabing Ilog to his current rumored flame with his A Second Chance co-star!

JLC and Kaye played lovers Rovic and Eds in the teen drama series Tabing Ilog. Their real-life relationship only lasted for a few months—let's blame it on youth.

Ciara is said to be John Lloyd’s first serious girlfriend. The two got together in the early 2000s and had an on-and-off relationship. They split up after two years.

John Lloyd and Liz had a very movie-like meet cute (P.S. That's a scenario where two individuals meet in an unlikely yet charming way) having met at the Hong Kong International Airport. Their relationship lasted for three and a half years and they are said to have remained very good friends.

The John Lloyd-Ruffa romance was kept on the down low in the course of their year-long romance from 2009-2010. They first met on the set of Betty La Fea where they developed a special relationship.

JLC’s relationship with Shaina was filled with controversies throughout their two-year love affair. They always kept mum about the issues thrown their way—even after they broke up in 2012.

Angelica and Lloydie met on the set of the movie 24/7. Shortly after their movie, the two were said to have split with their partners (John Lloyd with Shaina and Angelica with Derek Ramsay) and started dating each other. Sadly, the pair broke up after three years together.

Bea is JLC's long-time on-cam leading lady, starting from the 2002 soap Kay Tagal Kang Hinintay to the 2015 box-office hit A Second Chance. After Bea's previous five-year relationship with Zanjoe Marudo ended, there were rumors that the love team went from reel to real.