The Strict Dress Code Meghan Markle Will Now Have To Follow

There's one thing you may never have noticed about the Duchess of Cambridge's footwear choices: She always wears closed-toe shoes.

For official engagements or outings where she's representing the royal family, Kate will opt for a pair of neat court shoes—which may vary in colour or texture, but consistently give her outfit a formal finishing touch.

Turns out that it's not just a personal preference; it's etiquette. 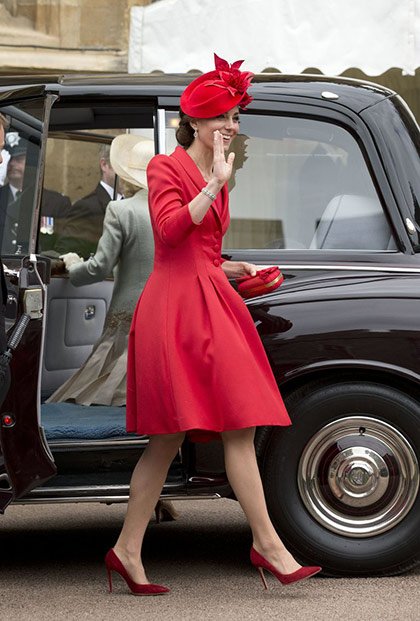 Female guests at the royal wedding were instructed to avoid open-toe shoes. It was requested that they also opt for dresses that covered their shoulders and fell below the knee. Tights, too, were encouraged.

"Regardless of how relatively relaxed it was in the grande scheme and precedent of the British monarchy, May's royal wedding was still a formal affair and so it was quite right that guests were asked to avoid wearing open-toed shoes," Hanson said, before calling out several high-profile guests for going against the dress code, blaming their "egos."

"Sadly, the celebrity-heavy guest list was evident quite quickly, especially in the foot department, as some of the guests' egos took over and pushed protocol to the back seat, namely Priyanka Chopra, Troian Bellisario, and Chelsey Davy," he said. "It is a shame many decided they were above the dress code: If you do not like the dress code at an event, don't go." 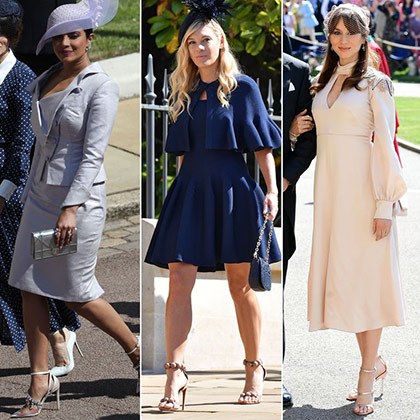 When Meghan stepped out at her first post-wedding event last week—a party to celebrate Prince Charles' 70th birthday at Buckingham Palace—much was made of her decision to wear nude tights, something which is also encouraged of royal females and considered 'proper' etiquette. This could also go some way as to explain the penchant for a closed-toe shoe; no one wants to see unsightly seam-covered toes.

"Tights are also required for formal day and evening wear, and while not explicitly linked to the shoe choice they are certainly a natural accompaniment," explained Hanson. "Ladies (and gentlemen) being modestly covered is perhaps a hang over from the Victorian era, who did tend to be a tad prudish at times." 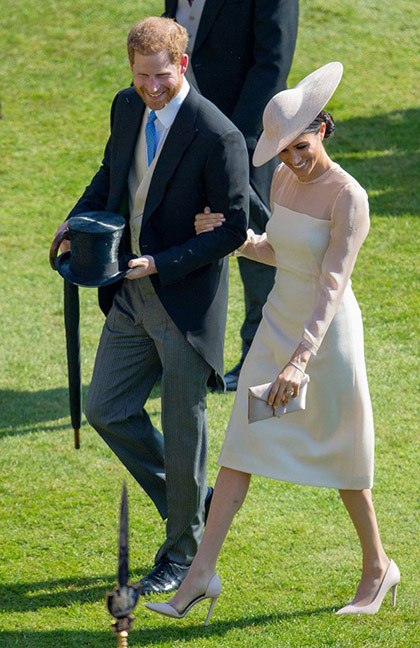 While their outfits are often more relaxed, Princesses Beatrice and Eugenie will also most often be seen in a closed-toe shoe, as will Camilla, Duchess of Cornwall, and, of course, the Queen.

The number of times the Duchess of Cambridge has publicly worn peep-toes or sandals can be counted on one hand; she's fond of a strappier heel under a full-length dress (perhaps because, for once, nude tights aren't required), but this tends to be at glitzier film premieres or Hollywood events. She also opted for a pair of sandals for a trip to the beach in Australia—which undoubtedly even the Queen would be accepting of. 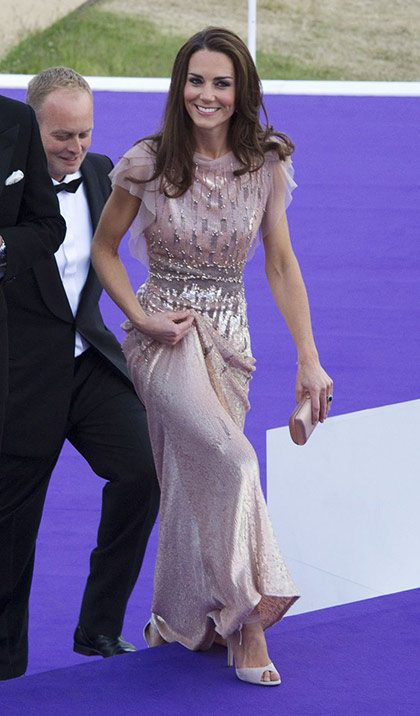 So it looks as though the new Duchess of Sussex will be incorporating an array of multi-coloured court shoes into her wardrobe for the forseeable future, but we're looking forward to seeing her interpretation of the royal dress code.

***
This article originally appeared on Harpers Bazaar UK. Minor edits have been made by the Cosmo.ph editors.