INFOGRAPHIC: JaDine's Trips Around The World

In a little over a year, JaDine have gone to 10+ countries and 3 continents for a movie, TV shows, and concert tours.
by Andie Estella and Jacinda A. Lopez | Aug 26, 2016
Post a Comment
Featured

James Reid and Nadine Lustre have given us serious FOMO with all the traveling they've been doing. In a little over a year, JaDine have gone to 10+ countries and 3 continents for a movie, TV shows, and concert tours. It's a good thing these two love posting on IG; their epically curated grids have become a keepsake of sorts for all of us *ehem* fans.

Here, we mapped out James and Nadine’s journey, starting off in San Francisco, the location of their top-rated show On The Wings Of Love, and ending in Greece, where they recently wrapped up filming their upcoming soap Till I Met You.

In between are the different locations of their JaDine In Love World Tour, key Manila cities where JaDine became #TeamReal *cries*, and the southern island of Cebu where they spent their much-deserved post-summer break together. (Holla at all you JaDine fans who know this by heart!) 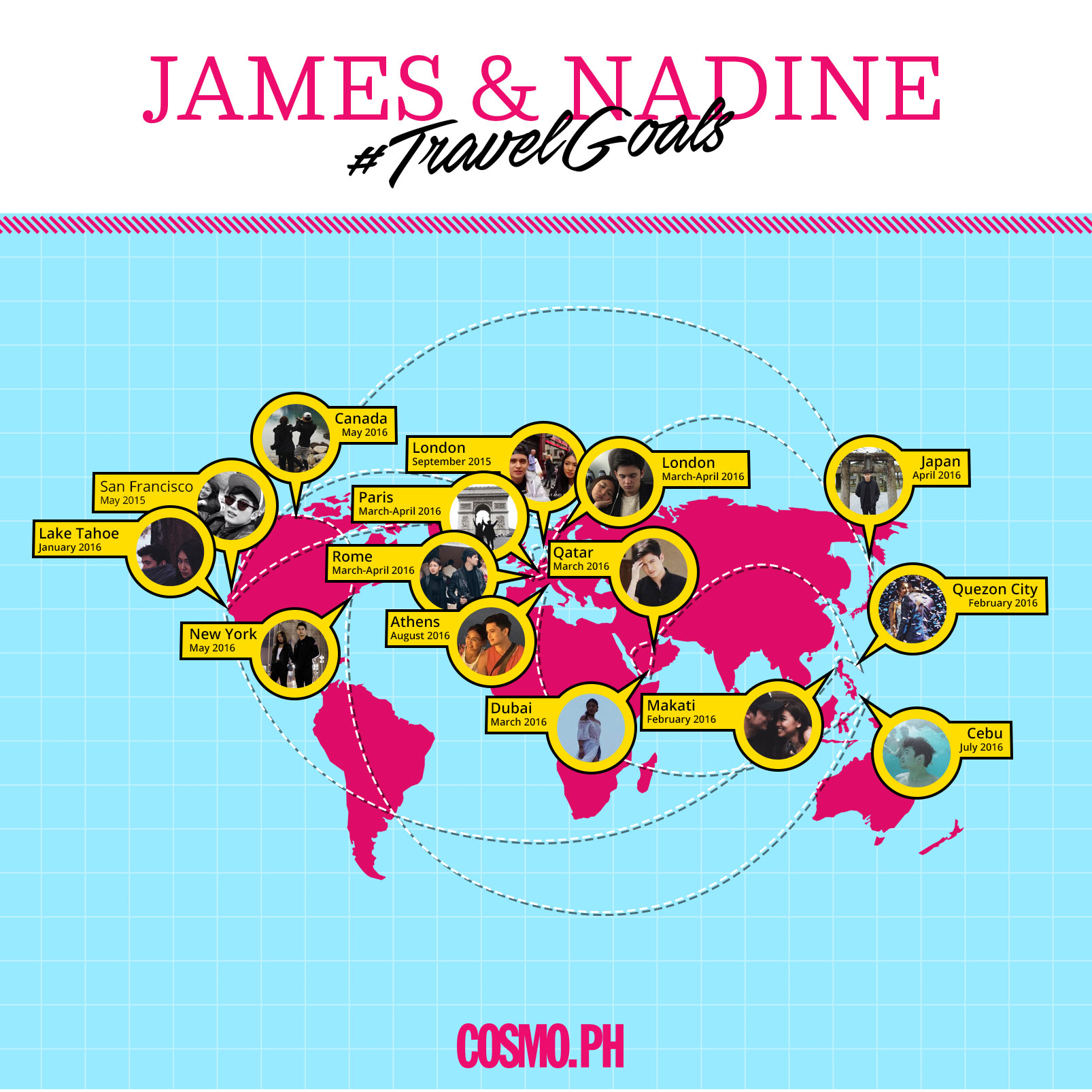