Those who follow Kim Kardashian on social media know that she has not been shy about posting topless and nearly nude photos on Instagram. It hasn't been that long since Kim's epic Paper magazine cover. Still, one does not need to go that far back in Kim's Insta feed to see well, everything.

On Thursday, Kim shared yet another topless photo, along with a caption revealing that the shutterbug is none other than four-year-old daughter North West. In fact, you can see North hard at work in the reflection:

Naturally, folks are sounding off on the photo. And this time, the attention is on the production rather than the content. 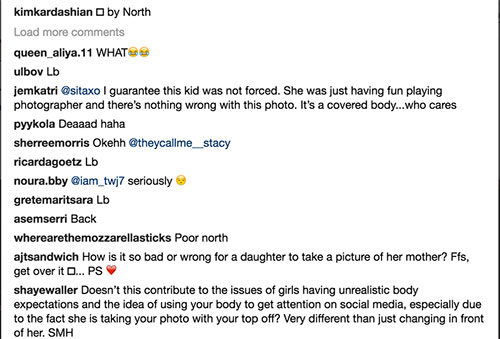 But it doesn't look like there will be a consensus anytime soon.

Seriously, it's become a love-hate thing.

While this continues to brew, do feel free to melt over that one time North accidentally shared an old Kim photo (not topless, just bejeweled) on her Instagram while playing games on her phone.