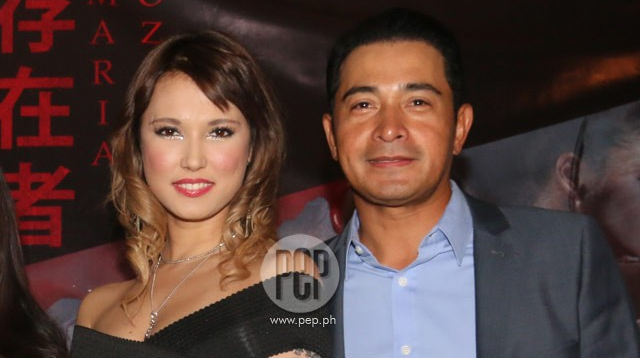 Former Japanese adult video actress Maria Ozawa made a shocking revelation after admitting on air that she had sex with her Nilalang co-star Cesar Montano last year.

In an interview with Mo Twister during his Good Times With Mo podcast, Ozawa was forced by the persistent personality to reveal more of herself, ABS-CBN reported.

“How many times did you have sex with Cesar Montano? I really have a feeling you did,” Mo asked casually.

Ozawa who was clearly startled by Mo’s line of questioning, gamely replied, “No, [only] one [time with him]."

Ozawa added that the one-night stand which “just happened” occurred even before the actual filming of their movie.

However, she said there was currently nothing between her and Montano and said their one-night stand was her simply “saying hello” to the veteran actor.

It could be recalled in various media interviews that Ozawa mentioned she was single and was looking forward to the possibility of falling in love with a Filipino.