How Your Boobs Will Change As You Get Older

Going through life with breasts on your chest is a wild ride. Even though they're literally attached to you, it's hard to know what exactly is going on with them on any given day. Some mornings, you wake up and swear they grew or shrank overnight, and no matter how long you stare at them in the mirror, it's nearly impossible to remember which one is your bigger one. Truly, it feels like breasts are just living their own lives down there, on your chest, taking up valuable real estate on your bod without paying any rent.

But what do their little futures hold? To give a bit of a booby road map most people can follow, Cosmopolitan.com spoke with Rebecca Brightman, a New York-based ob-gyn, about the changes most of us can expect our breasts to make over the course of our lifetimes. And of course it goes without saying that your own breasts might stray a bit from this exact guide, but these are the things you're likely to see in your boob future. 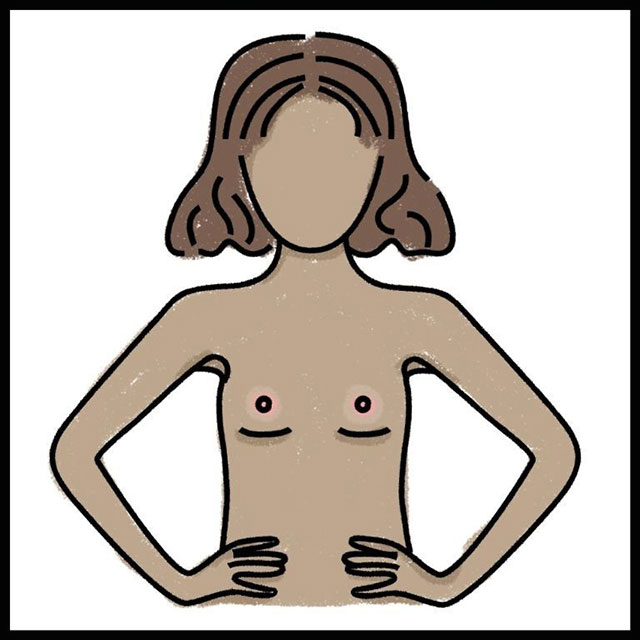 The very first change your breasts go through is the one where they start showing up on your chest. For most people, this happens when you're between eight and 13 years old—but there is no golden standard for puberty onset, so when you develop the very first signs of breasts could vary.

"As people start going through puberty, the first thing they'll notice is that the areola becomes larger," Brightman said. She described this as the point in time when some may choose to wear training bras that are nothing more than a thin layer of fabric, just to keep your growing nipples from showing through a shirt. A "breast bud" develops underneath the areola, which Brightman said looks like "a little swelling" beneath the nipple. Basically, these are the very beginnings of your adult breasts. Hello, boobs! Welcome. 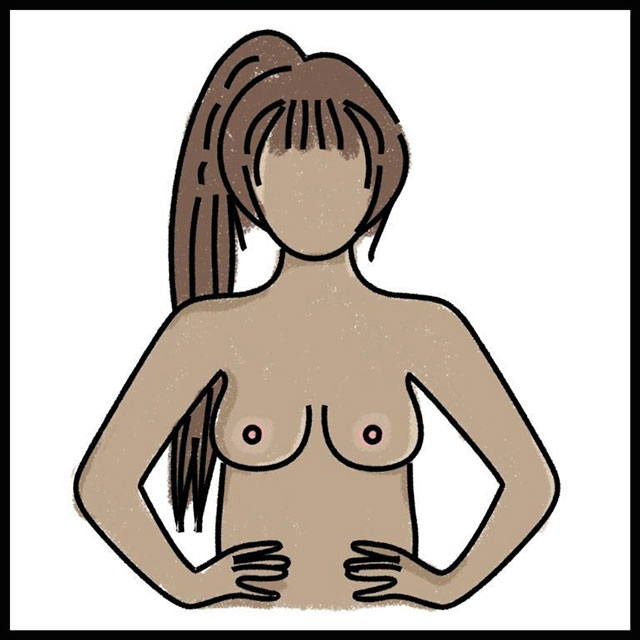 As you know, breasts come in all shapes and sizes and no two—not even the two on your chest—are exactly alike. Brightman emphasised the fact that, if you're someone who wants to breastfeed someday, the size of your breasts doesn't affect your ability to do so. The ability to breastfeed doesn't discriminate based on cup size. 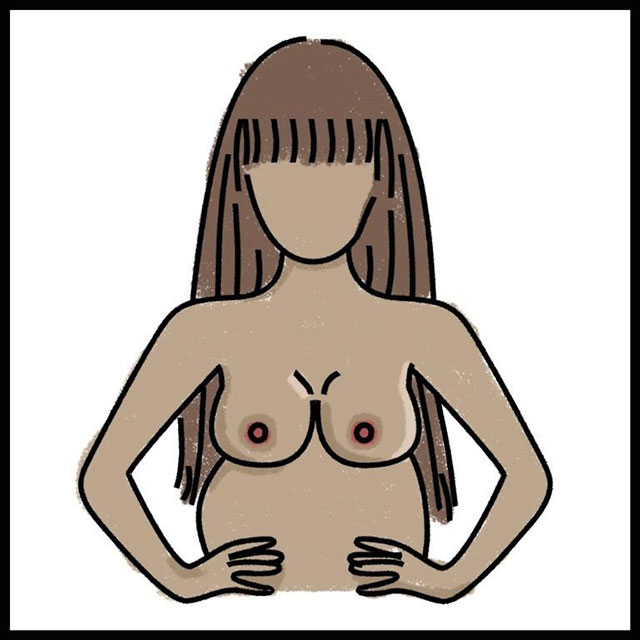 Basically, a pregnant person's breasts become tender to the touch, very full, and as a result, appear very dense and not very fatty. Most of this increase in size will happen in the very early stages of a pregnancy, during the first trimester. But it's also not unusual or uncommon for someone's breasts to continue growing along with the pregnancy. Your areola and nipple pigmentation might also darken a bit, but this goes away once your pregnancy is over.

If you don't breastfeed... 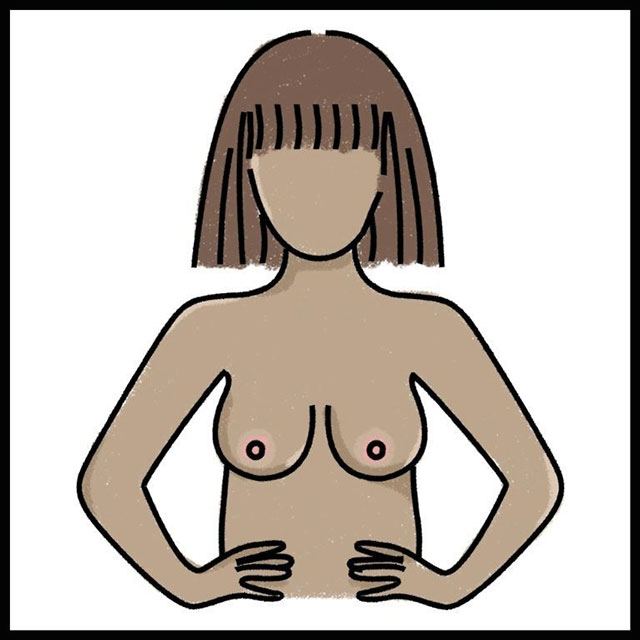 If you choose not to breastfeed, there are a couple of things that might change for your breasts after your pregnancy. Some people find that their breasts settle back down to pretty much the exact same size and shape as they were before the pregnancy, but Brightman said a lot of people she sees in her practice say their breasts "are not really what they were like before." Some people find that their breasts are smaller by a cup size or so, are less dense, fattier in composition, or are fuller toward the bottom of the breast. Almost like they were filled for a while and have emptied out a bit. 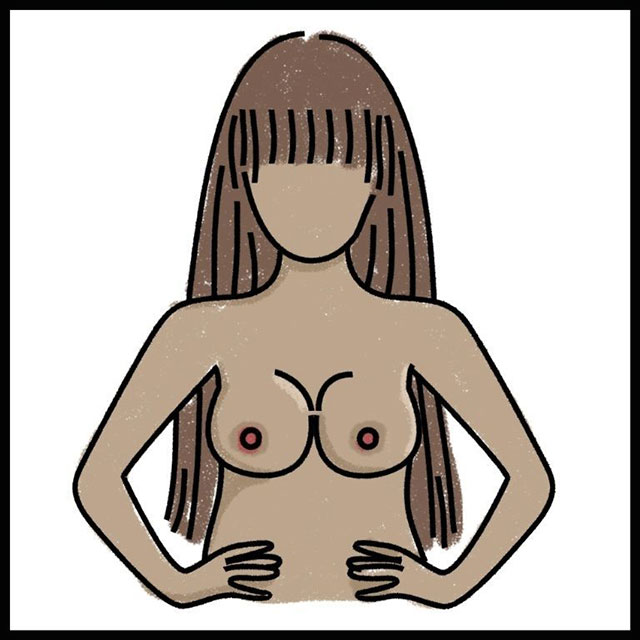 For those who choose to breastfeed their babies (Brightman emphasised that this is a very personal choice, and there is no right or wrong decision), you can expect a few more changes in your breasts. Since they're quite literally filling up with milk, your breasts will increase in size even more than during pregnancy and will be even more dense. They'll likely stay larger and more dense for however long you choose to breastfeed. 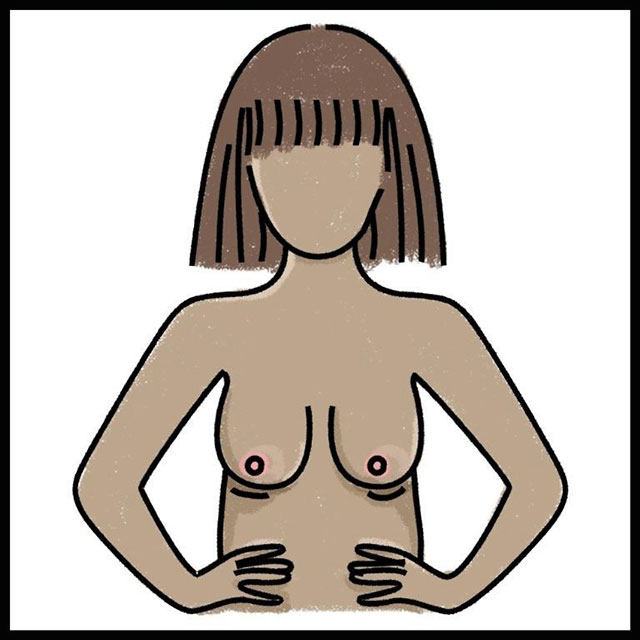 As someone comes to the end of breastfeeding and pumping, a couple things take place. The first is that your breasts drain—the milk that was filling them up for however long is no longer necessary, so your breasts will be less dense and less full.

The other thing is that all the little muscles that support your breasts have been worked and worked hard for a long time. Those muscles and the connective tissue that are responsible for holding everything in place, so to speak, are tired, and may not be as strong as they were before your pregnancy and before breastfeeding.

"If you think about all these thin, wiry fibers that support the breast, they're all stretched beyond belief," Brightman said. "All the ligaments and tissue that hold things up, everything's been stretched. Think about it this way: If you blow a balloon up to its maximum potential and then just let all the air out, it doesn't return exactly to the same size. That's kind of what happens to the breast."

Just like all the other changes your breasts experience, what this looks like varies from person to person. For some people, their breasts return to the exact same size and shape as they were before the pregnancy. For others, their breasts will feel "emptier" and less full or dense. They'll sit lower on the chest, and the fullest part of the breast will be lower on the body. Brightman was careful to mention that none of this should ever discourage a person from breastfeeding — again, it's a very personal choice! Do whatever feels best for your and your child. Your breasts will just sort of go with whatever you decide. They're pretty much just along for the ride. 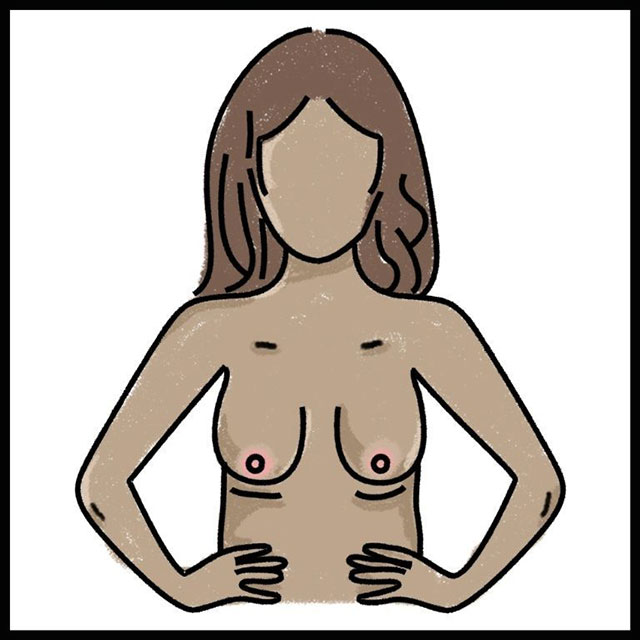 If you don't become pregnant, the first major changes you'll really notice in the appearance of the breasts you've had for most of your adult life will start in your mid-40s. These changes do still happen regardless of a pregnancy—so whether you have post-pregnancy or post-breastfeeding breasts doesn't necessarily affect the changes your breasts undergo before and after menopause.

A few things are happening here, as Brightman explained. The first is that gravity is a very real scientific force that literally no one on this planet can escape. Breasts can be heavy, gravity pulls down on heavy things, and this means your breasts may start showing gravity's effects when you're in your 40s. Do not fret about sagging—this is the most natural thing that can happen to a person. And while some people might see gravity take hold in more dramatic fashion than others, none of us can avoid it forever!

The second thing is that skin loses elasticity as it ages, so with the combined effect of gravity, it's not unlikely that your breasts will sit lower on your chest.

The third thing? "Breasts get fattier," Brightman said. Basically, they'll start to feel less dense in your 40s than they did when you were 23 or 33. They'll look less full as a result, and the fullest part of them will sit lower on your chest.But not all changes relate to appearance alone: Brightman also said it's not unusual for people who had cyclic breast pain before each period earlier in life to experience more pain in their 40s. "People in their 40s particularly have a lot of breast pain," Brightman said. "It's not unusual for people to have breast cysts, which are overwhelmingly benign but cause extreme tenderness." All this tenderness, if you have it, is typically just caused by estrogen, which is high just before menopause begins. 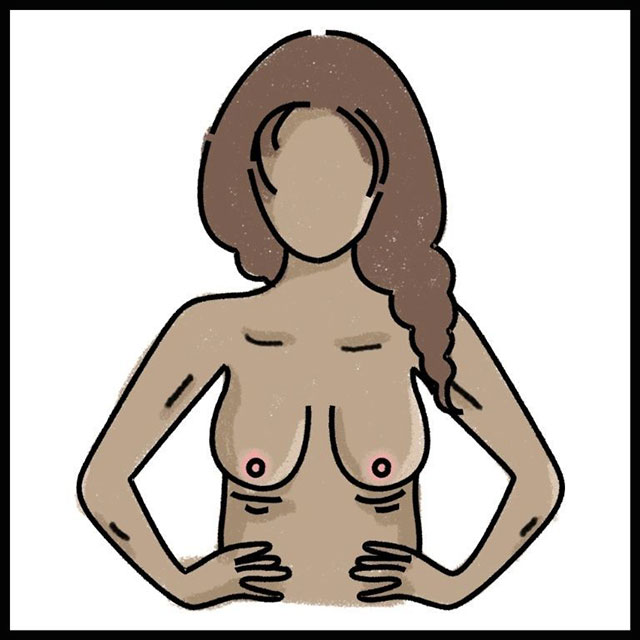 Some good news after menopause! According to Brightman, since estrogen levels are low as people enter their 50s and 60s and you're likely not experiencing periods anymore (!!!), breast tenderness that may have plagued you your whole life should be over and done with. Hallelujah, praise the booby lord. Something to look forward to.

As far as appearance, Brightman said some women actually see an increase in breast size after menopause. "It's very strange how that happens," Brightman said. "I've been in practice for 26 years, and some people, as they get into their 50s and 60s, tell me, 'You know what, my breasts are so much bigger than they were!'" According to the New York Times, that increase in size is caused by a few things: general weight gain all over the body, increased water retention, and a change in hormone levels.

As with pre-menopause, breasts will be even less dense and composed of more fatty than fibrous tissue at this stage. This means the fullest part of your breasts will sit lower on your chest than it did before.

Even though most people's breasts go through these same basic stages, you'd still be incredibly hard-pressed to find your exact booby twin roaming around in this world. Breasts are wild and crazy in that they're only so predictable—the way your breasts change might not be the same way your best friend's breasts change.

Enjoy your lifetime of being a person with boobs. It's a wild ride but also it's incredibly good and fun.

***
This article originally appeared on Cosmopolitan.co.uk. Minor edits have been made by the Cosmo.ph editors.
Read more stories about