Stoya, who dated James in 2013, tweeted about her experience: "James Deen held me down and fucked me while I said no, stop, used my safeword. I just can't nod and smile when people bring him up anymore."

James, however, denied the allegations against him, calling them "false and defamatory." He says he respects women "professionally and privately."

Ashley tells Buzzfeed that she's been telling her story for years, but people only began listening when his ex Stoya shared what happened to her.

Sadly, not a lot of people are taking their allegations seriously. And it's not because of "lack of evidence." Tori got it perfectly when she explained why she didn't tell the police about the abuse. "People—including the police—tend to believe that sex workers have placed themselves in harm's way, and therefore can't be assaulted."

Unfortunately, this rings true even here in the country where most sex workers are forced into the industry because they need to make a living and there's no other option. You'd expect people to be more respectful, but nope, that's not the case. When a local news site reported the accusations against James, some Facebook users commented: 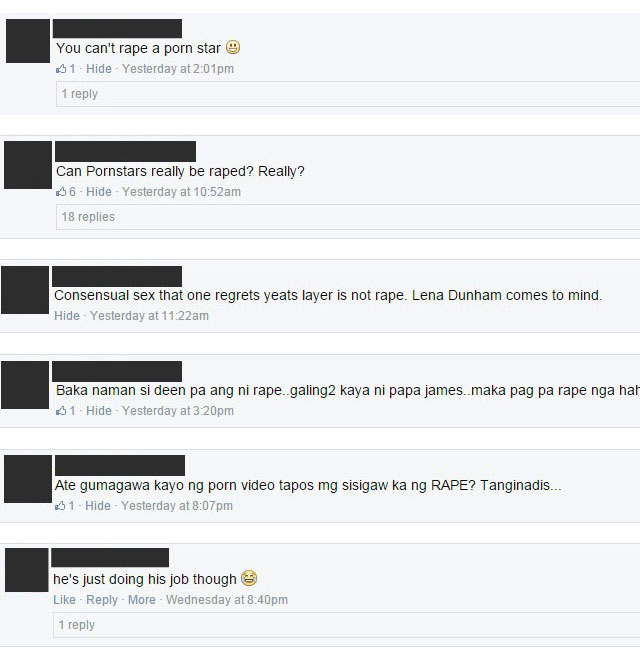 It goes to show how little or no respect is given to them who are, by the way, human beings like the rest of us. They have dignity too, and it's sick people who disrespect or think lowly of them that take that dignity away.