I am genderqueer. I wouldn’t be surprised if that’s a term you don't understand.

Since I came out as queer seven years ago, I’ve gotten my fair share of “queer what?” reactions from peers. But despite being genderqueer being a reality for some people, not everyone is curious enough to find out what it means, which makes education on sexual orientation and gender identity and expression (SOGIE) even more important. 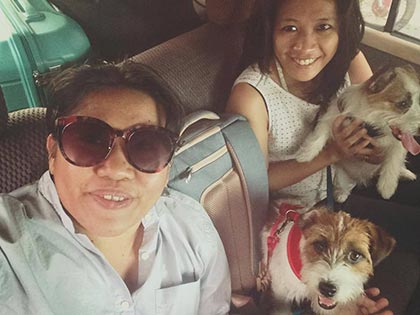 When it comes to gender identity, most people think this way: You’re either male or female. To decide which box to tick, people commonly refer to what sex organ one has. If you have a vagina, then you get to tick the female box. If it’s a penis you have, then it’s the male box.

Simple, right? Except it’s not.

So what does it mean to be genderqueer? I read this definition somewhere: “A person who relates to neither, all, or a combination of genders is known as gender fluid, or genderqueer.”

Me personally? I just don’t like boxes. It’s too tight a space, and it’s too limiting. I don’t quite fit in either binary gender concepts. I identify somewhere left of the middle, a little bit to the right, and just a tad outside the line.

Growing up, I didn’t really understand my gender identity. I didn’t even know such a concept existed, or more importantly, that I had to give mine a label. I think I was around six or seven when I started questioning why in school we were always told, “Girls line up here, boys on the other side.” Or when I had short hair and was teased by some of my classmates that I looked like a boy, I didn’t get why that would be a bad thing. I also didn’t understand why gays were made the butt of most jokes, and I couldn’t figure out why it was okay for me to wear “boys’ clothes”—shorts or jeans and a T-shirt—but when my brother (now my sister, as she later came out as a trans woman) wore a skirt, it wasn’t okay because “skirts are only for girls.” But I just shrugged my confusion off and thought, “Well, I’m weird.”

When I came out as queer at 26 years old, one challenge I immediately encountered was explaining to other people what the actual fuck “queer” means. But I’m one of the luckier ones, because the people that matter to me the most—my family, especially my late grandmother whom I consider the most important person in my life—accepted me for who I am. Once I finally came out, I was feeling all sorts of emotions: happy, nervous, relieved, proud, and a bit scared—scared of how my grandmother would react. But that was silly of me to ever doubt her. A couple of days after I came out to her through a letter, she called me up, bright and early in the morning. In her cheerful voice, she told me, “Good morning. Everything is alright.” 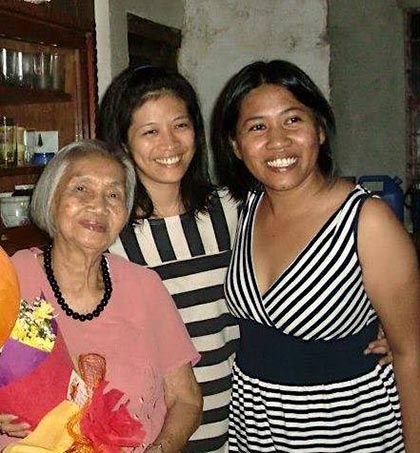 My typical day as a queer person is like any cisgender person’s typical day—except at times I get scared that someone will show aggression towards me as I go about my day expressing my identity. Particularly when I’m dating a woman, that’s when the whispering, weird stares, disapproving looks, discrimination, and even hostility start. At times, it gets frustrating seeing how people paint LGBTQs in an evil light and how we’re discriminated against and denied equal rights. I’ve been witness to this discrimination since I was young; I grew up watching my trans sister get bullied relentlessly for being different, and I started standing up for her. Back then, my fists sometimes did the talking—which I admit is not a good idea. But I’ve since channeled that frustrated energy into more productive—and peaceful—pursuits.

When it comes to dating as a queer person, I like who I like regardless of their sex or gender identity, and I’m open to changing my preference along the way. But for majority of my life, I dated men. There were a few women who asked me out, but I was not that comfortable with my sexuality when I was younger. I’d go out with women I found attractive, but I wasn’t that open talking about it to my friends. I guess a part of me was ashamed and I just did not want to be in an uncomfortable situation.

I’ve been with my current partner, Michee, for almost seven years, and we’re doing really well. It’s not sunshine and rainbows every day; we have fights and disagreements like any normal couple. But we tend to always work things out. A number of our friends have said that it’s because we’re two “women” in the relationship so we get each other more. I actually can’t wrap my head around this notion.

I don’t believe that your gender identity puts you at an advantage or disadvantage in a relationship. Those generalizations that women are more emotional, more understanding, or the exact opposite of men—we have to stop believing them.

Look, here’s how I see it: Male, female, queer, or whatever you identify as on the gender spectrum, if you want to make something work, you’re going to do everything to make it work. In our case, Michee and I had a sit-down and established ground rules for resolving conflicts. It’s something I definitely recommend for any person in a relationship—regardless of gender identity.

Since I fully embraced being queer, I began to feel a sense of responsibility to make things better for the next generation of LGBTQs.

The idea for Love Is Love, an online store that sells gender-inclusive love-themed shirts and woodcrafts, came about while Michee and I were shopping for a wedding gift once. We were in a couple-themed store, and every item there was for straight couples. Not one item represented people like us. And Michee and I wanted to change that. Although Love Is Love started as a business, it quickly turned into part-business, part-advocacy—the advocacy being standing up for LGBTQ rights and also educating people as much as we can about the LGBTQ spectrum. 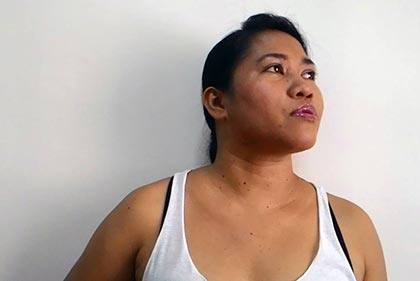 I feel like a broken record whenever I have to explain all this to other people, but I do appreciate it when people ask me questions and sincerely try to understand other gender identities aside from male and female. I don’t care much about which pronouns other people use to refer to me; I prefer the female pronouns, but I’m not going to raise hell if you apply male pronouns to me. What I’m more concerned about is just making others understand that people who do not fit in the gender binary exist. They are real. And they have the same inherent rights as any “male” or “female.”

I’m sure I’ll continue to get those “queer what?” reactions, but I hope that, through this, I got readers like you to gain a little more understanding of your LGBTQ peers. Because for all the differences in the way we perceive our gender, we’re really just like you. We hurt, bleed, love, dream, and struggle just like you. We’re here. We’re queer. And we are your fellow human beings.