Jessy Mendiola To Basher: 'Be careful with your words'

Jessy Mendiola is opening up on her depression and suicidal thoughts, and is speaking up against cyberbullying through a series of posts on her Instagram stories, posted early morning today, June 10.

The first story is a screenshot of a comment by user @samtreetown on one of the actress' Instagram posts.

The comment and the username can no longer be found, but Jessy's screenshot shows @samtreetown having said: "Hindi yun isa sa dahilan...yun talaga ang dahilan. Joke. Congrats! Ingatan mo si Luis. Without him, you are nothing. :)"

Jessy's reply to that comment was, "Be careful with your words. :)" 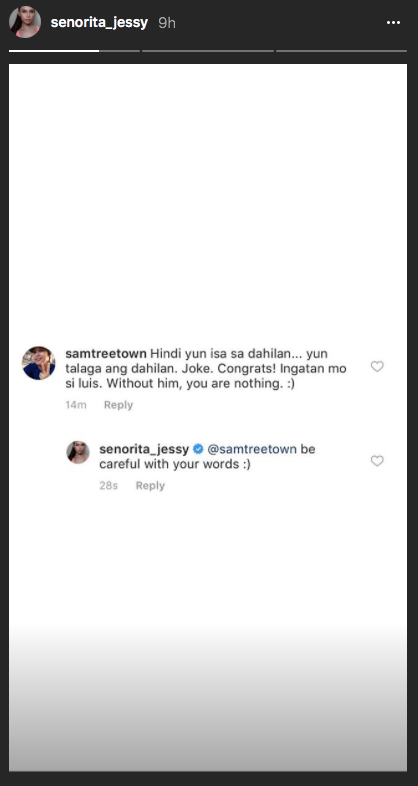 It seems that @samtreetown's comment was made on Jessy's Instagram post yesterday: a photo where she is standing next to her boyfriend Luis Manzano, with a caption that expresses her excitement over being the new endorser of a pizza chain of restaurants.

In her next IG story, which is a photo of her writing, Jessy talks about what she has been through online and how she has been severely affected by the attacks on her.

She began by saying that in light of the recent events surrounding depression and suicide—likely referring to the the deaths of designer Kate Spade and chef/TV host/writer Anthony Bourdain—we should all be careful with the words that we use.

She then posted another story that reads, "'YOU ARE NOTHING' are such strong words. NO ONE deserves those words." 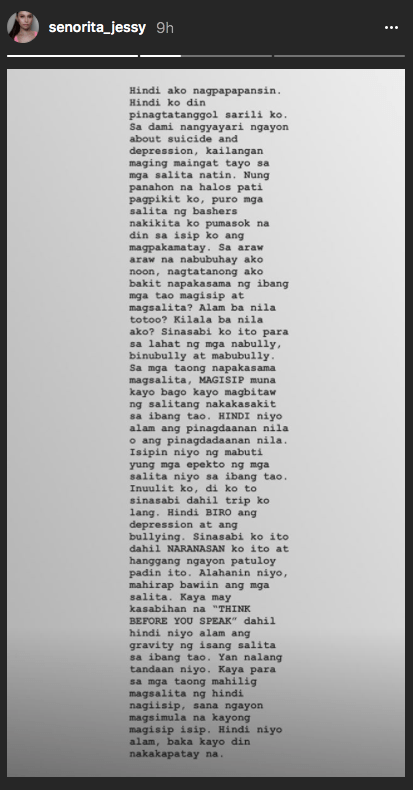 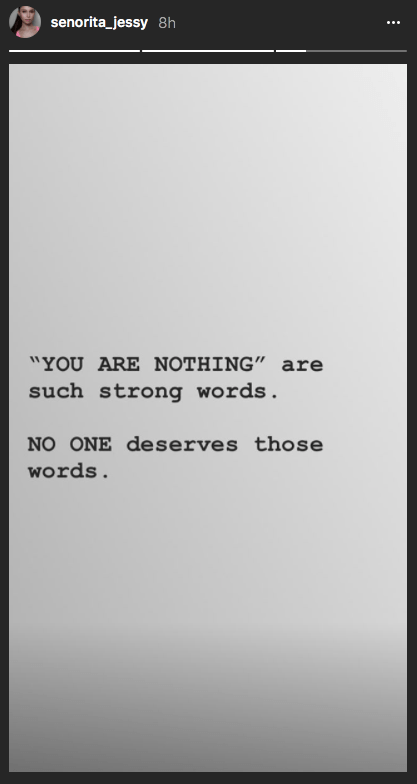 If you are suffering from suicidal thoughts or depression, there is help and hope. You can contact these hotlines for free counseling in the Philippines: