The government announced earlier today that Metro Manila will be placed under modified enhanced community quarantine (MECQ) from May 16 to 31.

Naturally, a lot of questions popped up following the announcement, so we'll aim to answer some of them here. But to understand the concept of ECQ better, you should first take a closer look at the different zone classifications identified by the Inter-Agency Task Force (IATF).

So, onto the big question: What exactly differentiates MECQ and MGCQ from the others? Let's take a closer look here.

First off, the guidelines on modified ECQ. Basically, MECQ and ECQ guidelines are similar, only that in MECQ areas, manufacturing and processing plants will be allowed to operate with up to 50 percent of their workforce. Also, there will be limited transportation for essential goods and services that will be allowed in these same areas. But what's also noteworthy here is that in MECQ areas, LGUs may classify their barangays even further according to the four zones we previously mentioned.

This means that some areas within MECQ will still need to observe the usual strict ECQ guidelines, while in other areas, quarantine restrictions will start to ease up. It will then be up to the LGUs to classify accordingly the barangays within their locale.

Now, for modified GCQ. Under GCQ areas, public transportation may be allowed to operate albeit at limited capacities—check out the guidelines here in case you missed it. Government offices, industries, and even schools may also resume operations but also only at limited capacities. Under MGCQ areas, these restrictions will no longer apply, but minimum public health standards such as physical distancing and mandatory wearing of face masks must be enforced.

To give you a better overview of which locations will be placed under what type of community quarantine, we've compiled everything into a list below. However, take note that this list is still subject to change, as the IATF has also made it clear that LGUs may submit an appeal to change their respective classifications not later than May 13.

Low-risk areas where community quarantine will be lifted effective May 16:

Presidential spokesperson Harry Roque mentioned in the press briefing earlier that the industries that may be allowed to resume operations under MECQ have yet to be identified, but updates will be given tomorrow, May 13. He also mentioned that the guidelines for travel across different zones—including travel by air and sea—will have been laid out by May 16.

There'll surely be a lot of updates in the coming days, so watch this space. 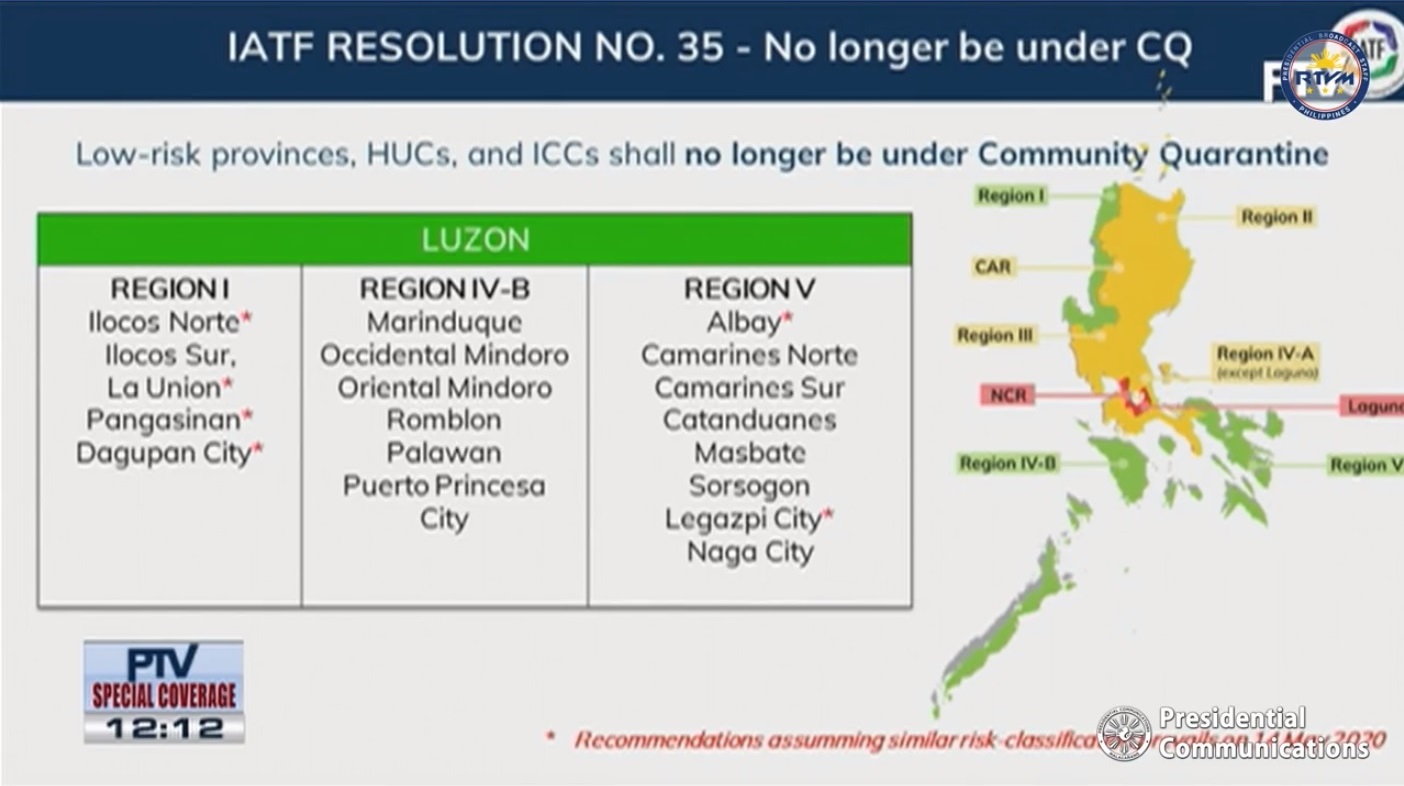 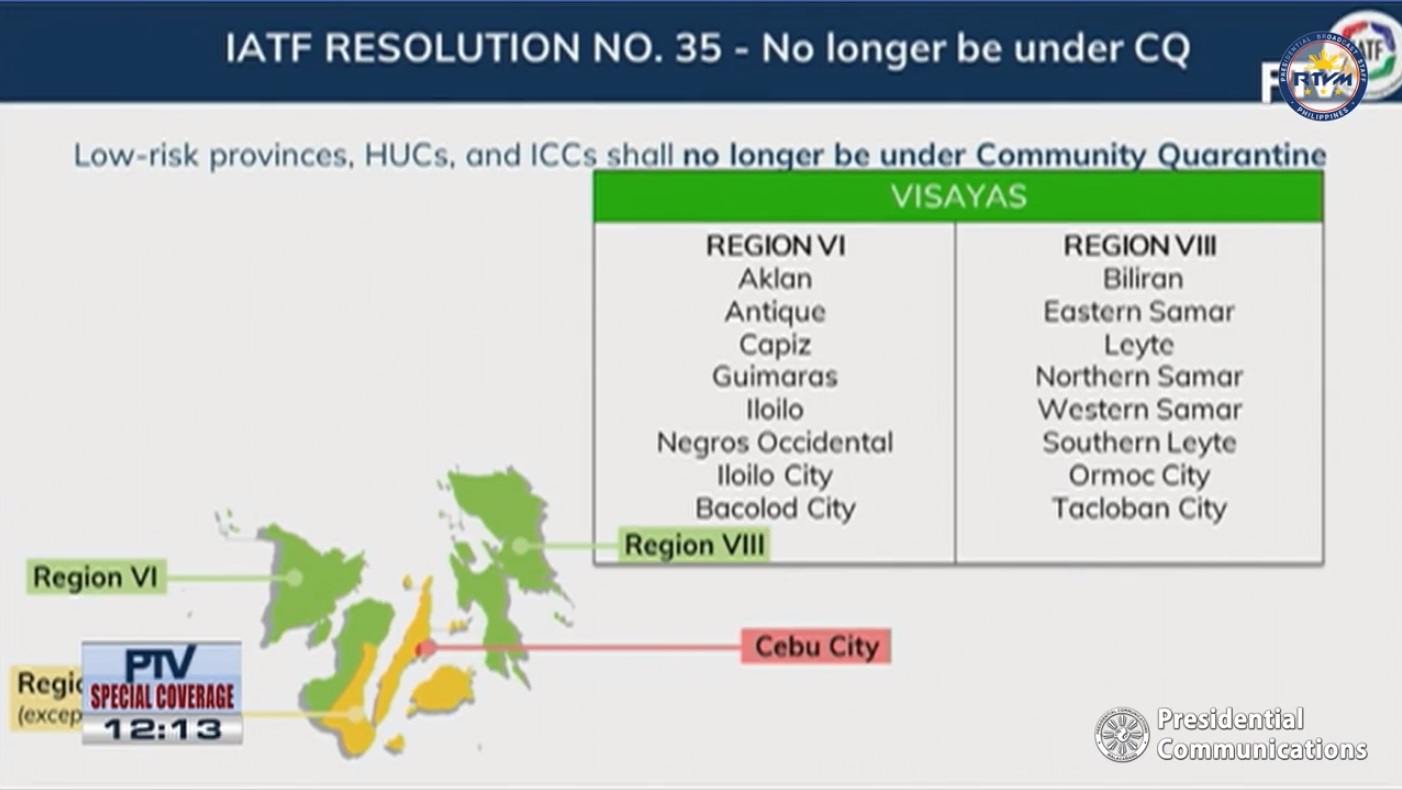 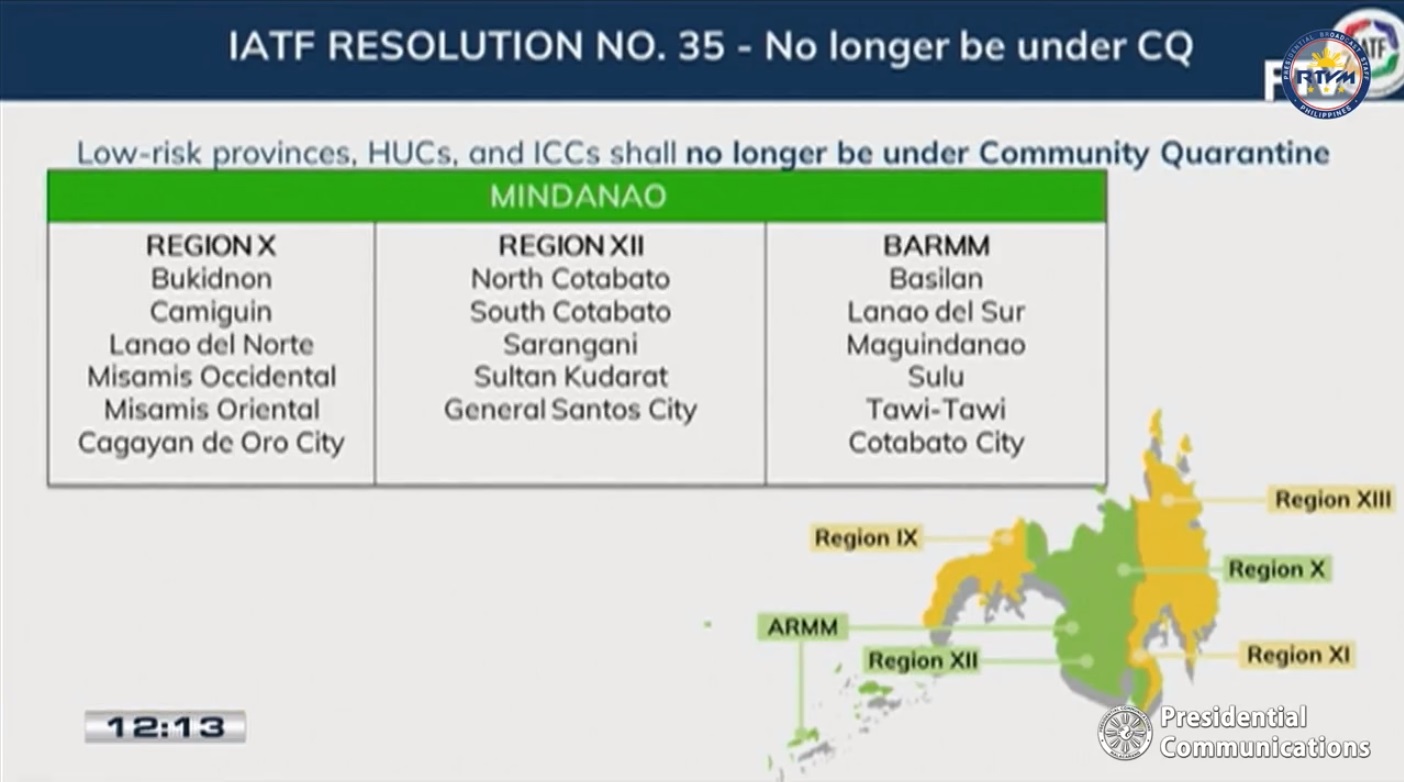 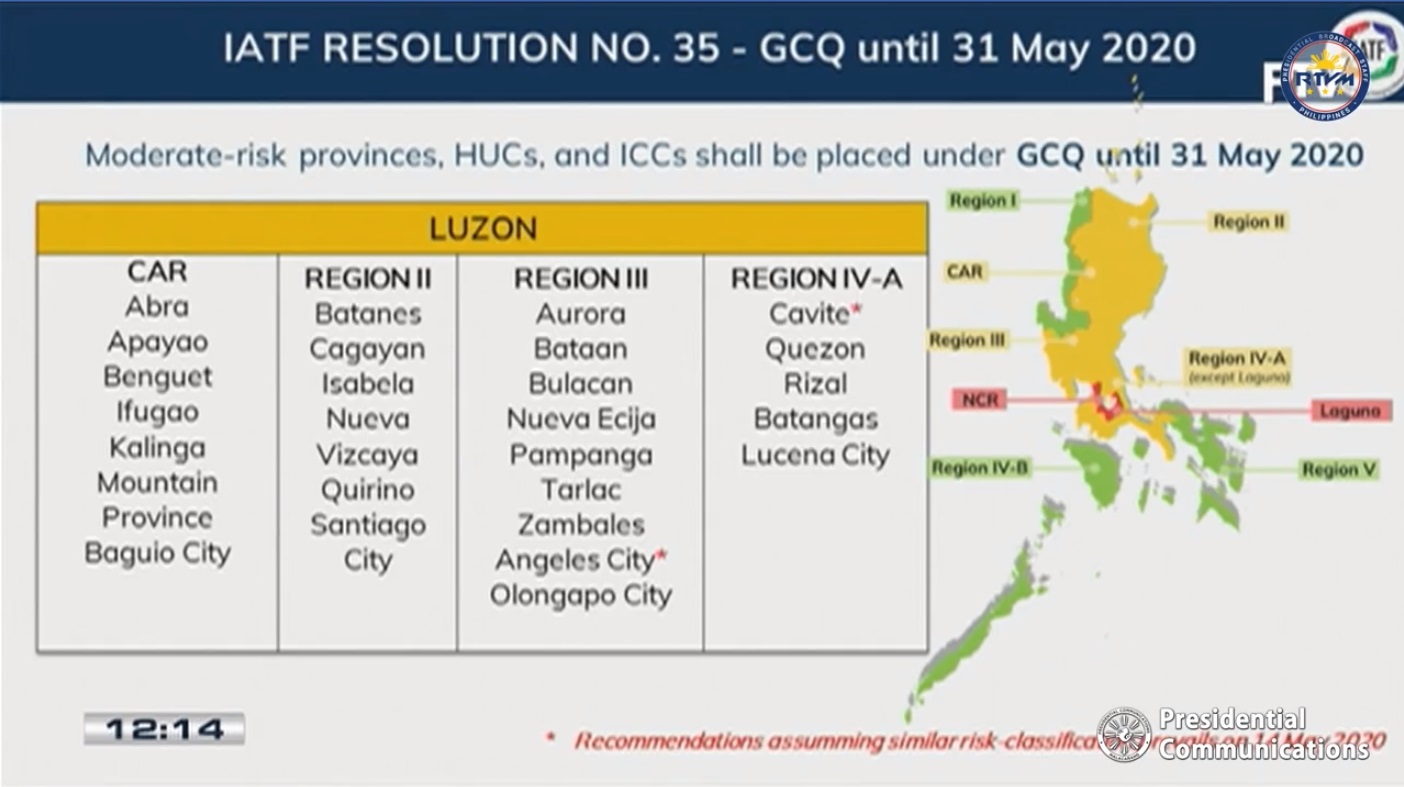 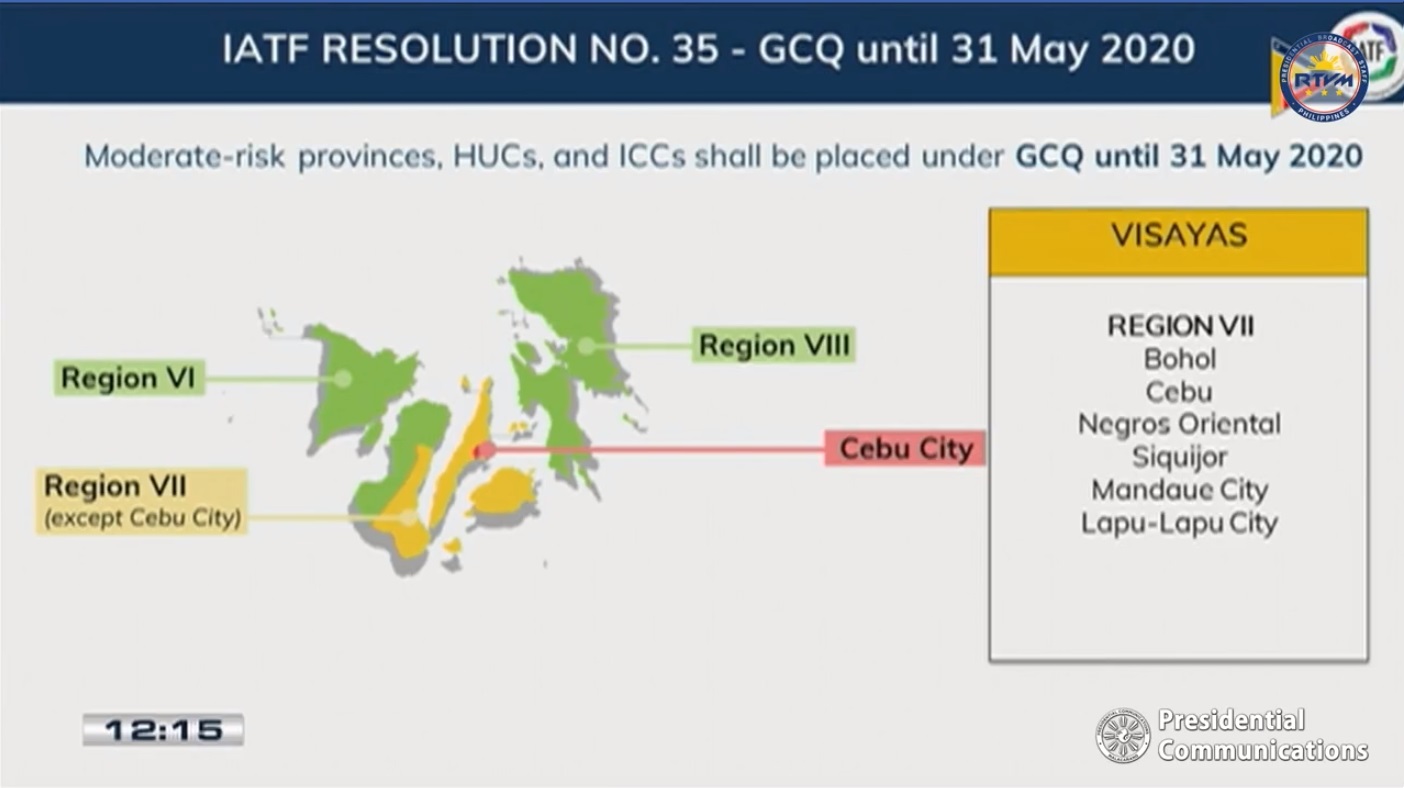 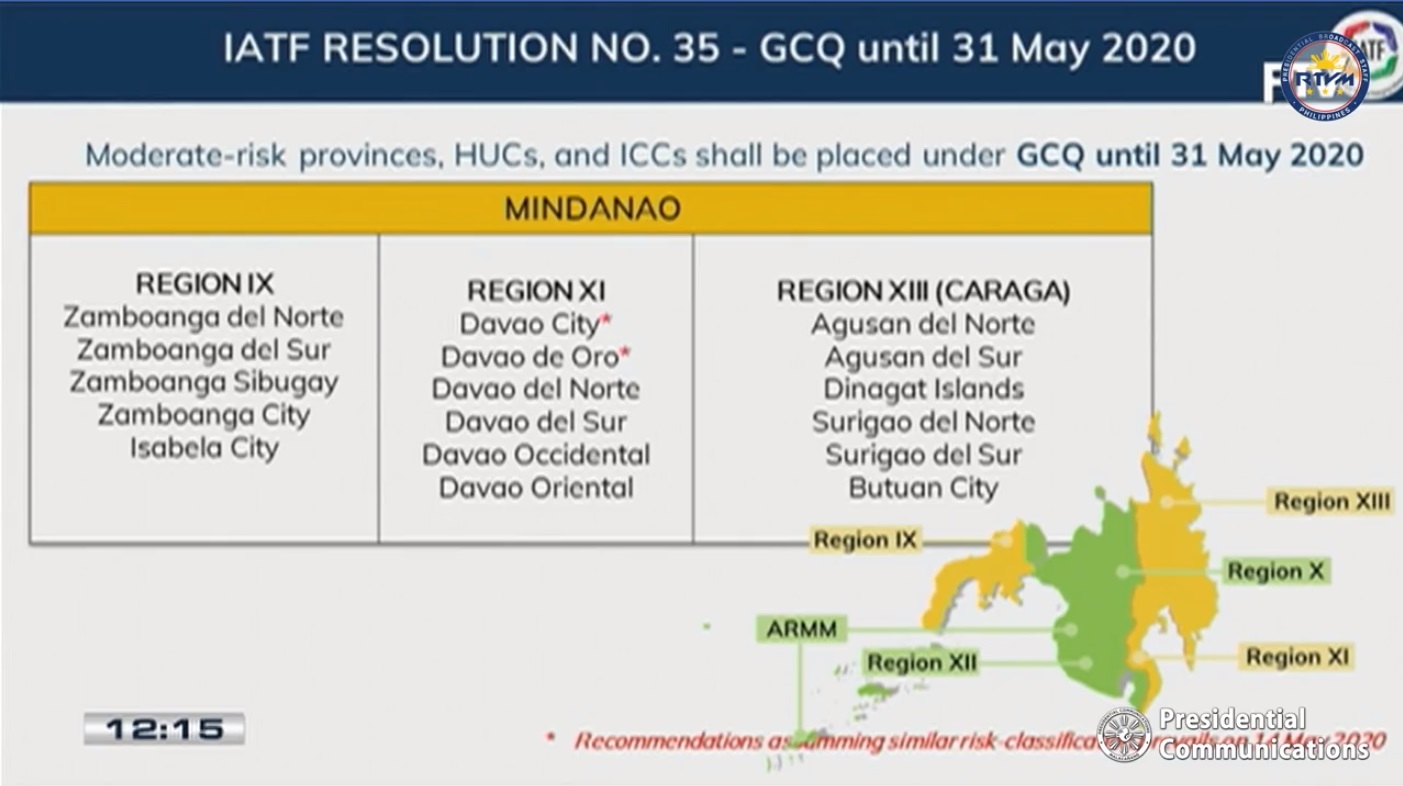 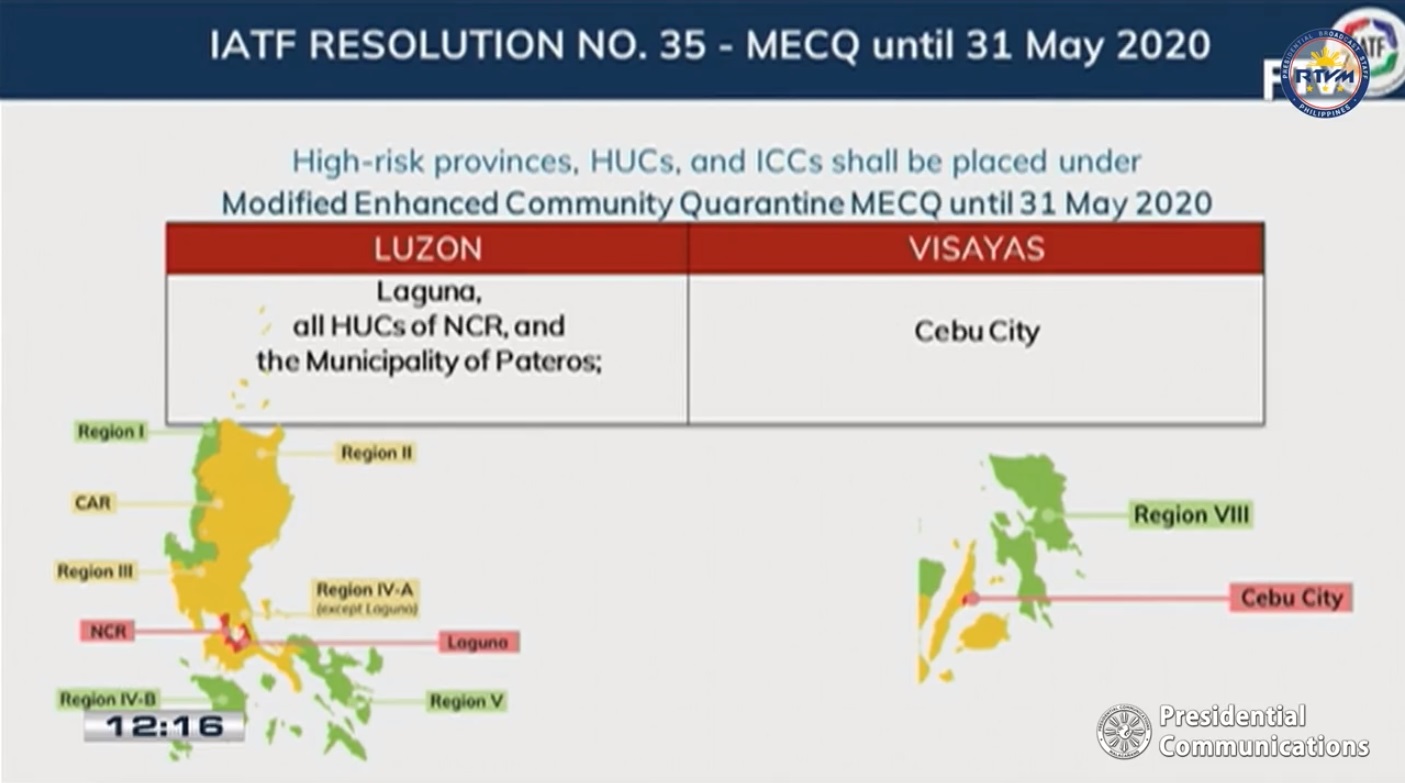 This story originally appeared on Topgear.com.ph.