Why Men are Restless in Relationships

What's with his commitment allergy? Cosmo finds out and offers advice should you realize that you're with a gun-shy guy.
by Jico Joson | Dec 9, 2012
Post a Comment
Featured

For women, men used to be easily pegged into two categories: the ones who were open to settling down and the ones who weren’t. A new hybrid breed of boyfriend is on the rise, however: guys who prefer long-term relationships but still need an escape hatch out of them. They’re devoted partners—some even serial monogamists—though they’re terrified of becoming fiancés or husbands. In other words, they’re relationship ready—yet still restless.

“These men are constantly struggling to balance two competing needs: one for safety and security, the other for excitement and the unknown,” says clinical psychologist Alon Gratch, PhD, author of If Men Could Talk. “By having a serious, long-term relationship that lacks total commitment, they think they’re getting the best of both worlds.”

Pinoys are prone to sowing their seeds during singlehood. According to a local Young Adult Fertility and Sexuality Study, 58 percent of married men admitted that they’ve had premarital sex, while 37 percent confessed that they’ve gone to bed with women apart from their wives-to-be. Of course, commitment-shy guys are nothing new. But those dudes of the past sacrificed solid connections for their freedom.

This new restless man wants to have his cake and eat it, too: a monogamous bond with the back door left slightly ajar. Cosmo explores some of the factors that contribute to that fidgety state of mind, and what you can do if you’re dating one of these guys. 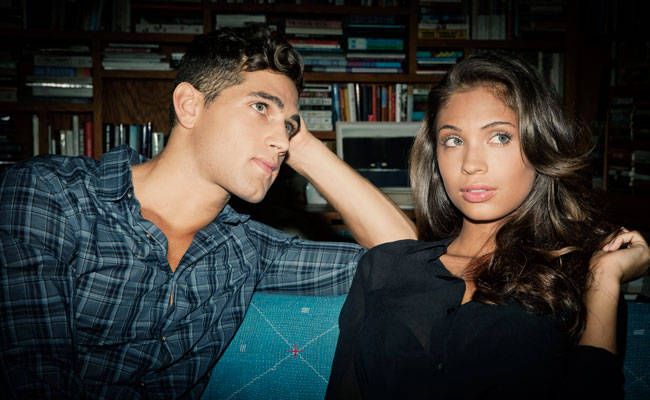 Prince Harry. Jake Gyllenhaal. They're one of the hottest free agents in the planet. "These guys are sending the message that you never really have to grow up. You can simply date for the rest of your life and still be considered a success,” says Robert Mark Alter, author of Good Husband, Great Marriage: Finding the Good Husband…in the Man You Married.

Still, even more than his fantasy role models, a guy is likely to be influenced by his real-life bachelor buds. And chances are, your guy’s pals are weighing in on his love life in a big way. “A man’s unattached friends can affect his relationship,” says clinical psychologist Paul Coleman, PsyD, author of The Complete Idiot’s Guide to Intimacy. “They may remind him of certain freedoms that he no longer has.”

Take it from Jason, 28, broker: “I was one of the first in my group of friends to get engaged and move in with my girlfriend. No one wants to be the guy who has to leave happy hour with his barkada because of ‘komander.’ And being teased about how ‘in love’ I was made me paranoid that I was going to lose my friends because I was serious about my relationship.”

If you’re worried this is happening with your guy, take the initiative to help him find a balance. “Let him know you trust him and that if he needs more time with his friends, you’re fine with him taking it,” says Michael French, author of Why Men Fall Out of Love. Also, make an effort to hang out with his buddies more often—but don’t push it by trying to get in on all of his guys’ nights. “Having you together occasionally may help defuse the pressure of having two sides of himself to choose between the guy he is with his friends and the attached one he is with you,” says French.

We’re living in a culture of too many choices. Go to a speed-dating event and you’ll have dozens of prospective partners to choose from; log on to Facebook and that number expands to thousands. It’s like being a kid in a candy store. And men are affected by this fact more than females. While a woman might meet one great guy and stop looking, guys—many of whom are addicted to novelty—are more tempted to keep shopping. The problem? “Men often don’t recognize the right person because they’re too busy looking for someone new,” Alter says.

“When I joined a match-making site, I met a great girl right away. She was everything I wanted: smart, cute, funny,” says Mike, 30, banker. “But after two months, she suggested we both take our profiles down and become exclusive, and that’s when I broke things off. As much as I liked her, I couldn’t help thinking that if I was able to meet someone as cool as her after only being on the site for a few days, imagine who I could meet if I looked longer.”

In our option-heavy era, a little curiosity about who else might be out there—especially in the early stages of a relationship—is only normal. However, a red flag that he may not be ready for a real commitment is a constant push-pull: He gets superclose for a few days or weeks at a time and then pulls away. This leaves him semi-connected but still emotionally available to move on should he get the urge.

Another sign is if he avoids talking about the future with you or overtly checks out other women in your presence. If he ogles the girls in your Cosmo mag or admires an über hot girl but is otherwise on the same page as you, don’t sweat it—you probably have nothing to worry about.

Think that agreeing to “live in” with him guarantees a ring around your finger? Think again: A 2005 Social Weather Station survey indicated that 87 percent of Filipinos with a live-in partner are still hoping to find The One someday. In a way, these statistics may show that playing house is appealing to the new boyfriend-slash-bachelor. “It gives him stability and an eventual get-out-of-jailfree card tucked into his back pocket,” Coleman explains. While living together has benefits, dragging it out can be dangerous. “The longer you remain in a monogamous but uncommitted relationship, the less necessary making a commitment seems,” he says. “That’s why many couples who live together too long don’t end up getting married.”

That reality set in for Eli, 32, events associate, after moving in with her boyfriend. “I thought it would only be a matter of months before we got engaged. But instead, he lost his momentum. Marriage was on my mind, but his attitude was ‘Why ruin a good thing?’”

If you sense that your guy is stalling, set a timetable. Broach the subject (in a firm, frank, but non-whiny way) by saying, “It’s important that you do what’s best for you, but I need to do what’s best for me. And I want a permanent relationship. So if we haven’t taken things to the next level by [X time period], I don’t think I’m going to be able to stick it out.” It’s an awkward conversation, but you can’t afford not to have it. Says Coleman, “If he doesn’t want to take it to the next level, at least you’ll know where he stands and can start to move on with your life.”