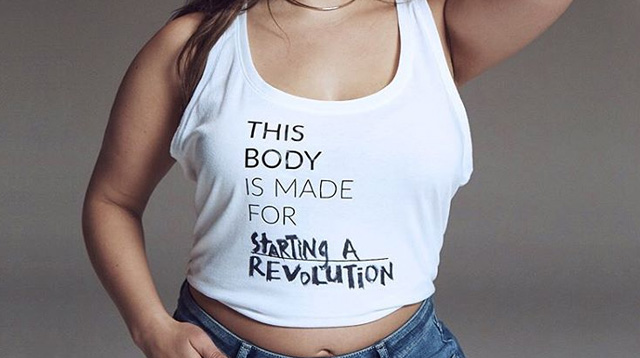 Supermodel Ashley Graham is one of the women fronting the campaign. Doesn’t she look amazing?!

“This body is made for love.” We agree!

Recently, the brand released a 30-second clip that’s all about confidence and empowerment. The black-and-white video features women embracing their bodies in Lane Bryan’s line of underwear and swimwear. Watch it below:

But according to Cosmopolitan.co.uk, US-based networks NBC and ABC have banned the ad from being aired on television.

Yes, the ad features nudity. At one point, a model even breastfeeds her baby. But just what makes this particular commercial so offensive? It can even be argued that what is presented in this video is more realistic than advertisements that rely excessively on Photoshop—and there are loads.

A representative from the brand told the website, “What is too much for some does not hold true for others. All women should be celebrated and feel empowered to express themselves as they see fit. We want her to know she can attract as much media attention, look just as striking as any woman, and decide what beautiful means to her.”