At last night's ABS-CBN Ball, which used to be known as the Star Magic Ball, there was no shortage of ~*cool*~ makeup looks and hairstyles. Scroll below to see all the eye-catching trends we spotted!

It's official: Fresh, glossy complexions are back!

Her cheekbones would ~*sparkle*~ every time they were bathed in light.

It's hard not to notice the gleaming high points of Barbie's face. 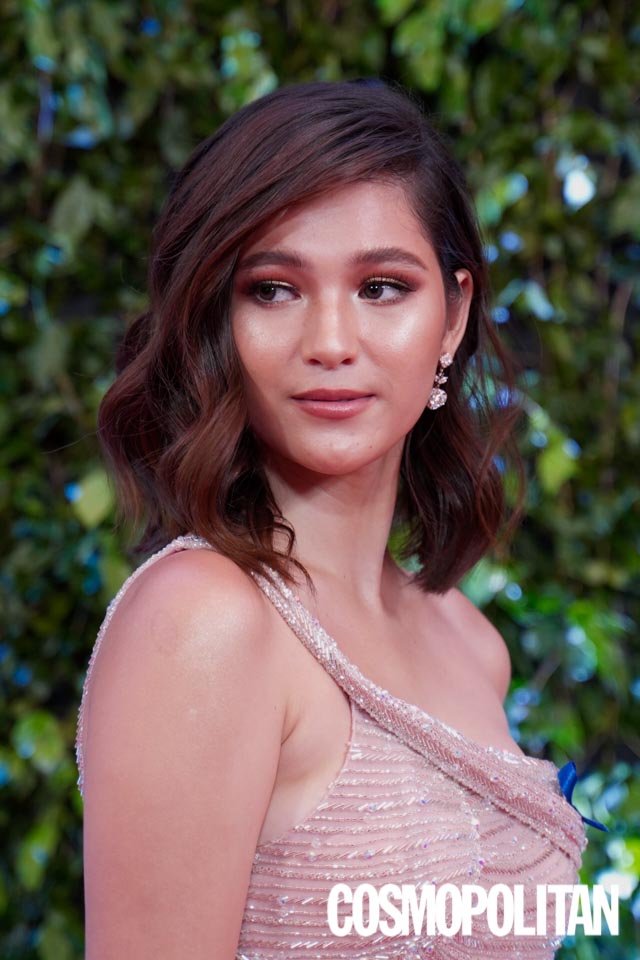 Who needs Kardashian-esque baking when highlighter can emphasize your contour better?

Wavy tresses had their time in the spotlight, but it's time for sleek, straight strands to take over!

A simple lob for a simple makeup look. Love it!

Bea looked polished in her sleek, yet voluminous blunt lob. 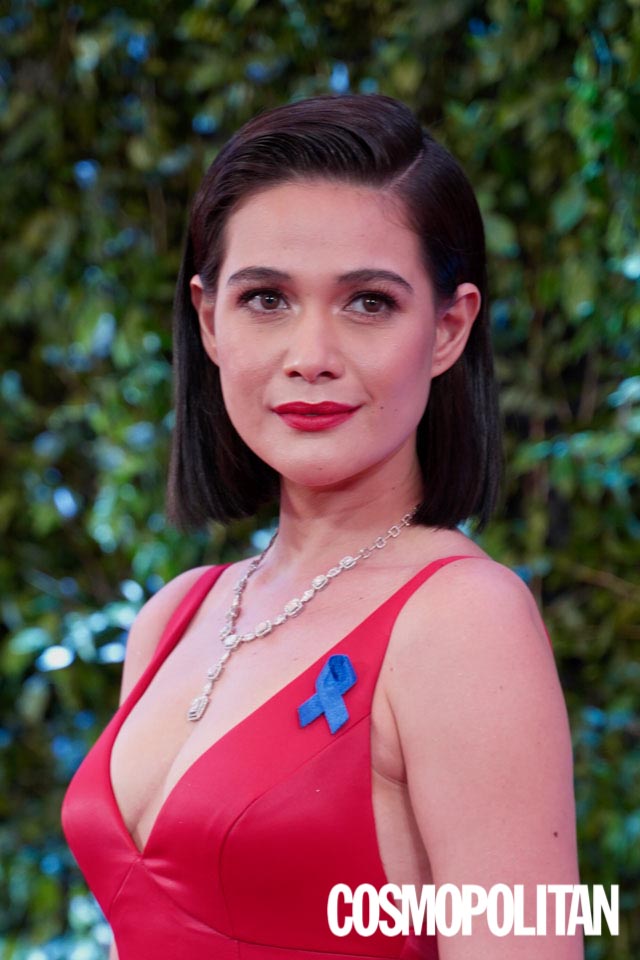 Although Ritz chose to wear a wig, her faux lob made it to our list!

This hairstyle can make any hair texture look polished and clean. 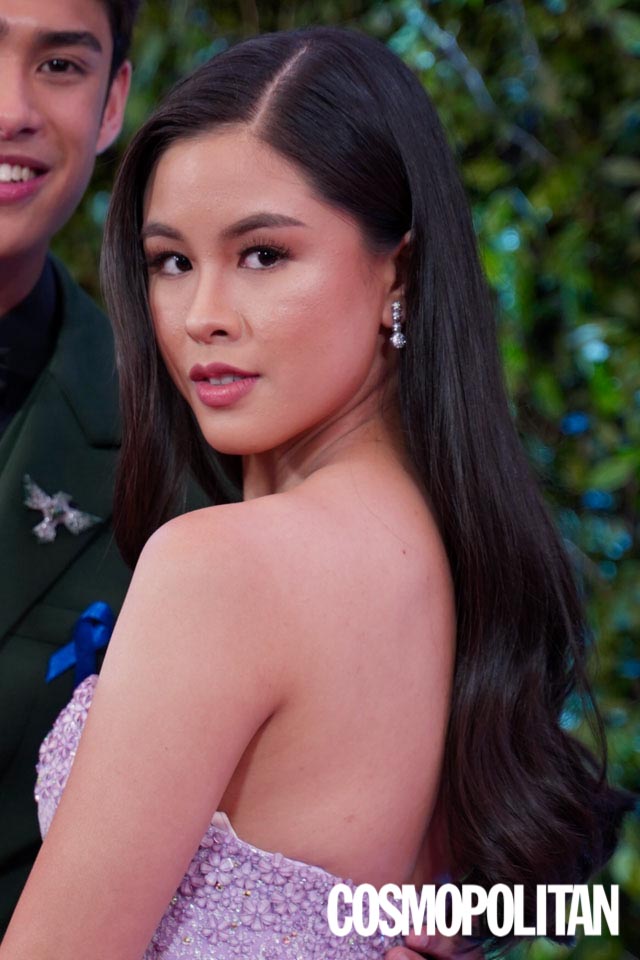 Her slicked back tresses brought out her beautiful accessories and bejeweled dress!

The hot momma is looking ~fine~! 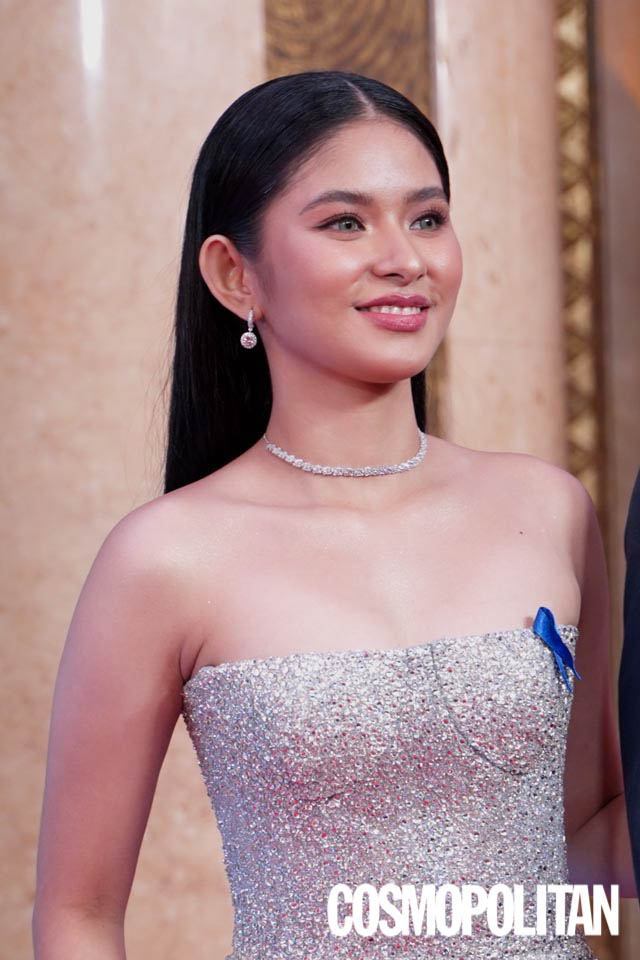 Maricar's signature look as of the moment is a pixie, and its sleek version is just too chic!

The biggest and coolest surprise of the red carpet was the return of concealer-like nude lips!

When you've got bronzed skin and sun-kissed highlights, swiping on a peachy nude lippie is a no-brainer. 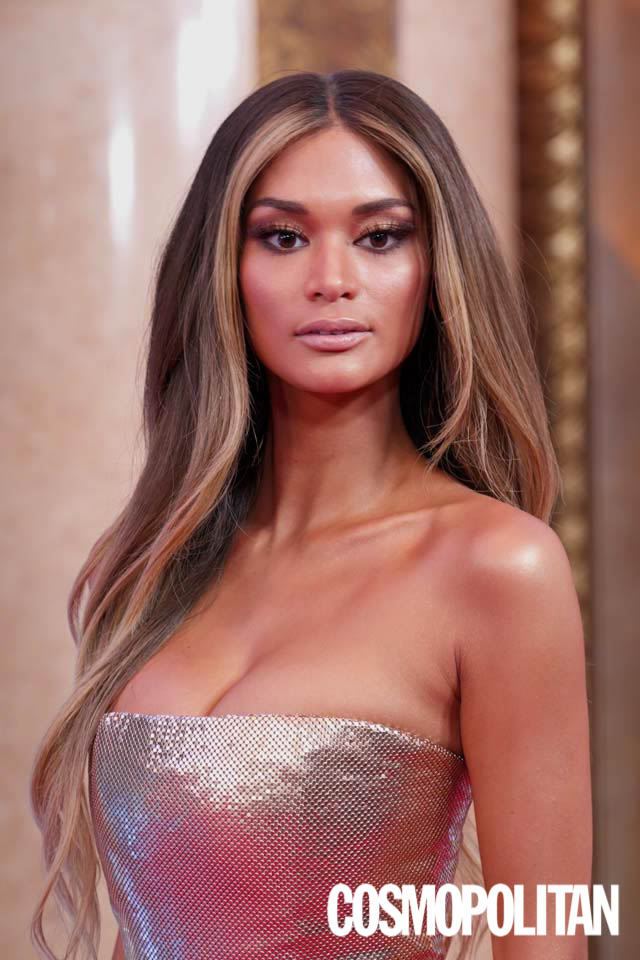 Maja didn't go easy on the highlighter and bronzer, but she downplayed her lip color to create a cohesive look.

Thanks to her chic lip ring, her glossy nude pout was given extra shine and dimension! 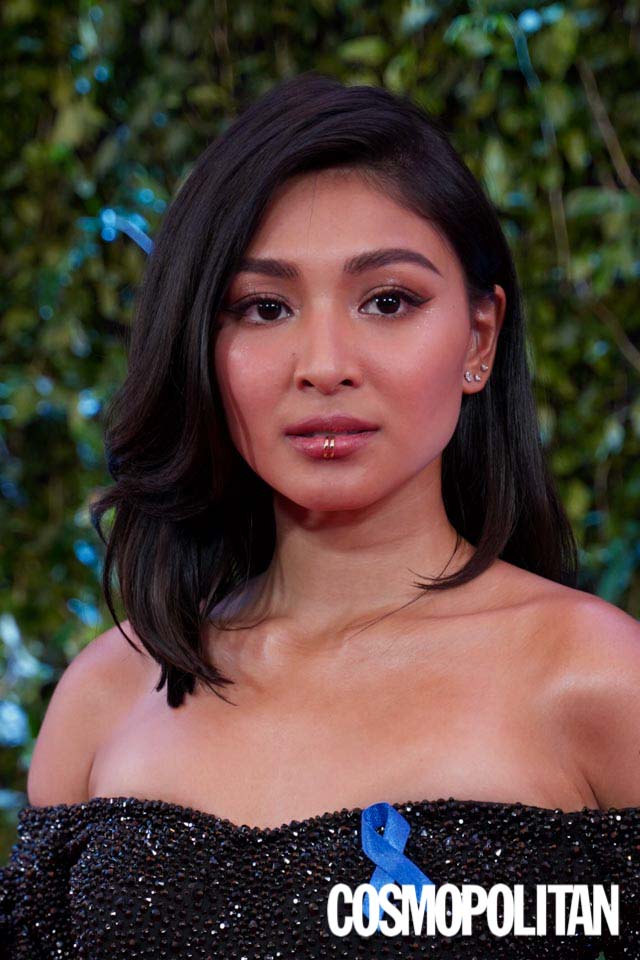 Say hello to the other popular hair trend of 2018! Celebs wore their fringes loud and proud during the ball.

When Yassi stepped on the red carpet sporting a new haircut, we didn't recognize her at all. She looks so good! 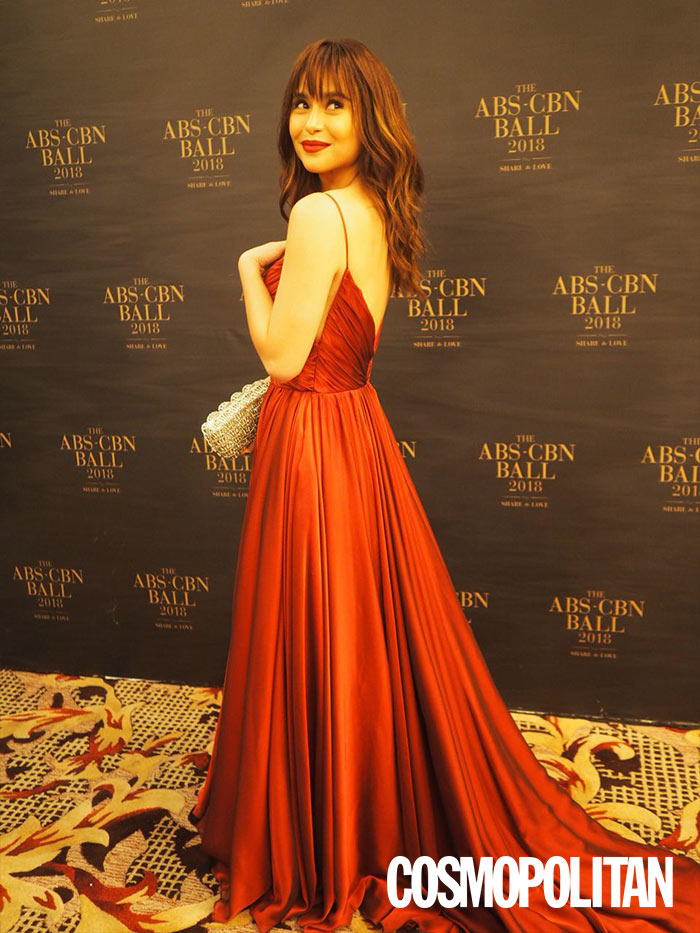 Julia's outfit took a cue from 2000's style icon, Paris Hilton, but her wispy bangs and messy updo was v 2018! 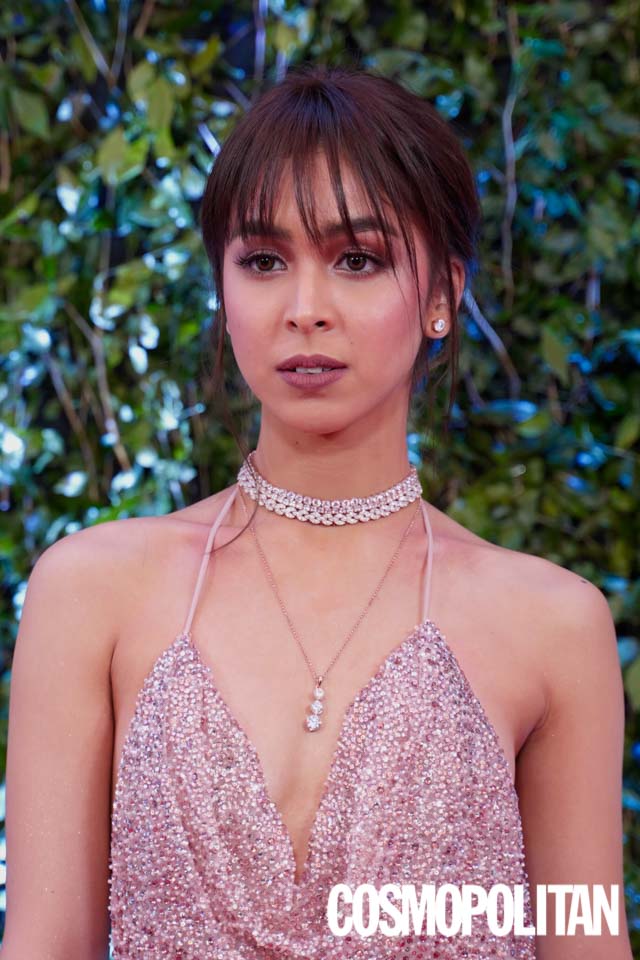 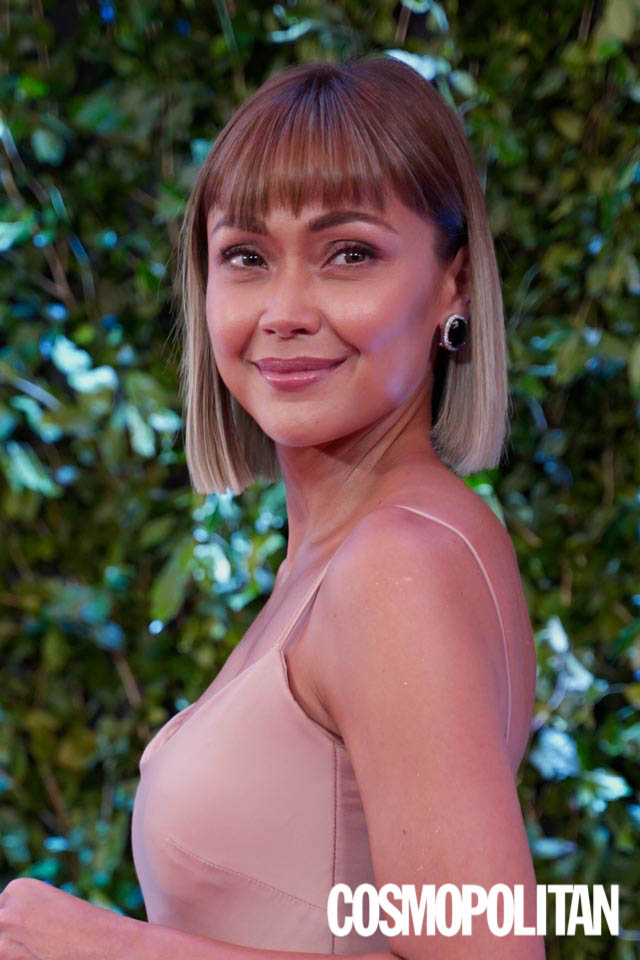 The beauty queen looked so good with a wispy fringe and soft waves!

While we're pretty sure this is a wig, Liza's new 'do, paired with her red lip, made her look like a princess from a fairytale! 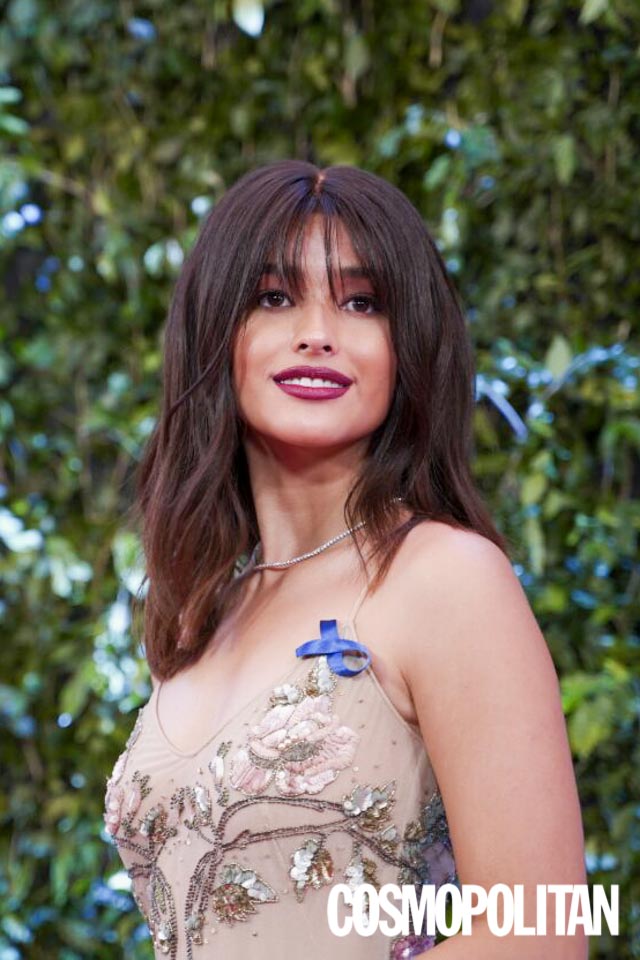 An up-do with a soft fringe is a classic combo!

Her "undone" hairstyle gives a nice contrast to her glamorous dress. 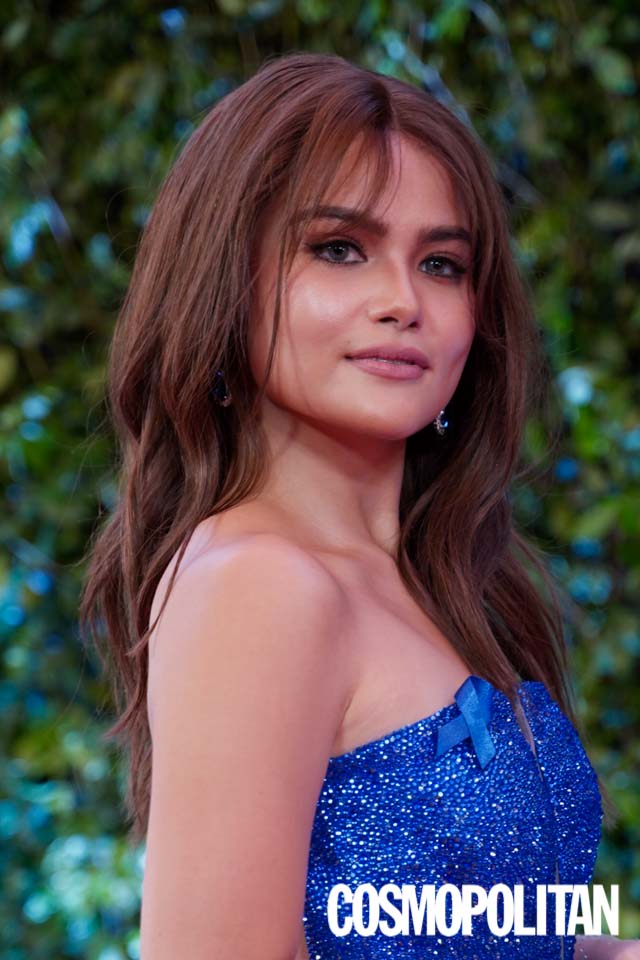 We love it when celebs experiment with colorful makeup looks. From monochromatic to contrasting, see these inspiring beauty pegs below.

To complement the star of her ensemble, her red-pink gown, Sue opted for red lips and red underliner! This only proves that a monochromatic look takes the stress off trying to match your eye makeup with your blush and lipstick!

What goes well with a blue dress? Pink makeup, of course!

Chic and low was the name of the ponytail game last night!

Kathryn wanted to try something more sophisticated last night to shake things up.

Jessy opted to have waves before putting her tresses into a low ponytail for a romantic touch.

Mariel worked a bit of volume, and we think this style suits her face shape so well. 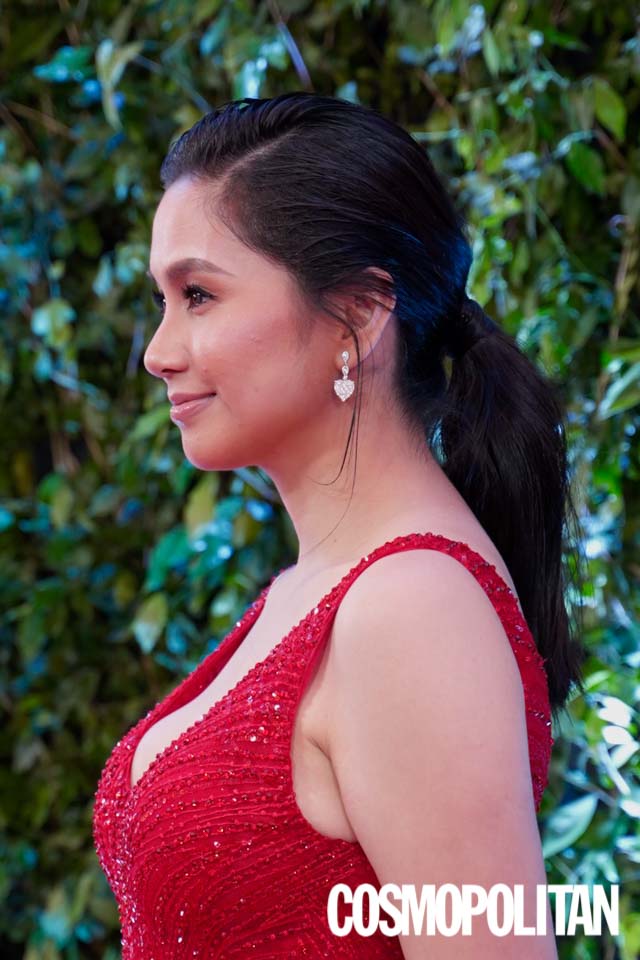 With a lot of celebs dressing up in blue to match the ball's cause, some opted to wear it on their eyelids instead!

Makeup artist Anthea Bueno opted to highlight Leila's eyes by putting baby blue eyeshadow on the tearducts, instead of all over the lids. And you gotta admit, the ethereal look totally works on her! 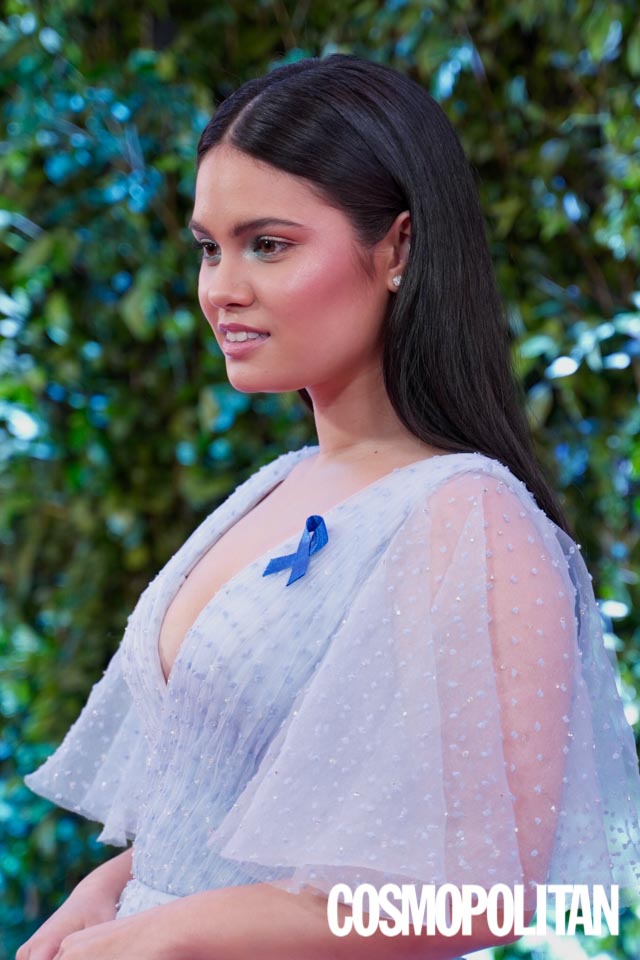 Since Coleen wore a fitted gold dress, her makeup artist gave her a crisp blue winged eyeshadow look to make it stand out!

The Most ~*Kilig*~ Couples At The ABS-CBN Ball Red Carpet

Chie Filomeno Just Showed Us Her Multiple Ear Piercings At The ABS-CBN Ball!

We're Gushing Over All These 'Zaddies' At The ABS-CBN Ball

Alexa Ilacad's Blonde Hair At The ABS-CBN Ball Is So ~Dreamy~!

UPDATED: All The Gorgeous Celebs Who Attended ABS-CBN Ball 2018

We Love Everything About Sue Ramirez’s Look At The ABS-CBN Ball!