People Are Raving That This Lotion 'Cures' Eczema

For those who suffer from eczema, it can be incredibly difficult to find a solution to the constant itchy and painful rashes and sores. Sarah Rudd, like many people, had tried countless creams and lotions to help her 4-month-old son's skin with no luck, until she tried Lush's Dream Cream. Amazingly, she says his skin is now completely eczema-free. 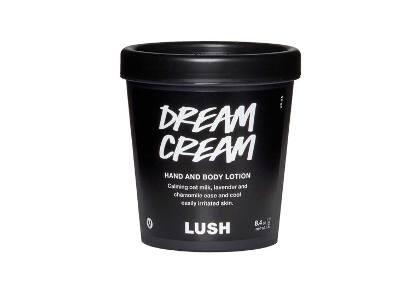 On March 22, Rudd posted a photo of her son, Cash, with scabs on his face and asked her Facebook feed for advice on how to help his eczema. She wrote that she had tried several products but saw no improvement. Then on April 7, Rudd posted more photos of Cash with a totally clear face.

"Nothing we were prescribed worked, even hydrocortisone cream didn't touch it," Rudd wrote. "[We] tried dairy free formula, Dermol, Nizarol, Aveeno, Oilatum.... nothing made a difference. After a shout out we were recommended Dream Cream by Lush and gave it a go; it's transformed his skin and he's now completely and utterly eczema free. For anyone else having a hard time, it's done the job for us."

Cash's incredible transformation has made people take notice. Rudd's post has more than 46,000 shares and Lush is having trouble keeping the Dream Cream in stock. But right now, the lotion is available—and with a four-and-a-half out of five-star rating, it sure seems like the real deal.

The high grade is due to more than 700 rave reviews of the product, including one that reads, "This stuff is THE most amazing lotion I have ever put on my skin...It is the lotion to end all lotions." Other people with eczema are echoing Rudd's sentiments, as one person wrote, "This is by far, the best hand cream I've ever had. I've had severe eczema on my hands since I was a child and I've never had a hand lotion that worked as well as this." Some people note the cream is on the pricier side, but still say it's definitely worth it.

This article originally appeared on CountryLiving.com. Minor edits have been made by the Cosmo.ph editors.