After 7 films, Kathryn and Daniel are finally taking their careers separately. 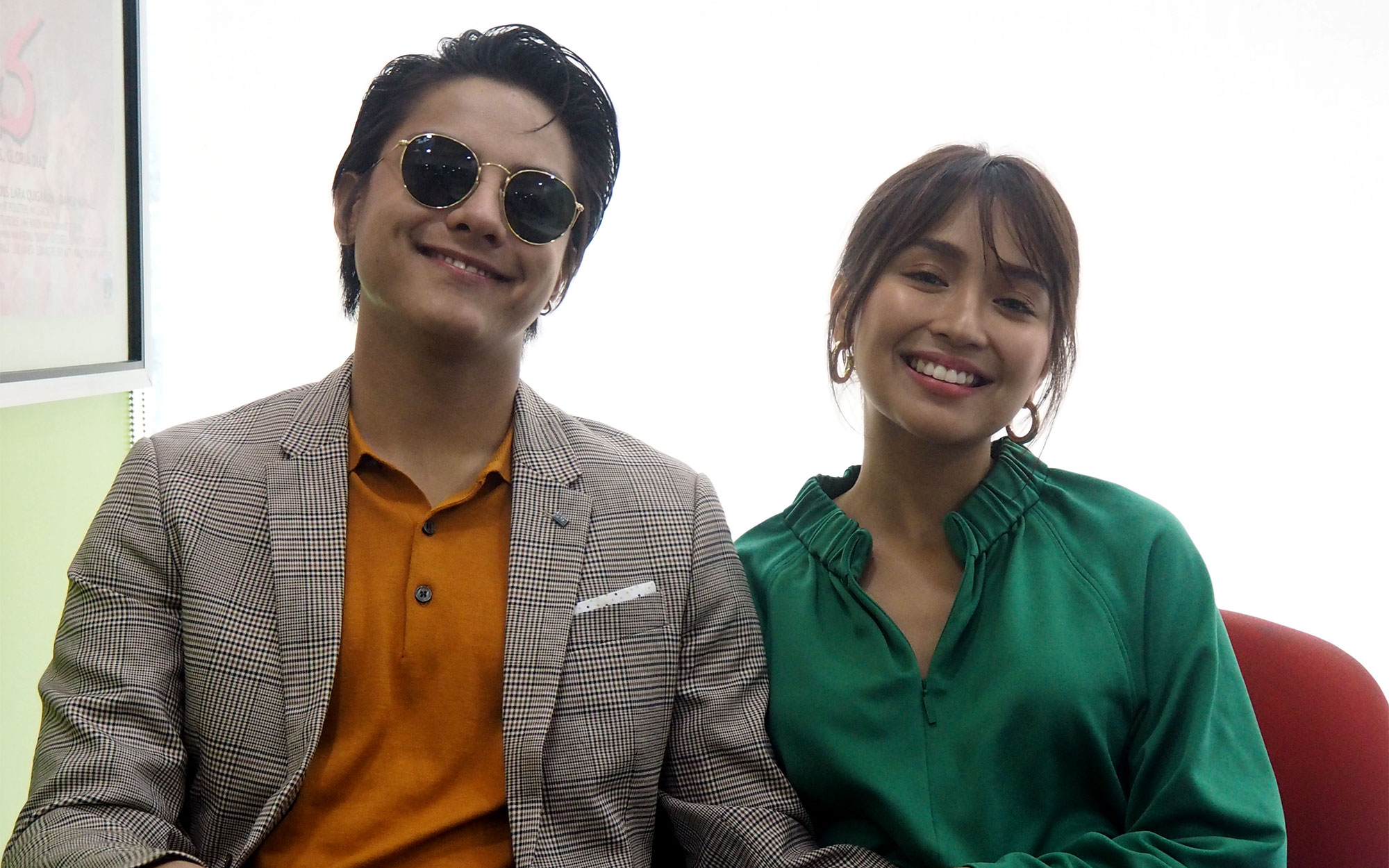 They've been ~together~ for so long that even Kathryn Bernardo and Daniel Padilla can't remember exactly how many movies they've done. The answer: seven. We've seen the pair (who call each other "bal,"  short for "kambal") grow up on screen on the afternoon teen show Growing Up and the romance series Princess And I, and in movies such as She's Dating The Gangster and Barcelona. We sat down to talk with them after a very busy press day, and quickly realized just how comfortable—and happy—they are with each other.

Since their new film, The Hows of Us, tackles how relationships eventually fall apart (and sometimes end) after the "honeymoon" phase, we talked about the previous generation's notion that ~millennials~ have a hard time making relationships last.

The pair have previously worked on light kilig movies (Crazy Beautiful You) and heavy drama (Can't Help Falling In Love). The Hows of Us, according to Kathryn, is a combination of both genres. "Andito yung drama and nandito yung rom-com na na-miss nila samin. Mahirap 'yon especially for Direk Cathy [Garcia-Molina], kung paano i-balance yung dalawa."

This balance, not too dramatic and not too light, is what the viewers should look forward to when they go see the film. "Hindi mo alam kung ano yung mararamdaman mo, kung paano ikukwento," Kathryn adds.

We're always curious about artists and their connection to the different characters they portray. In The Hows of Us, Kathryn plays George, a go-getter who plans to become a doctor, while Daniel takes on the role of Primo, a happy-go-lucky lead singer of a band. Do they have any similarities to Primo and George?

The film is more than just two hours of kilig. Daniel adds that it's also about the realizations that couples face in a relationship: blessings that they sometimes take for granted and forget to be thankful for.

The hardest part about filming this movie? All of it. To them, there were no simple scenes. "Lahat mahirap, walang madali sa paggawa ng isang pelikula. Lalo na kung gusto mong gandahan," Daniel stresses. Kathryn nods in agreement. "Yung buong shooting from start to finish, nahirapan kami, especially ako." Since their characters were a lot different from their own personalities, they had a hard time internalizing, especially at the beginning—before the story became clear to them.

At the mention of Amsterdam, the couple starts gushing. It's clear that they're smitten with the city. Daniel even goes as far as saying, "Dapat taga-doon ako." While they initially wished for the shoot to be held in New Zealand, Amsterdam was amazing. "Na-in love kami," says Kath. (Fun tidbit: for future movies, Kath wants to shoot in a farm where there are horses!)

It was impossible for that video of Daniel whispering that he had to ~poop~ not to come up during the conversation. The pair start laughing, and Kath even exclaims, "Lahat tinatanong 'yan!" We wanted to know how long it took for the two of them to be that comfortable with each other.

After seven successful movies, solo projects are inevitable. Kathryn will be working on a new film with Sharon Cuneta and Richard Gomez, while Daniel will be busy with his upcoming concert, which is scheduled for October.

As the conversation came to an end, we had to ask: what's next for them as a love team?

"'Wag na yung as a love team," Daniel protests. "Itanong [mo] na lang, 'what's next for us bilang isang couple?'" We hold our breaths and Kathryn gives him a look, waiting for him to announce...something.

Everyone laughs, including Kathryn: "Akala ko may ibang sagot!"

After years of speculation, the couple (finally) confirmed that they are, indeed, in a relationship, during their press con for The Hows of Us (and we couldn't be happier for them!). Maybe this time Daniel couldn't say what's next for him and Kathryn as a couple, but we'll be waiting to find out.

The Hows of Us opens in cinemas nationwide on August 29.