An Honest Review Of 'Something In The Rain'

Jung Hae In is ~*finally*~ the lead in this K-drama! 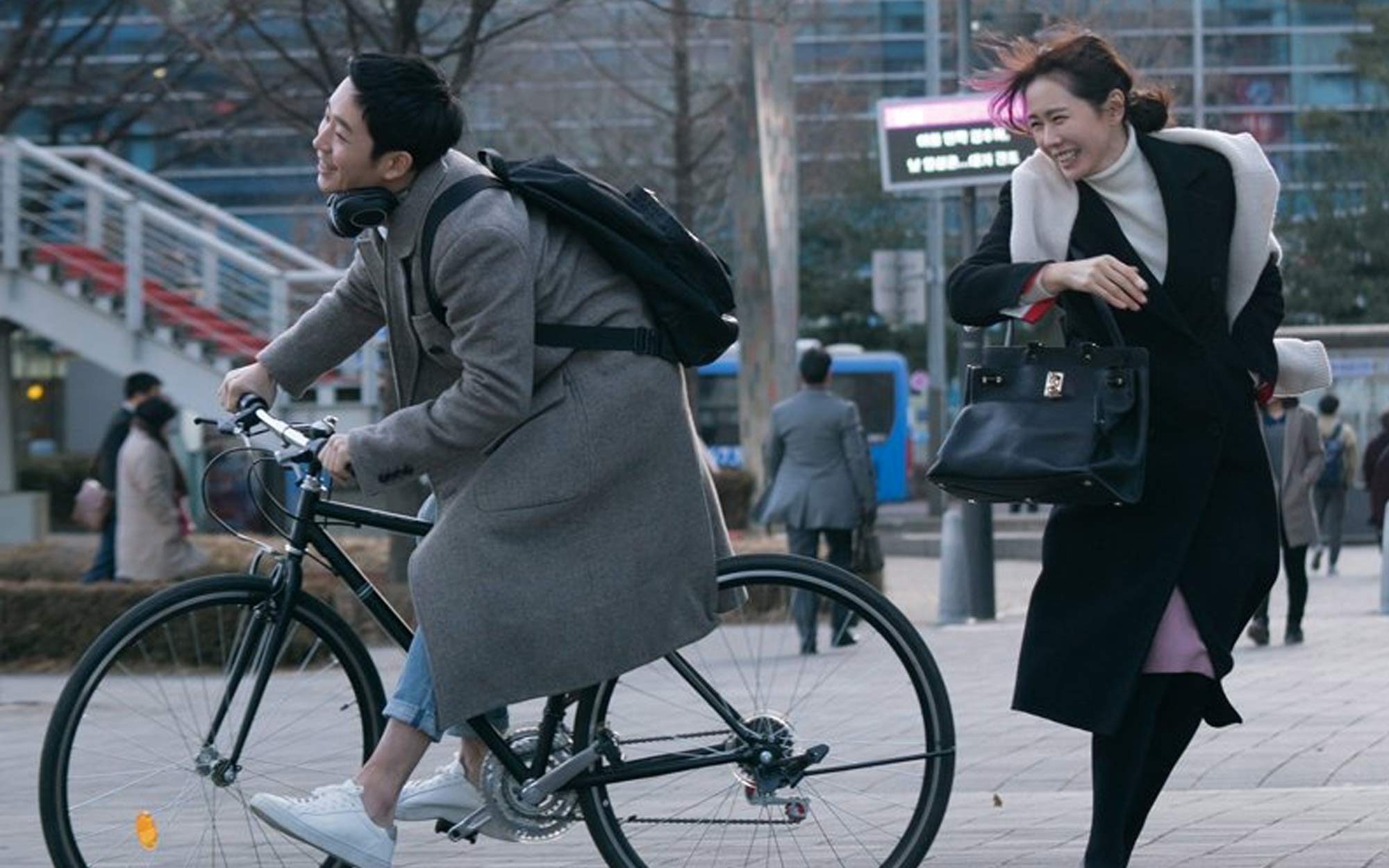 It's an against-all-odds love affair!

Something in the Rain centers on the life of Yoon Jin-ah (played by Son Ye Jin) a single woman in her mid-30s. She works as a manager for a coffee franchise company and lives with her parents. She finds it impossible to find a man that truly cherishes her and doesn't take advantage of her. She spends most nights drinking her troubles away with her best friend, Gyeong-seon (played by Jang So Yeon).

One day, Jin-ah runs into Gyeong-seon's younger brother, Jun-hui (played by Jung Hae In). He came back home after working abroad for a while. Jun-hui ends up working in the same building as his noona (how Korean guys refer to their older sisters and to women who are older than they are). Jin-ah and Jun-hui find themselves getting closer over lunch breaks at work. Eventually, they get caught in an against-all-odds love affair (the odds being Jin-ah's BFF, parents, officemates, and ex-boyfriend).

A young-looking guy—who, tbh, is not that young—falls in love with a noona—who is not that old. They develop their feelings unwittingly. Since it's not really a conventional relationship, they have to hide it from the guy's sister (who is also the heroine's BFF) and her family until they either fess up or break up.

Jung Hae In as Seo Jun-hui

It's almost impossible for Hae In to not be on your radar if you're a K-drama fan. He was the minor character Tae Hee-oppa in Goblin (2016-2017) and the epitome of the second lead syndrome in While You Were Sleeping (2017). Before Something in the Rain, he starred (and won a Popularity Award!) in the comedy series Prison Playbook (2017-2018).


Jang So Yeon as Seo Gyeong-seon

So Yeon has played various roles—usually mature ones—in dramas before. She most recently played the helpless mother of Kim So Hyun's character (So-yoon) in While You Were Sleeping.

"The news about Jung Hae In as a lead role in a K-drama made me excited! Second lead to lead REAL QUICK! Finally! Something in the Rain makes me more into him and proves how great an actor Jung Hae In is. The plot is simple, a bit cliché, in fact, but the characters made an impact in every scene. Every episode is a beautiful torture! May mas iro-romantic pa pala si Joon Hui kaysa kay Woo Tak!"—Jane Capinpin

"I watched the show to see more of Jung Hae In, and he certainly delivered for his first lead role. The series is never short of kilig scenes with noona Son Ye Jin. It's basically a mix of romance and drama that will leave you wanting for more. And after watching the series, Jung Hae In definitely raised the bar for all boyfriends out there!" —Mari Beronio-Ortega

After seeing him as Woo Tak in While You Were Sleeping, I couldn't help but become a fan of Hae In. I think a lot of girls had a bad case of SLS (second lead syndrome) like I did. So when I did a Goblin re-run recently, Tae Hee-oppa seemed ten times cuter. When Something in the Rain was being promoted before it premiered, I was so excited to see more of him—with a lead role in a romantic TV drama, finally!

I wasn't disappointed—he was all charms and sexiness in this series. Like his portrayal of Tae Hee and Woo Tak, Hae In was believable as the effortlessly attractive Joon-hui. You'd really think he was head over heels for Jin-ah and that he's really a passionate and protective boyfriend. Of course, he had his faults—not caring what others would say and being too hot-headed—but it doesn't make him any less loveable. (And it can make you so thrilled that he's holding a fan meet in the country soon!!!)

What I didn't expect was to be girl crushing on Son Ye Jin! I couldn't believe that Jin-ah was "undateable" in the drama because Ye Jin looked equal parts innocent and seductive (don't get me started on those sexy legs! LOL!). But she did play her character believably. She had a hollow life until Jun-hui turned it around, and she acted like a lot of women would in the crises she faced.

Out of all the themes of the drama, though, the most relevant one for me was how Something in the Rain addressed sexual harassment in the workplace. They showed it as how it sneakily occurs: When a handful of women wouldn't let men take advantage of them—but then would just let fellow women suffer through it to avoid conflict with the higher-ranking men in the office. It also showed how crucial it is for the victims to speak up and address the issue in the proper avenues, similar to what's happening now in the U.S. and locally.

(P.S. The drama's resolution to the issue wasn't that strong, but we women really do need to take a stand and report sexual harassment in and out of the workplace. If your company's management and the authorities are too intimidating, there's Gabbie. This anti-harassment chatbot created by Gabriela Philippines can help you sort it out.)

Despite touching on sexual harassment, plus the age gap issues, and all the secrecy involved in the plot, Something in the Rain is just a light romance. It's perfect for sulky days when you want to feel better and you're okay with some cheesiness. For me, it's even a perfect nightcap, especially with the soundtrack and Hae In's adorable eyes and smile to lull you into sleep and induce sweet dreams.

Anyone who agrees that "sometimes, it's hard to be a woman" and knows it's even harder when you're "giving all your love to just one man"—whom your parents and bestie don't even approve of!

Catch the complete episodes of Something in the Rain on Netflix!