OK listen, dogs are taking over the Internet, and we cannot allow this to happen.

There’s more: BBC, Salon, and The Outline, have also all written about the alleged trend. And now the Dogs vs. Cats debate has taken over Twitter, creating a sense of divisiveness.

Well, I’m here to defend the honor of the true OG Internet kweens—a title they deserve to maintain.

Cats are often insultingly associated with women. From having “cat fights” to being called “catty,” from receiving the title of “cougar” to being called “the p-word.” Oh, and let’s not forget “crazy cat lady.” Ever heard of a “crazy dog man”? Yeah, me neither. 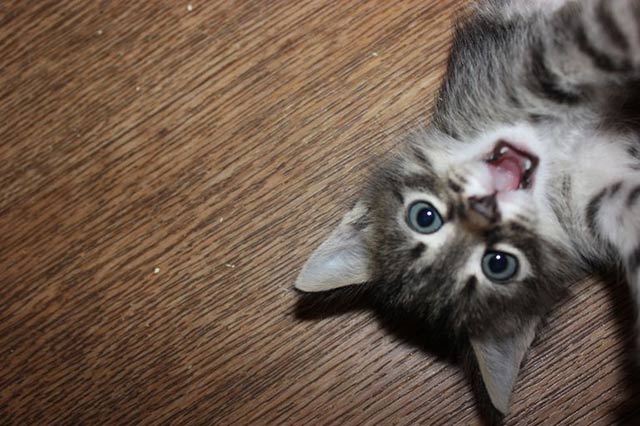 But cats are actually the ultimate feminist animal. They're independent AF. They do what they want when they want. They don’t need you, and they would literally eat you if you died and they were left without food. Which, honestly, is pretty badass.

Don’t get me wrong—I love dogs. I grew up with five (yes, five). Dogs are happy and fluffy and furry and smiley. They fill the internet with heroic stories of Good Boys rescuing their owners from dragon-guarded towers to pulling cars off humans in distress to finding the cure for the common cold. They are that overachiever from your high school who brought the teacher a daily apple and took only AP classes for fun.

Dogs are loving pets who are wonderfully oblivious to the world that is on fire around them (a fire that a gang of cats probably started). But their affection is neither complex nor earned. It's easy.

Cats make you work for their love—they're not suck-ups or people-pleasers. They don’t need physical or emotional validation to know their worth. They’re sassy and smart and can summon a better bitch face than I could ever dream up. ~they are Beyoncé always~

Cats appear to be consistently one step ahead of the entire population. And they somehow look as though they can read your mind. As Kris Jenner once said, “This is a case for the FBI” — right before she called in a cat (probably).

Cats are the chaotic distraction our current Internet needs.

Cats added a sense of chaos to the Internet before we even knew we needed it.

Those beloved images of cats flying through unknown galaxies on the backs of well-known cartoon characters. The sacred videos of cats doing parkour through a New York City apartment Cats somehow squeezing their bodies into smaller-than-life cardboard boxes. Cats giving other cats massages. Grumpy Cat in all his angry glory.

While dogs give a quick and easy ego boost, they are essentially blissfully unaware children who need us to survive.

Cats are realists. They are the tell-it-like-it-is, self-sufficient adults we want to be. And they are the chaotic distraction our current Internet needs.