John Lloyd Cruz Dishes Tips On Finding The One

We know how much you love this actor, so Cosmo.ph sat down with him for an exclusive convo on how a woman should really treat the search for "The One."
by Dawn Niekamp | Jul 26, 2011
Post a Comment
Featured 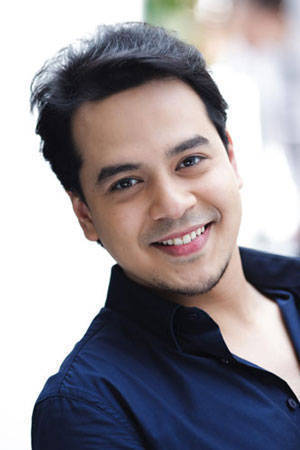 John Lloyd Cruz is one of those gorgeous faces and sweet personalities we never tire of seeing on the big--or small--screen. At 28, he's an accomplished actor, model, and host who has won numerous acting awards. He's the Philippine's Box Office King, and for good reason!

We've watched him collaborate with many of the hottest female celebs in showbiz. In A Very Special Love and You Changed My Life (the "Highest Top-Grossing Filipino Film of All Time"!) he starred with pop princess Sarah Geronimo. We've witnessed the onscreen romance grow between John Lloyd and Bea Alonzo in the series I Love Betty La Fea, and more recently in early 2010's Miss You Like Crazy. Late last year, we swooned over John Lloyd as Pol in My Amnesia Girl, wherein he co-starred with this month's Cosmo Cover girl Toni Gonzaga. Rumor has it he'll be reunited with Toni in an upcoming movie, Kanto Boys, soon!

But, one of John Lloyd's unforgettable onscreen partners is his Imortal leading lady Angel Locsin. As two of the biggest names in the business (and two of your fave stars, we know, Cosmo chicks!), it's no wonder that John Lloyd and Angel were chosen to be the new faces of Head and Shoulders here in the Philippines.

We caught up with John Lloyd at a press event recently in Mandarin Oriental Hotel. Head and Shoulders launched their new Anti-Hairfall For Him and For Her variants, with an event themed "Finding The One." When asked to describe her Head and Shoulders commercial co-star, Angel only has nice things to say:

So Cosmo sat down with humble John Lloyd to get his thoughts on real life romance and, to follow the theme, finding The One. Does he even believe in it? Read on for the full interview.

How would you describe The One?

[The One is someone] who sticks with you through your toughest moments. Ako, I'm okay to go through several changes in life kasi you find out what you want and what works for you. Kaya naman I try to find the best one out there for me, one who will stick with me through thick and thin. 'Pag nagkulang, palitan. Pero 'pag tama, commit!

How would you know that a girl is The One for you?

Having said that, you go through several changes in life and you want to find out what's best for you based on your choices and your experiences. It [just] happens e, I don't go out looking for The One, 'no. Alam ko na when I meet her or when I see her. Then you try to go on dates, and then eventually mare-realize mo na you want to take it to another level. Siguro wala pa ako sa edad na parang kaya ko nang sabihin na "She's the one."

What's your advice for girls still searching for The One?

Okay, I guess you have to stop searching. The One just happens. Sabi nga nila, finding the right one for you, or when you fall in love, it's not like something that you can plan. You just have to wait and be patient, and stop dreaming na it's going to come. Be patient and enjoy the moment of being single. Eventually the right moment comes, and the right person will come, too.

Since you've been working with Angel for some time now, what do you like most about her?

We know you are seeing someone else, but is there any chance that you and Angel would be  seeing each other as The One? (Ed's note: John Lloyd's girlfriend, if you didn't know, is actress-singer-model Shaina Magdayao. Angel, of course, is dating Phil Younghusband.)

Of all the characters you've played, which is "The One" who is most like YOU?

That's a tough one, that's a tough one.  Sa [Maging] Sino Ka Man? Hindi. Masyadong macho. Hmm... Definitely lahat naman sila may nakuha ako sa kanila. Parang sinasabi mo na may naiimbibe ka, and madalas na iuuwi mo. Bits and pieces of all the characters--they're part of who I am now, definitely. To single out one character though, that's hard.

Well then, which did you find hardest to let go of? Which character really "stuck"?

Siguro si Eli sa [Maging] Sino Ka Man. Siguro si Eli kasi talagang it's about giving life to a certain character. Kaya that one, it was so intense, everything was so intense--the whole process, the characterization, 'yung length nung series. (Ed's note: The series had a total of 164 episodes!) So nagtagal talaga siya and it kind of stayed. And 'yung psyche niya parang, maco-confuse ka na: Is it [me] thinking, or is it the character?


Check out the gallery to see up-close photos of John Lloyd (and Angel!) at their Head And Shoulders shoot and press event!

Watch for our interview with Angel Locsin soon! We know how much you've been clamoring for her!