Selena Gomez's recent hospitalization has put a pretty big spotlight on Justin Bieber, with multiple "sources" coming out of the woodwork who clearly live for relationship drama. Not only have there been reports that Justin's "confused and conflicted" about Selena, someone told People that "he is not over" her.

Which, uh, sounds pretty alarming considering this dude just got married to Hailey Baldwin after a whirlwind romance. But despite speculation that things are rocky between Justin and Hailey, the pair looked more obsessed with each other than ever while out and about in Los Angeles on Tuesday, October 16. 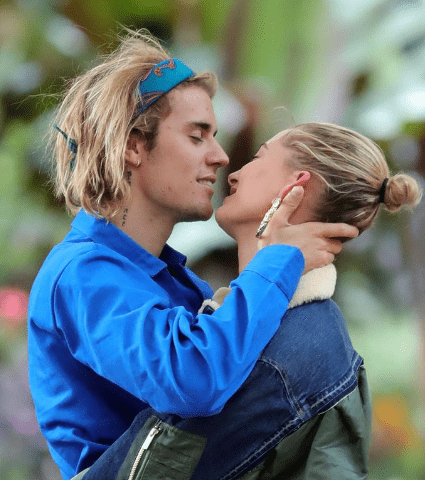 In fact, they were spotted making out by fans, and even let one person record their full EXTREMELY LONG kiss while people mused "This is true love right here!" and "This is so beautiful!" in the background.