Kylie Jenner and Travis Scott are on the cover of GQ

Kylie Jenner and Travis Scott front the cover of GQ, and they look ~*amazing*~!

And here's a bts of their shoot: 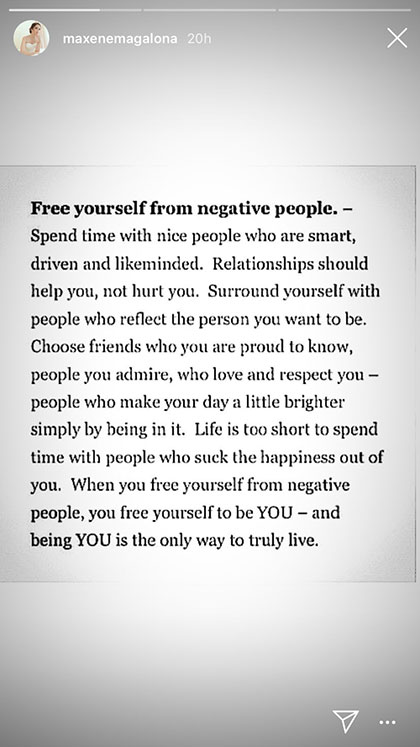 The two also no longer follow each other on IG.

Rachel Peters and boyfriend Miguel Villafuerte are giving us all the feels. The two recently celebrated their four-year anniversary with matching kilig Instagram dedications. Rachel thanked Miguel for "being [her] constant reminder that life is good."

Amanda and Dominic dated for three years after the first Mamma Mia movie. In an interview with The Mirror, Amanda revealed, "I think he has the same kind of issues that I would have if we were hanging out with his ex-girlfriend from long ago. I'd guess he assumed Dominic is in love with me the way he's in love with me. And it's just not the case. It's sweet. I'd rather he be jealous than completely fine with it."

Here's the official trailer of On The Basis Of Sex

Feminists, get excited: Felicity Jones stars as Ruth Bader Ginsburg in the movie On The Basis Of Sex. This biopic is all about the early career of the longtime US Supreme Court justice and feminist icon!