1 Kylie Padilla just debuted her growing baby bump! The Kapuso actress, who's five months pregnant, posted a photo of her showing her belly on Instagram Stories over the weekend. She wrote, "19 weeks and 6 days and my first prenatal yoga class." Kylie, who's expecting her first child with fiancé Aljur Abrenica, revealed her pregnancy in January.


2 Nadine Lustre was awarded the Favorite Pinoy Star of 2017 at the Nickelodeon Kids' Choice Awards. Girl still sent a thank you video to her fans AND was even slimed (!!!), even though she wasn't able to make it to the awards ceremony in Los Angeles. Congrats, Nadine! (Preview.ph)

3 Jake Ejercito would not back down on trolls attacking his five-year-old daughter, Ellie Eigenmann. The former presidential son tweeted a screenshot of a basher dragging his child into the online hate he's been receiving. Jake wrote a word of warning along with the screenshot: "Troll on me all you want if it pleases you. But all the fun will stop once you attack my daughter." (PEP.ph)

Troll on me all you want if it pleases you. But all the fun will stop once you attack my daughter pic.twitter.com/KiELIhj8rh

5 Lisbeth Salander will be back on the big screen! Columbia Pictures announced that it will be adapting The Girl in the Spider's Web, the global bestseller written by David Lagercrantz and the fourth installment of the Millennium book series created by Stieg Larsson. The film will feature an entirely new cast, including title character Lisbeth Salander (formerly played by Rooney Mara in 2011), and production team. The Girl in the Spider's Web is slated to be released on October 5, 2018 and will be directed by Fede Alvarez. 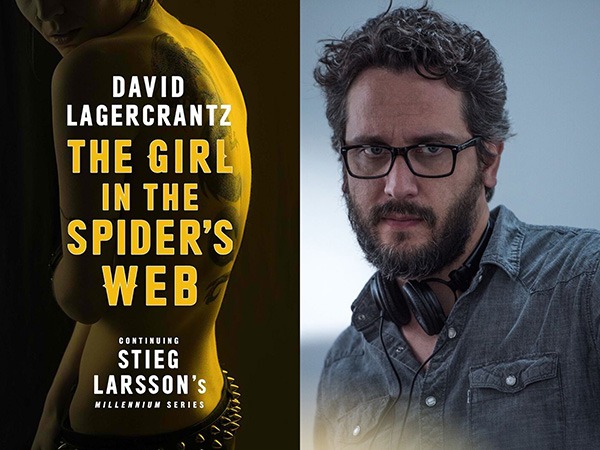