It must be true—love is sweeter the second time around!
by Steph Esguerra Olarte | Feb 23, 2019
Post a Comment
Featured

Maja Salvador is blooming, and we can't help but notice! Last week, we closed the case on her mysterious V-Day flower sender. Today, she just went Insta-official with her new beau, and it's the same guy!

Her double heart emoji says it all:

Celeb friends expressed their kilig over the Insta-announcement: 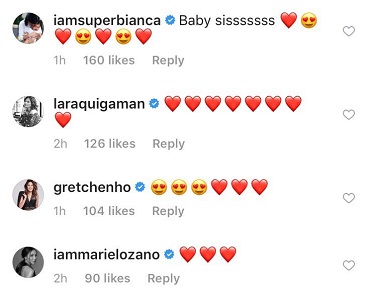 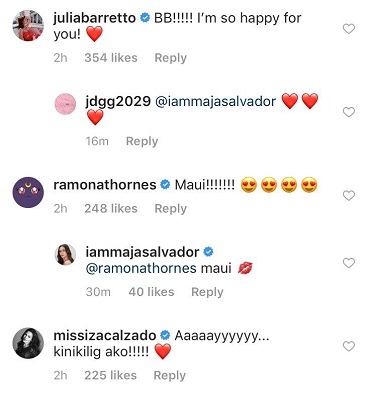 His name is Rambo Nuñez, who, according to Fashion PULIS, is president of a public relations firm. He was previously in a relationship with Victoria's Secret model Kelsey Merritt.

A few days ago, fans of the I'm Drunk, I Love You actress were quick to point out that the two were holding hands in a photo snapped at a product launch.

This is not the first time that Maja and Rambo reportedly have crossed paths, though. The two were reportedly dating back in 2010, which totally connects with the note that came with Maja's Valentine flowers: "Thanks for being my Valentine again after 9 years."

We're so happy for you, Maja!