1. Mariel de Leon says she wants to move on from her 'beauty queen' life

In 2017, Mariel de Leon was crowned Binibining Pilipinas-International. But she recently posted on her Instagram Stories that she has "closed that chapter" in her life. She explained that she believes being labeled a "beauty queen" limits women, and that shouldn't be the case. However, she also said that she is thankful for her past pageant journey "because I wouldn't have had the opportunities I've had if I didn't win BbP International." Read her full statement below. (Pep.ph) 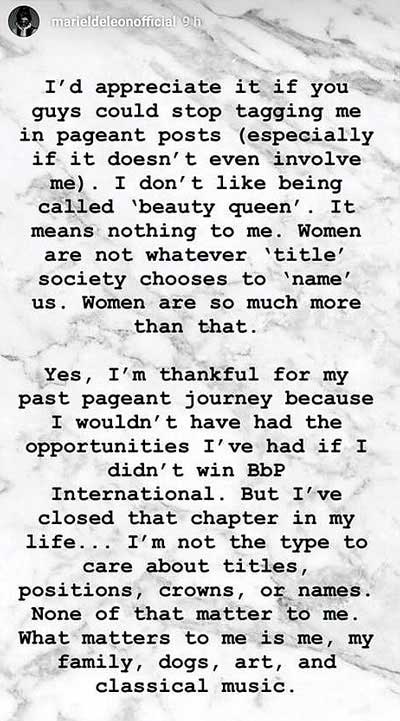 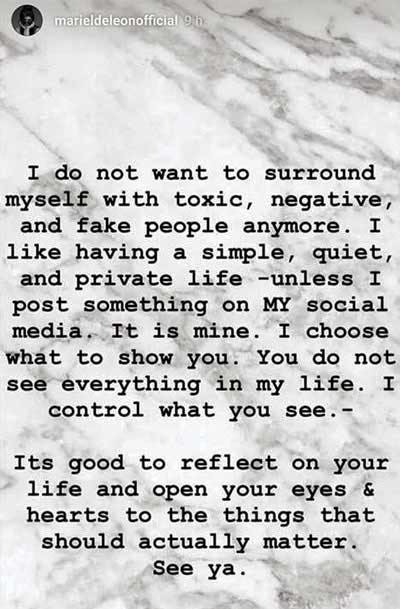 Continue reading below ↓
The General's Daughter Full Trailer: Coming in 2019 on ABS-CBN!

Scarlet Snow Belo is one lucky BB to have a one-on-one art session with none other than National Artist Ben Cab!

4. Maris Racal shares a video of her trip to the US

Maris Racal revealed she loves editing videos. Her first project? A collection of clips from her trip in the USA! We love how the video is raw and spontaneous, plus we spotted a sweet moment between her and Iñigo Pascual!

5. The Moffatts will be have a one-night concert in Manila

Remember '00s boy band The Moffatts, the ones who brought out hits like "I'll Be There For You" and "Miss You Like Crazy?" The brothers are coming back to Manila for a one-night concert! It will be at New Frontier Theater Quezon City on November 30. (Push)