Did Neil Arce just deny his rumored breakup with Angel Locsin by posting a video of them together?

Neil and Angel have yet to issue an official statement addressing recent speculations that they've called it quits after eight months of being in a relationship and 11 months of dating.

But in his Instagram Story on Saturday afternoon, October 13, Neil showed a video of him and Angel having an animated conversation inside his car.

Angel was in the passenger seat, expressing her surprise at what appeared to be a YouTube video showing the Kapamilya actress' supposed participation in a "Rules of Survival" gaming session. 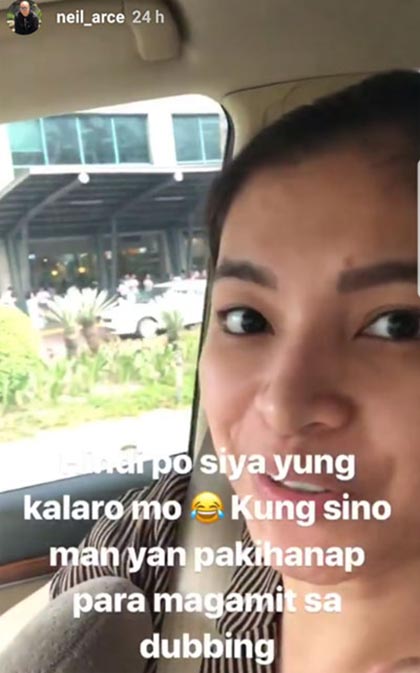 Netizens who saw the video noted it was proof that Angel and Neil are still very much together.

Rumors of the couple's breakup surfaced last week when netizens started asking why they haven't been posting any pictures together lately.

Other supporters of the couple pointed out, however, that it was not unusual as Neil was known stay on the sidelines like when Angel went solo at the ABS-CBN Ball on September 29.

Neil was not with Angel at the red carpet event, but he was there with her in the hotel room when she was prepping up for the ball with her glam team.

The last time PEP.ph saw the couple in a media-covered event was during Mother Lily Montheverde's 80th birthday, held at Crowne Plaza Hotel in Pasig City on August 19.

While they readily agreed to be photographed together, Neil dodged queries about the status of his relationship with Angel and made it clear that he prefers to keep things between them as low-key as possible.