13 True Crime Documentaries And TV Shows To Watch On Netflix

True crime may be the reason you sometimes have to check under the bed in the middle of the night, but that sure as hell isn't going to stop you from consuming as many screwed up documentaries and TV series as possible! If anything, you're really just killing two birds with one stone, because you're watching some quality entertainment and learning to be more aware of your surroundings. Here are 13 true crime ~things~ you can binge on Netflix until you're too scared to keep watching!

Conversations With A Killer: The Ted Bundy Tapes

You probably know Ted Bundy as the charismatic serial killer from the 1970s. Well, plot spoiler, he was actually extremely creepy, and these previously unreleased recordings from his time on death row show him in a whole new light.

Evil Genius is a docuseries that dives into the "pizza bomber" case of 2003. It's an insane story about a bank robbery that ends in a public murder broadcasted on live television. Even once your heart rate has settled back down, there are scenes in this that will pop up in your nightmares for years to come.

Amanda Knox was convicted and acquitted twice for the 2007 murder of her study-abroad roommate Meredith Kercher. This documentary investigates the murder, trials, and tabloid coverage of the case, and gives a look at Amanda's life after it all.

Do you like cults? (Like… as in… do you like learning about them. Not trying to get into any actual culty stuff here, sorry to disappoint.) If so, you'll love Wild Wild Country, the documentary about a cult leader who creates a utopia in a desert in Oregon.

Steven Avery spent 18 years in jail for a crime he did not commit before he was exonerated. Two years later, he was convicted of the murder of Teresa Halbach. Now, he's claiming that he's innocent, and looking for a way out. Time to smash that "yes, I'm still watching" button.

When Michael Peterson's wife died in 2001, he told everyone that she fell down the stairs. When a medical examiner investigated, it was revealed that she was killed with a weapon. The Staircase gives us a look at this super complicated, high-profile murder case.

Jam Master Jay, the Run-DMC DJ was gunned down in 2002 and although there were witnesses, his murder is still unsolved. Who Killed Jam Master Jay examines his life, tragic death, and the conspiracy theories that still have the world wondering what TF actually happened.

Love true crime but hate murder? Fortunately (but, mostly unfortunately), corporations commit heinous crimes literally all of the time! Dirty Money exposes some of the most horrible, corrupt crimes that companies all over the world commit.

Audrie & Daisy tells the stories of Audrie Pott and Daisy Coleman, two teen sexual assault victims from California and Missouri, respectively. The documentary details the disturbing ways both girls' lives were changed as a result.

This recently released Netflix original documentary takes yet another important look at the 1996 murder of Olympic wrestler Dave Schultz by John E. du Pont. The New York Times describes the doc as "straightforward" and "good" for "those who haven't already spent enough time with this strange, unsettling story."

Related: The "30 for 30" take on the subject in 2015, The Prince of Pennsylvania, is also streaming on Netflix. 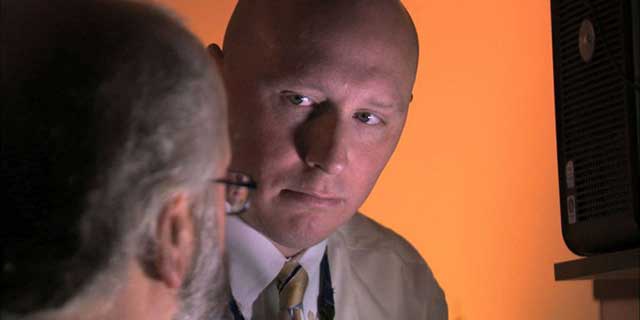 It's like CSI but real life. There are two collections currently streaming on Netflix and both have 40 episodes, so do take your time.

Ken Burns and his daughter Sarah directed this 2012 documentary about the high-profile case of five black and Latino teens who were wrongly convicted of raping a white woman in Central Park in the '80s and subsequently spent between six to 15 years in prison. The group would later sue New York State for racial discrimination, among other things.