The former beauty queen opened up about her post-pregnancy body.
by Cosmopolitan Philippines | Oct 18, 2018
Post a Comment

You have to read Miss International 2005 Precious Lara Quigaman's raw and heartfelt Instagram post about her body after giving birth: The photo showed her holding her 4-week-old son Tobias, while flaunting a visible bump on her belly. She kicked off the caption with, "1 Month Post Partum or 4 months pregnant?" Lara shared that just a few days after giving birth, family and friends visited her and asked, "Bakit ang laki pa rin ng tiyan mo?!"

She explained, "I know they don't mean anything bad but people can be so insensitive, and all those photos of 'celebrities and models' that seem to look so perfect right after giving birth doesn't help either. I mean, hello I just gave birth, I was cut open and a human being came out of me! Can you just congratulate me?"

This is Lara's second child with her husband, actor Marco Alcaraz. They also have a five-year-old son, Noah.

She continued, "It was really difficult to post this photo, to show what the world sees as 'flaws,' but well this is the real deal. My body housed two beautiful baby boys and it took nine months each time to grow them in my belly and I have accepted the fact (trying to by God's grace) that it will take some time for my body to go back to the way it was (if it does go back) And if it doesn't, that's okay too.

"I mean, hello I just gave birth, I was cut open and a human being came out of me! Can you just congratulate me?"

"Don't get me wrong I'm happy for those moms who have flat tummies just a few days after giving birth, but we're all different, our bodies are all different and that's okay and I want other mamas out there who are like me, who look at themselves in the mirror and feel sad because of what they see. I want you to know that you are not alone...

"...to those who still look pregnant after a month or even months after giving birth—cheers to us! We are are all beautiful and unbelievably strong..."

"So to all the mamas out there who are exhausted, who's not had a proper shower, whose breasts are super sore, (I'm crying typing this—kaya natin 'to mamas) those who can't recognize their own bodies because of the stretchmarks and the chloasma or the dark patches all over their bodies, to those who still look pregnant after a month or even months after giving birth—cheers to us! We are are all beautiful and unbelievably strong and God has given us such a wonderful gift that's worth all these hardships and body changes...So cheer up Mama You really are amazing!" 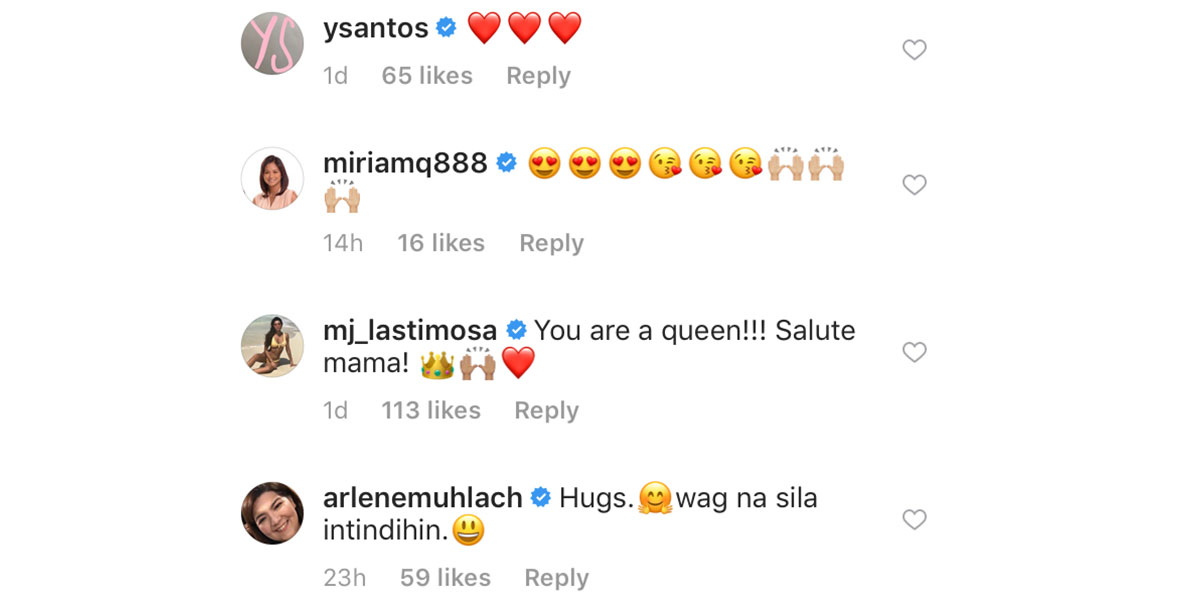