WTF? So Kylie Jenner And Blac Chyna Are BFFs Now?

Kylie Jenner stunned fans on Thursday insisting she and her boyfriend Tyga's ex-fiancée Blac Chyna have "been best friends" for a while. 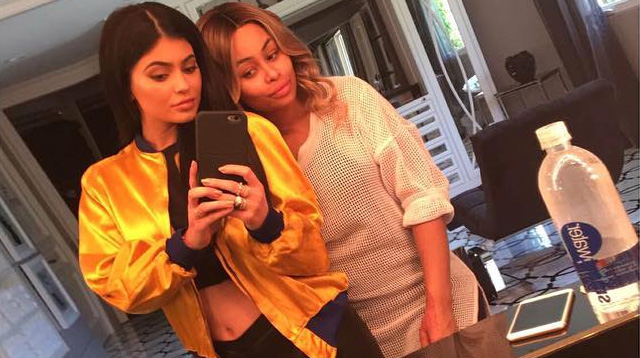 It has been reported for quite some time the 18-year-old Keeping Up with the Kardashians star was not on the best terms with the model, who is the mother of rapper Tyga's three-year-old son, King Cairo.

To make matters even more complicated, Kylie's older half-brother Rob Kardashian began dating Blac at the start of the year, and earlier this month, they shocked fans by announcing their engagement.

On Thursday, Kylie shared some revealing news of her own, by taking to Snapchat to post a mirror selfie alongside Blac, with the caption, "when we've been best friends the whole time..."

The odd duo even posted a face swap photo, with Blac writing, "Hanging out with my lil sis."

The snaps are particularly questionable since the Kardashian clan has yet to publicly congratulate Rob and Blac on their engagement.

However, Tyga wasted no time in sharing his joy at the news on social media after the proposal news broke, tweeting: "Everybody deserves 2 be happy."