10 Women Open Up About Their Experiences With Birth Control Pills

Let's talk about birth control pills. We know some of you are curious. What brands are out there? What do most women take? What are the side effects?

We interviewed 10 women to tell us about how they got on the pill and what their experiences have been like.

NOTE: These women are talking about their *personal* experiences with specific brands. Women have varying reactions to different types of birth control pills (BCPs). If you're thinking about trying BCPs, please consult your doctor first.

"I first tried Diane-35 but I didn't like how it made me gain weight and gave me frequent mood swings. I would easily get sad and cry over the simplest and shallowest of things. So after one cycle, I switched brands. I personally researched for the brands available here kasi as per the doctor, kahit anong brand naman [is okay]. I think once you find the brand that suits you best, you shouldn't have any problems [with BCPs] at all. 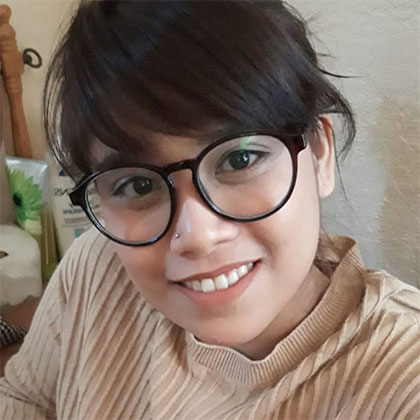 Althea works for me. In fact, it has some good side effects on me like clearer skin and bigger boobs! It's actually medication for my PCOS (Polycystic Ovary Syndrome), which I believe got fixed after five years of taking the pill. It's only now that I decided to take it for birth control and for now, I'm just on the pills. [I don't use other contraceptives]."

"I've been on the pill since around 2011 and I remember [Trust Pills] was the only available brand then. It was available in pretty much all drugstores so it's just always been my go-to. 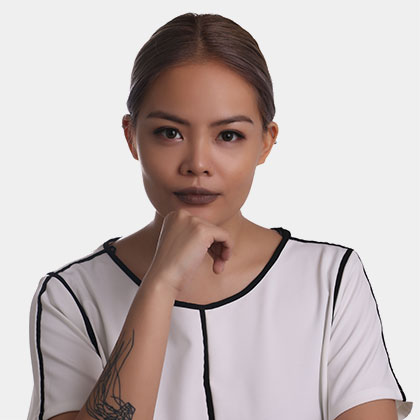 Personally, I haven't experienced any side effects while on the pill, but when I forget to take it regularly or actively stop, I tend to have bad breakouts. I have no complaints thus far with the pill as my primary form of birth control. It's just the most convenient proactive course of action for me compared to other methods."

Monthly cost of BCP: "Around P50—for sure, no more than P60. I usually buy every quarter so as to just have a box in my pill cabinet at all times."

"I've been using Yasmin for almost two years. [I chose this brand] because it's the type of pill with less water retention, therefore you will not gain weight. I haven't tried other brands [since I'm already okay with my current one]. I use it to control my hormonal imbalance." 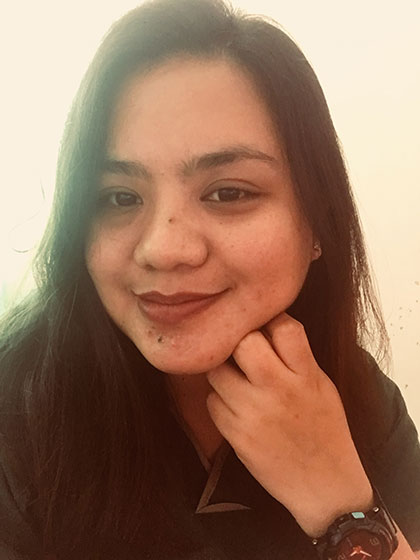 "My doctor originally prescribed Diane-35 as it was said to be effective in preventing acne—which was the primary reason why I started taking pills. One week in, I experienced intense migraines. I endured the extreme headaches to finish the whole cycle before I was prescribed YAZ. 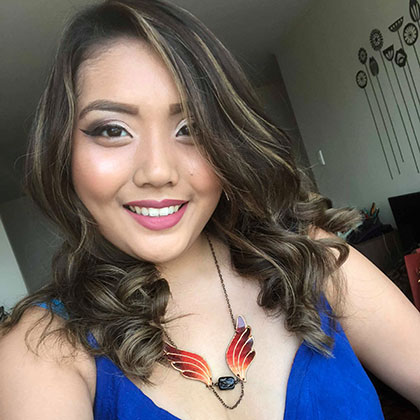 My acne disappeared after three months. The scars faded after a year, and now I have incredibly clear skin even with minimal skin care. I've gained weight while on it, but my weight gain could also be due to the combination of antidepressants and other psychiatric medications that I take. I can't solely blame my weight gain on the pill.

The pill gives me confidence that I'll always have my period on time. I can also choose to delay my period by simply skipping the placebo pills and going straight to a new pack. This is a safe practice that my doctor recommended. The pill keeps me in control over when I want to have my period and I choose it as my primary birth control because it's effective, safe, and convenient. For added protection, I use condoms to prevent STDs."

"When I was 15, my OB recommended I go on the pill (Marvelon) to regulate my bleeding—which can go on for two weeks, sometimes three weeks at a time—and stop the excruciating menstrual cramps I experience. While it did regulate the bleeding, it did little to ease the pain.

I actually had difficulty getting pregnant and I thought it was because I was on the pill for so long. After three years of trying, I finally got pregnant and was told by doctors and friends alike that my menstrual cramps would disappear after giving birth. But when I finally got my period after two years (I was exclusively breastfeeding throughout that time), the pain was back. 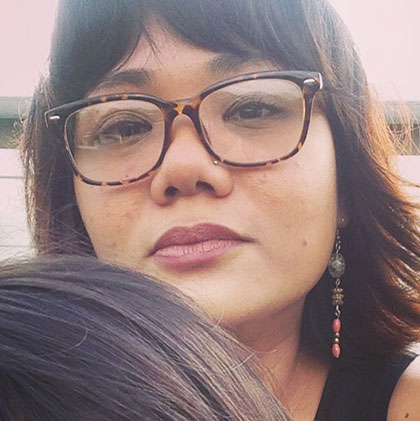 When I consulted with another OB, we found out that I had adenomyosis. [It explains the extremely painful cramps, profuse bleeding, and cysts that I’ve developed]—and estrogen actually makes it worse. So she switched me to pure progesterone as a way to manage my condition.

I started taking progesterone shots, but my body was just metabolizing the hormone too fast and instead of lasting me the usual three months, I would start bleeding again in about a month. [My doctor then put me on progesterone-only pills and for about four months now, I’ve been on Cerazette.] It has made me stop getting my periods altogether.

I was on other pills [before] but only for a while because I would get dizzy and nauseous. With Marvelon, the side effects were occasional breast soreness during ovulation. With Cerazette and the progesterone shots, I had no side effects."

"I've been on the pill for three years, but I rest for a couple of months in between. Micropil is the only brand I've tried and it was recommended to me by an OB-GYN. The most notable side effect is when I have my period, I would bleed less and for a shorter amount of time. Usually, my period lasts seven to 10 days, but when I'm on the pill, it only lasts three days. I didn't really gain weight, which is the usual side effect others complain about. I've generally had a good experience with the pill." 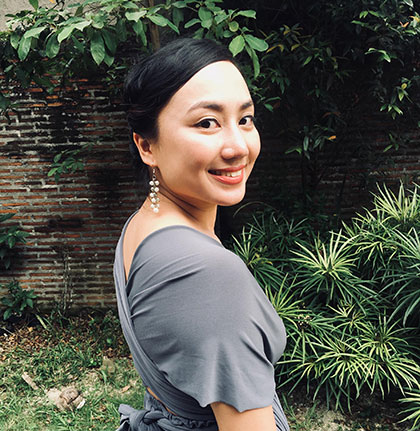 "[I went on Diane-35 based off of] a friend's recommendation as I had PCOS for a time. Primarily, I use it [to manage my] hormonal imbalance. Some of the side effects I've experienced include weight gain, smoother skin, and slightly bigger breasts. I've also tried other brands like Micropil and Althea, but since I hoarded some pills when my friend went to Bangkok, I have enough for the year. I might opt for the cheaper brands again once I run out of stock. 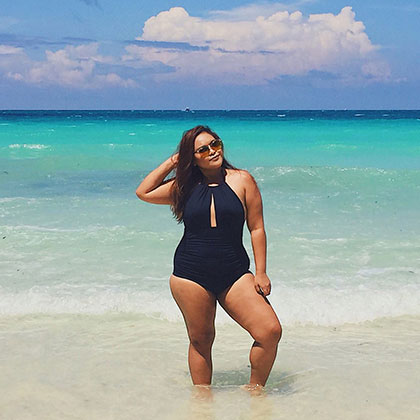 I chose the pill as my primary form of birth control as it's the safest way to prevent unwanted pregnancy. I use condoms as well to make sure I don't catch STIs and HIV, but of course, the pill is more effective for birth control as it prevents ovulation—hence no fertilization occurs."

Monthly cost of BCP: "160 Baht. (That's around P257 with current conversion rates.) I ask friends who visit Bangkok to buy for me."

"The first pill I ever tried was Lady because it was cheap and readily available over the counter. At the time, it was only about P30. It was effective, and the only side effects I experienced was when I raised the dosage for extra security. Those side effects included some nausea, but it was only for a moment and did not persist.

In 2011, I settled on Nordette since a friend recommended it, and it was only around P180. I preferred (and still prefer) Nordette out of all the brands I've tried because it had minimal side effects—the best one being clear skin—and no effects whatsoever on my libido. But when it was unavailable for a few months in 2014, I gave Logynon a try. Logynon is a multiphasic pill that costs P400+. I didn't stick with it because I was used to monophasic pills, plus it was too expensive! 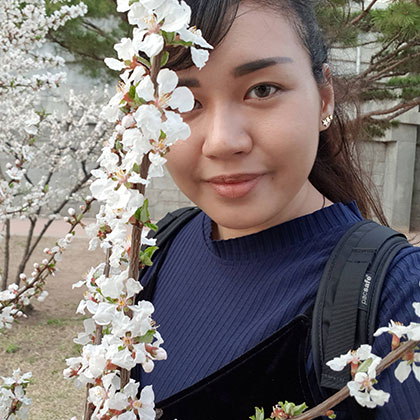 After that short experiment, I went back to Trust because Nordette had been locally phased out and I thought that Trust had the same composition as Nordette. It turns out, Trust was the culprit for my obscene weight gain at the time. I gained too much weight too fast and I didn't notice it because I had not been going out as much back then. I regret stopping Trust so late (after three years!!) and I wish I didn’t use it at all. Now that I’m back on Lady, I think I am more stable. BUT! That could also be attributed to my conscious efforts to work on improving my mental health.

I use the pill in combination with latex condoms. (I recommend Durex Love because it's a reliable brand and Love is inexpensive.) I use condoms for extra protection, not just against unwanted pregnancy, but also to protect me and my partner against STDs/STIs. (It's also super convenient for cleaning up after. Hahaha!) In the future, I'd like to get either an IUD or to try the shot."

Monthly cost of BCP: "I primarily tri-cycle my pills—meaning I only get withdrawal bleeding/periods every three months instead of every 21 days. I buy two to three boxes of Lady every month for that, so that's about P150."

"It was recommended by my gynecologist as I have PCOS. Its side effects include discharge and infections due to a lowered immune system. [As per my doctor's instructions, I supplement it with Vitamin C to help boost my immune system.] 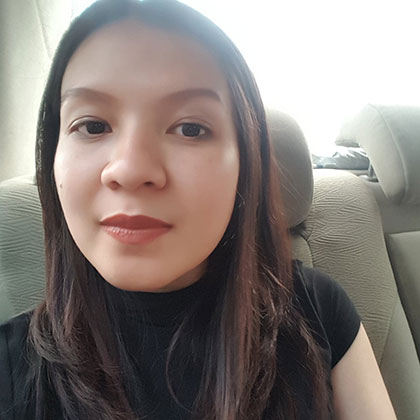 I've also tried Yasmin (around P900), Daphne (P500-600), and Micropil (P50-70), but I really don't use it for birth control. I am experiencing hormonal imbalance and as such need the help of the pill to regulate my hormones. I was told that a chip injected also does the same thing and only costs like P7,000 for three years. I haven't tried it though."

"The first pill I used was Gynera back in 2009, which was prescribed by my doctor after having been diagnosed with polycystic ovaries. Sometime around 2011, I switched to Diane-35 because of recommendations from friends and after finding out that people use it for anti-acne therapy. 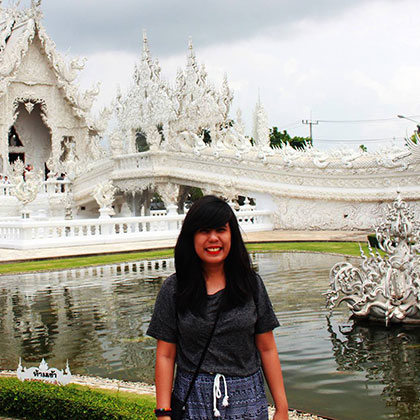 Apart from having reduced the cysts, the pill has also done wonders for my skin (little to no acne, and less oily skin). My breasts have also gotten bigger as a side effect. I am in a monogamous relationship, so when I'm on the pill, we don't use condoms. But for times that I would stop using it, my partner uses condoms."

Monthly cost of BCP: "Diane-35 is expensive in the Philippines. I remember buying it eight years ago for P550, and now [it costs a lot more]. It's a lot cheaper in Bangkok, so I buy it whenever I'm there."