Alexis Ventura of Ink Scribbler and The Craft Central shares how she turned her hobby into a business.
by Elyssa Christine Lopez for Entrepreneur.com.ph | Nov 21, 2016
Post a Comment

Alibaba founder and visionary Jack Ma was once famously quoted: “What you do after work determines your future.”

It could be watching TV, reading books or going for a run. For some, they learn new skills and hobbies without even thinking it’d be the center of their lives in the coming years.

Such was the case for 28-year-old Alexis Ventura when in 2011, she found herself trying out calligraphy. “I never considered myself a creative person. The only artsy thing I did growing up was making origamis,” Alexis shared to Entrepreneur Philippines.

She practiced every night and taught herself the art of calligraphy. Inspired by the artists she religiously follows online, Alexis tried different styles until she became adept to a visual brand. In months, she has made a name and called herself ‘Ink Scribbler’.

“I was really just looking for something to do after work, and when I started, people kept affirming my works,” Alexis said. “So that fueled me, and later on, people started ordering. It was surprising how fast everything transpired.” 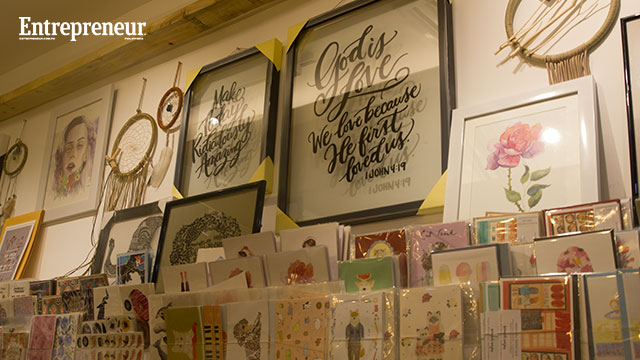 Her first order was from a friend at work who wanted an invitation for her wedding. That one design was followed by more and more, months after, forcing her to eventually quit her full-time job as a brand manager for a cosmetics company.

“I enjoyed work, yes. But I knew even during college that my passion is to create jobs and to have something of my own,” Alexis said. “When I realized Ink Scribbler’s potential, I took a leap of faith.”

It was as if an affirmation from the heavens came when immediately on her first month out of the office, a wedding coordinator booked her to create the wedding invites for celebrity couple Iya Villania and Drew Arellano. The gig put Alexis on the spotlight and further solidified her brand as a calligrapher.

Admittedly, the young artist is quite in shock on how fast her following grew, when she’s not the first in the business.

“I was debating with myself on why I should quit when there are so many who do it. But then it all boiled down to: if you really want to do it then there will be space for you [in the industry]. How can you stop people from doing what they love? If there’s no space, then make space,” she said. 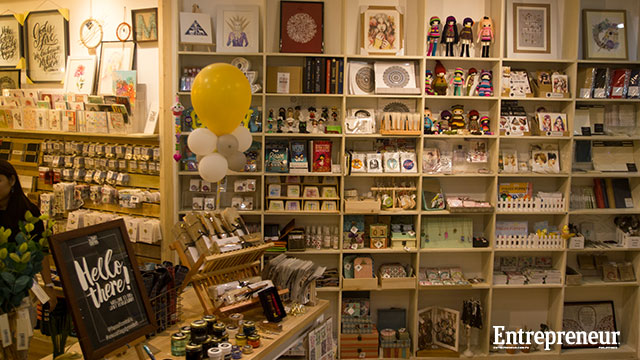 Life as a freelancer

For almost two years, Alexis managed Ink Scribbler all on her own, from designing crafts to managing client inquiries. Hectic is an understatement, but her goals kept her going as she wanted to prove that what she has pursued is a sustainable path.

“Pursue your dreams, but don’t pursue it recklessly. Some just go bahala na and let the tide take them, but then, I knew from the start that money matters, so I strategized and set goals for myself,” Alexis said.

At first, she gave herself a six-month deadline to earn at least half of what she had as salary. But with how quickly her business grew, she had managed to save and more in less than the timetable she set for herself.

One thing that helped her grow faster was her workshops. As a freelance calligrapher, holding classes was her way of establishing herself in the business. Sessions usually last for two to three hours with a study module, a calligraphy kit and sometimes free snacks.

“The difference between being in corporate and in freelance life, with the latter, everything you earn is equivalent to how much work you put out. So having workshops was a good way to keep things sustainable,” Alexis said. 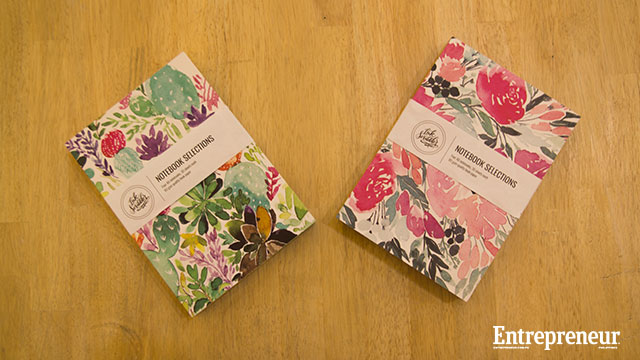 But there are avenues that she found out she can get into, beyond diversifying her services. During classes, most of her students ask about where they could get materials for their projects. Alexis would try to partner with other retail stores to supply her during workshops, but most usually run out of stocks.

“So I decided, why not just offer something of my own? That’s when The Craft Central started,” she said.

The Craft Central was born to be a one-stop shop for every calligrapher’s needs from sketch pads to nibs. At first, it only carried brands from abroad that were usually inaccessible to most artists in the country.

“But even at the start, I knew I wanted to offer something of my own with the brand and that it will hold other materials for other art forms,” Alexis said. 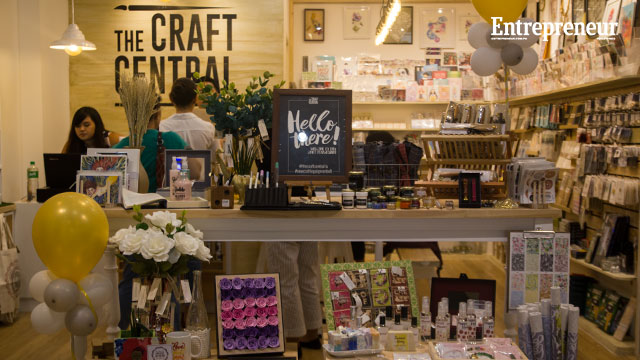 So she decided to have her own product line of papers, pens and sketch pads. Her calligraphy kits sold like hotcakes during its first run, as it was a first for a local brand to pack together all the basic tools for a newbie calligrapher.

She may not have initially thought of herself as a creative, but Alexis knows when an opportunity knocks. Thankfully, the BS Management graduate has her educational background to back her up on numbers, an aspect which most creative entrepreneurs usually find themselves lost at.

With her entrepreneurial knack and two-year stint as a freelance calligrapher, Alexis eventually decided to legitimize the business and incorporated Craftistry. The company holds both Ink Scribbler and retail brand The Craft Central. The move also pushed the young entrepreneur to have a team of her own, with four artists in tow, to help her manage design projects. 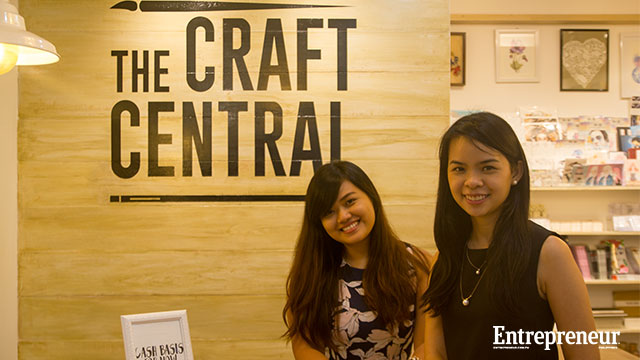 “Having my own company somehow legitimized the venture and gave me the opportunity to raise the ceiling for what it can still do,” Alexis said. “It still also feels surreal to be able to help others with something I started.

In October, Craft Central opened its first brick and mortar store in Greenbelt in Makati City, after a year of operating online. The branch holds not only calligraphy tools but also other crafts from over 80 different brands, from pins to small home pieces.

“When you go into a business, it’s really important that you really like what you’re doing. For Alexis, she pursued something that’s in her line of passion, that’s why it worked,” Craftistry operations director and Alexis’ sister, Monique said. “Many force their passion kasi. You have to make sure you like this. Because the only way to grow something is that you love what you do.”

This story originally appeared on Entrepreneur.com.ph.