Want To Quit Drinking? Be Inspired By 4 People Who Did It

Ah, nothing like a new year to make us aim to be better—or at the very least, make us reject all the partying, binge-drinking, and hangover-having of the holiday season. It’s no surprise that “drinking less” is one of the most common New Year’s resolutions year in and year out; in fact, it’s such a popular resolution that there’s a term for the trend of giving up the devil juice at the start of the year: Dry January.

But booze does more than just curse you with a nasty hangover: It can give your physical, professional, social, and financial well-being a beating. No wonder some people are choosing to go alcohol-free completely, or are at least getting “sober curious,” i.e., not quite quitting, but questioning their relationship with alcohol enough to cut back.

Whether you’ve resolved to stay off the sauce for good or just want to cut back so you’re not lying in bed with a headache and questioning your life choices every weekend, be inspired by these four men and women who went dry—and stayed dry.

“I’d feel fine while I was drinking, but when I’d wake up in the morning, the problems I was facing before drinking were still there.” –Emily, 31

Before I quit, my relationship with alcohol was such that it had to be there in every celebration or social interaction. And whenever I felt lonely or sad, alcohol was there still: I’d turn to alcohol to fill that hole, although it never did. Sure, I’d feel fine while I was drinking, but when I’d wake up in the morning, the problems I was facing before drinking were still there.

In 2012, I committed to quit alcohol, and from the moment I did, I never regretted it. 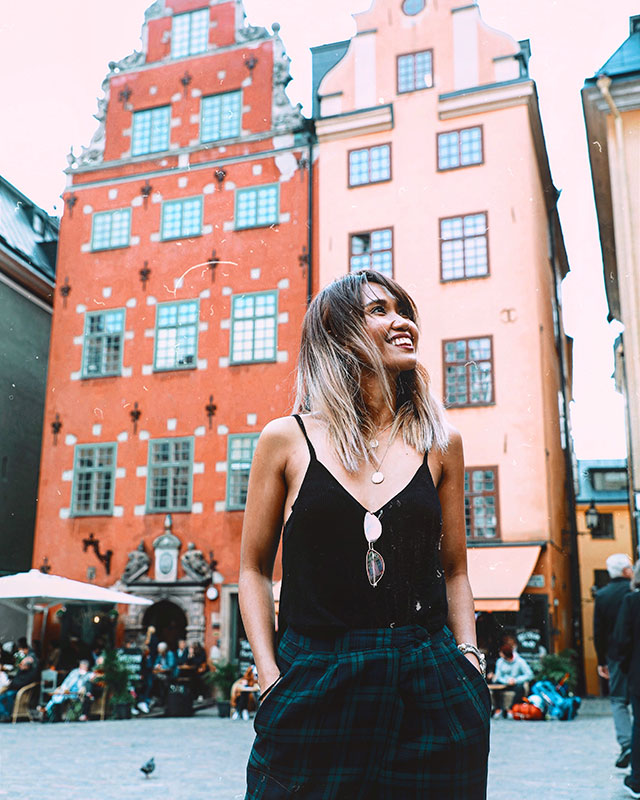 At first, my friends thought I was kidding, was being a “killjoy,” or “nagpapaarte lang.” I lost some friends when I went sober, but the benefits that came more than made up for it. I started staying home more, and I became more responsible, more productive, and smarter with my time. I was also thinking more clearly, had more peace of mind, and was solving problems better. I had more time for myself, which went into reading, taking up hobbies, and honing my skills. And since I was getting older, knowing I was taking care of my body by going alcohol-free was a huge bonus.

If you want to quit drinking, you should set boundaries and say no when people urge you to. When out with friends, order food or juice para wala silang masabi, or try this hack: Order your favorite cocktail, but ask the bartender not to put any alcohol in it. We often use alcohol as a crutch to help us feel comfortable socially, and having a drink in hand even when it’s non-alcoholic will help you fit in.

While I’m an extrovert, what I learned from my alcohol-free journey is that socializing is not so important that you have to sacrifice your time, health, and overall well-being just to give in to the peer pressure to drink.

People will say “you only live once,” and I agree. But I choose to live the life I do have fruitfully, with a purpose, and in great health.

“I was burned out, and I realized that the only time I was having fun was when I was out getting sloshed.” –Joey, 35

I started drinking when I was in high school and didn’t stop until I quit in November 2015. I’m a DJ, and I always go onstage having had at least a couple of drinks in me, and then I’d have a lot more during the course of a performance. I’d always wake up with a hangover, but I just considered it a fact of life.

The penny dropped when I was doing two years of constant heavy gigging and juggling it with a demanding DJ-related day job. I was burned out, and I realized that the only time I was having fun was when I was out getting sloshed. I decided that it was unsustainable (obviously) so I quit overnight and have not had a drink since then. 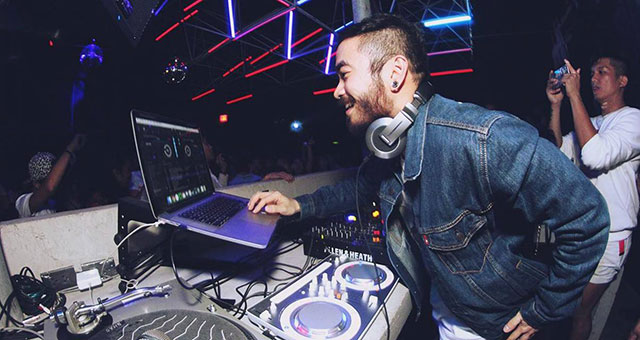 If you want to quit drinking, you need to do three things: First, replace going out to bars, clubbing, and getting smashed with another activity so you don’t feel like you’re depriving yourself. Second, replace your favorite alcoholic drink with a non-alcoholic one like a virgin cocktail or sugar-free juice or soda. Finally, don’t cut out your friends and family—in 2019, people are more open to the idea of sobriety—but you may want to temporarily avoid places, events, company, and situations where you’ll be tempted to grab a drink.

The best part about being sober is also the worst part about it: You’re now able to experience the full breadth of your emotions. There will be no filters, as alcohol tends to be (it is a depressant, after all).

But I can unequivocally say that quitting alcohol is the best decision I’ve made yet because it has allowed me to see the real me.

It will get weird and it will be awkward in the first few months, but you’ll slowly learn how to be in social situations without needing a drink to “warm up.” And if you fail, try again—getting on the wagon is something you’ve got to work on for the rest of your life if you’re adamant about quitting booze for good.

“Choosing not to drink made me realize that I can still have fun even when I’m sober.” –Ivy, 36

I have to admit that I haven’t totally abstained from drinking alcohol. I still drink a sip or two, but only once in a blue moon. I have stopped drinking heavily, and have been largely alcohol-free for almost four years now.

I used to love alcohol because I don’t get drunk easily. I can go on drinking overnight without getting drunk. Also, most of my family members and relatives love alcohol, so it has always been easy for me to find a drinking buddy. 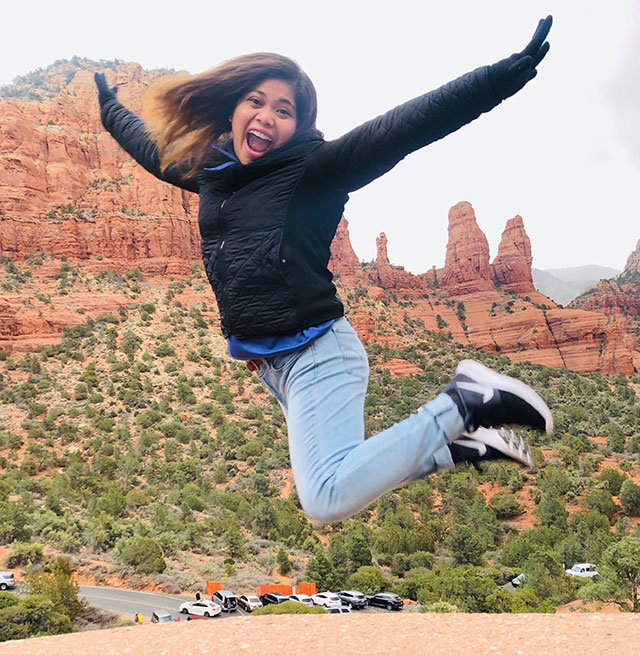 But as I got older, I started to hate the taste of liquor. Hangovers became unbearable, too, so I decided to slowly quit drinking. I started to come up with alibis every time someone would offer me a drink, or I would take the drink but just pretend to drink it.

Another factor that made me stand by my decision not to drink was when I moved to the US and started driving. Rules here are strictly imposed, so I had no choice but to avoid drinking and driving. Besides, alcoholic beverages here are quite pricey.

Choosing not to drink made me realize that I can still have fun even when I’m sober. At parties and get-togethers, I’ve replaced drinking with dancing and meaningful conversations with friends and acquaintances.

There are times when I’m tempted to drink, but then I think about the consequences of getting drunk such as having a terrible hangover or getting pulled over for drunk driving, and I’m able to stop myself.

“I decided to stop drinking alcohol completely because I cared too much for my health, and most of all, my life.” –David, 24

I wasn’t really a heavy drinker before college, but when I moved back to the Philippines, I started to get used to the drinking culture in the country. Every inuman session I joined slowly increased my alcohol tolerance. Alcohol became a daily escape from reality, a cure for the blues, and a treat you could enjoy with company.

One day in March 2018, my life totally changed when I got my first-ever gout attack on my right knee due to high amounts of uric acid. The pain was excruciating. 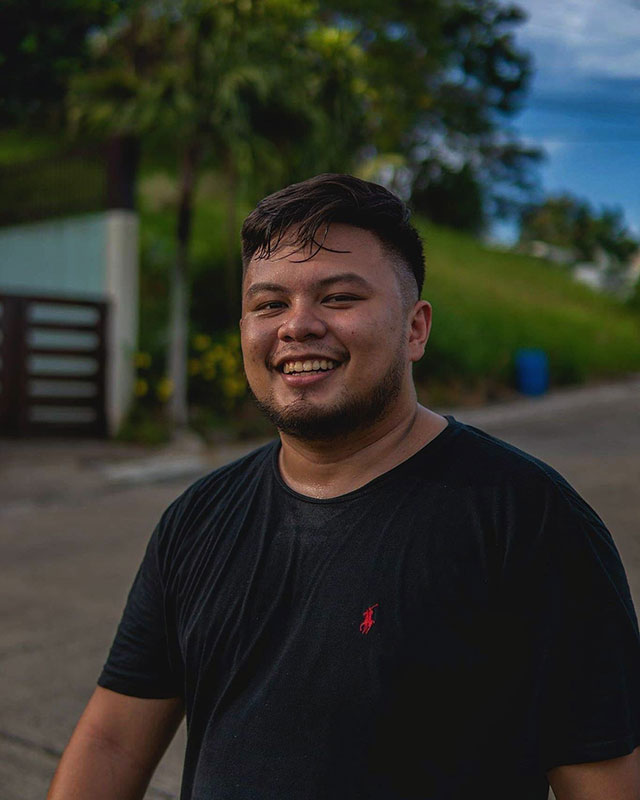 When I went to Italy for a vacation and to spend time with my family, they brought me to a private clinic for a check-up. My results came in, and they were ugly: At 24, I seemed like I had the body of a 64-year-old. My poor liver was in peril due to my carelessness with alcohol. I decided to stop drinking alcohol completely because I cared too much for my health, and most of all, my life.

Ever since I stopped drinking, I’ve been feeling great. I found other alternatives to enjoy, and instead of alcohol, I get myself a glass of orange, carrot, and lemon juice—nothing like a cocktail of vitamin C.

A lot of my peers are shocked to know that I don’t drink anymore; they can’t believe that a heavy drinker like me could be alcohol-free for months now. Sometimes people force or tempt me to drink, so I really have to emphasize that they should respect my decision to not drink if they truly call themselves friends.

Some ask how I do it, and the answer is simple: I just remember the pain of my gout, the bad hangovers, the bad taste of alcohol, and my poor liver. All of those bad memories keep me on the path of sobriety.

I’m proud to say that I’m almost at the one-year mark of staying sober. I’ve never felt better in my life.