Stuck in a work rut? Reassess your career situation by going through our blogger's tips--culled from experience.
by Holly Eagleson | Oct 11, 2009
Post a Comment 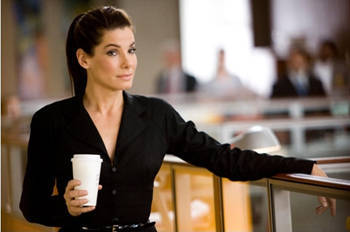 When it comes to dishing career advice, I’ll be the first to tell you that I may not be the right person to listen to. After all, in the span of two years, I’d managed to hold three jobs and leave/lose all of them within the same time frame for varying reasons I won’t expound on in this entry. So why even offer any semblance of career therapy, right?

But then again, those three jobs were all in New York City, the most demanding marketplace in the world, I believe. And over the last two years, I’ve corresponded with close to a hundred contacts and gone to several job interviews (I’ve lost count). So if honest-to-goodness career realizations are what you’re looking for, you’ve come to the right place.

Before my Big Apple roller coaster ride, I worked in the same company (Summit Media!) for close to seven years straight, working for different titles and enjoying steady and marvelous growth. When I moved abroad, I noticed a totally different work scenario from what I was accustomed to. But along with culture shock, I also discovered common denominators and tips that work across the board and level the playing field somewhat. Here are some useful on-the-job notes:
[readmore]
1. Be brave and visible.
In my early days as an editorial assistant, I worked in my own bubble, within my own team, not really being aware of my surroundings and anything remotely close to the structure and hierarchy of the company. True, I knew who our big boss was, but I was so shy and self-conscious that whenever I would bump into her, I would scurry away with nary a ‘Hello.’

After two years of being E.A. and noticing chirpier contemporaries advance to higher editorial positions, I got fidgety and began to reflect on what I was doing wrong.

The first thing I noticed was I wasn’t dressing for the position I wanted. And that’s basic Career Advice 101. So I started getting polished and prepped for work everyday. Little things like wearing skirts more often, putting on makeup, or choosing work-appropriate footwear (in the magazine world this meant donning a little heel).

I also started saying ‘Hi!’ to our boss whenever I’d see her in the hallway, and gathered the guts to approach her for certain things I needed at work. She’s actually a really nice woman and I was intimidating myself unnecessarily.

I realized that this strategy worked on my fourth year on the job, when I was finally an editor. We were at a lunch event and our big boss introduced me to one of our major advertisers.

"This is Mariel and she’s the beauty editor of Seventeen." She looked at me and said, "You’ve been with us for, what, two years?"

I smiled and politely replied, "Oh, actually, four." It was a memorable lunch because then I knew my career ‘tweak’ paid off: I was no longer the ‘invisible’ employee. It had been two years since my light bulb moment, when I decided to take concrete steps in becoming the editor I wanted to be and getting over my ‘authority shyness.’

I’m not saying you should be obnoxious and act like you’re campaigning for office at work; on the flipside, that can annoy people who can be integral to your growth. The point is, getting to know people and observing structures outside your area of expertise can help you become a more well-rounded asset to the company, which down the line opens doors to new and fulfilling opportunities.

2. Get to know your boss.
No, this isn’t a call to cyber-stalk your boss or Google the ends of cyberspace to get the dish on her divorce/annulment or anything creepy like that. (Besides, if you know too much info, it makes for an uncomfortable conversation once he or she eventually warms up to you and starts sharing personal stories.)

A productive way to get to know the person running your department or company is to read any professional material she’s previously produced. If she’s a published author, read her books. If she’s a teacher, look for citations and transcripts in the library, or maybe even her thesis if she’s just recently graduated from college or grad school. Getting to know her this way, outside of work but still work-related, gives you a more enlightened perspective of what to expect and may even give you a glimpse of her business ethic.

When I worked for Hearst Corporation (Cosmo’s parent company in the U.S.), I’d avidly read Basic Black by president Cathie Black, and You On Top by Cosmo editor, Kate White. (Both books are must-read career resources by the way.) As much as I always got star-struck whenever I saw them in the building, having read their books gave me a better sense of the work they did and who they were, which in turn inspired me to keep at what I was doing.

3. Let your boss know what you want.
Informing your immediate superior at what direction you see yourself going is a win-win situation: You save her (or him) time to figure out what to do with you and where to promote you when the time comes for movement; you, on the other hand, come to work everyday confident, knowing you’re headed somewhere.

By my fourth year at Seventeen, I knew I was ready to “graduate” to an older women’s title—like Cosmopolitan. I mentioned this one time to my then boss. It just so happened that within months, a position did open at Cosmo, and the new editor approached my boss to check in and discuss my availability. So by the time the new ed offered me the position, my boss already knew and the transition between the two jobs turned out to be smooth and drama-free.

If, on the other hand, you find yourself working for someone whom you dread having this conversation with, it’s time to reassess if this is the person you want to work for and devote precious hours to. A boss should be open-minded, nurturing, and generous. If your own supervisor is preventing you from advancing in career (and consequently, in life), it may be time to jump ship.

In the workplace, superiors who stop you from pursuing bigger goals and dreaming big are not the types of people you’d want to surround yourself with.

The only time you should ignore this tip is if:

a. Your work is output-based and constant interaction with your immediate boss isn’t a daily requirement. (Meaning, you’ll still be able to do your job and answer to higher-ups whether or not he or she checks in on you.)

b. You absolutely love, love, love your job regardless of who’s manning the wheel and calling the shots. And when push comes to shove, you’re positive that other people in the company can vouch for you.

4. Learn the value of a back-up plan.
I actually came across the concept of freelancing early in my magazine career when I learned that our features editor was able to afford a trip to Europe from writing jobs she took on the side.

Just a warning and disclaimer, though, for sidelines: First of all, make sure they don’t interrupt your main job. Second, ideally, you should be able to tell your boss that you have these other things on your plate. If you aren’t comfortable telling her, you might want to reread the previous section.

After I lost my first ‘major’ job in the city, I became very paranoid about not having enough resources in the event anything like that ever happened again. As a result, I tried to be diligent with my weekly newspaper column and kept pursuing other writing and editing revenue streams. So when I found myself (day) jobless the second time around, I knew exactly what to do. Yes I was majorly bummed and depressed, but I didn’t find myself penniless.

Try this exercise: What's the worst thing you can think of happening in your current job? Is it getting laid off? Making a boo-boo that will get you fired? If this happens, what is your plan of action? Once you’ve run this through your head, in the event the unmentionable happens, you’ll be surprised how calm (despite the initial shock) you’ll handle the situation. Call it a dress rehearsal for your emotional well-being.