Is It Still Harassment If He's Good-Looking?

By now, you’ve probably heard of the cyber-flirting issue involving model/actor Carlos Agassi, in which he sends a torrential rain of unsolicited messages to several women via Instagram and Facebook Messenger: 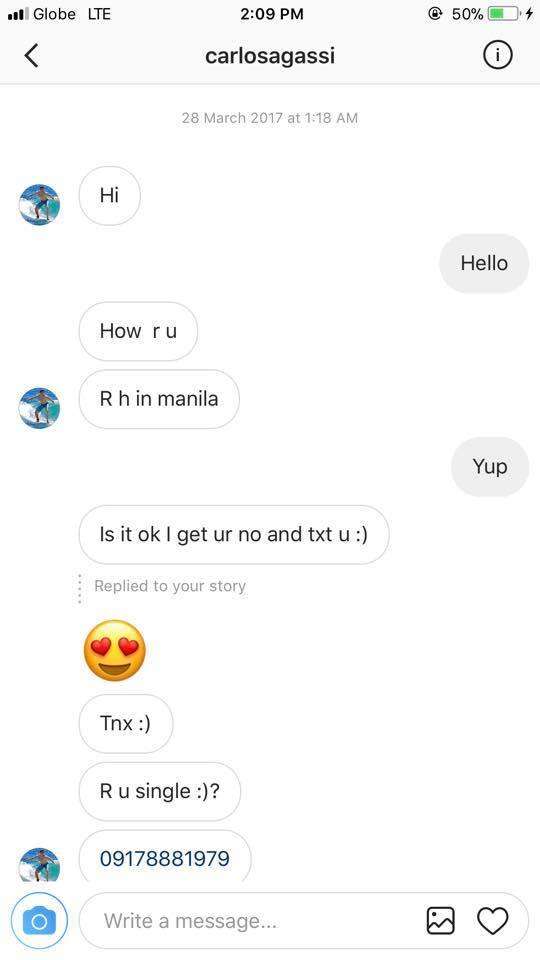 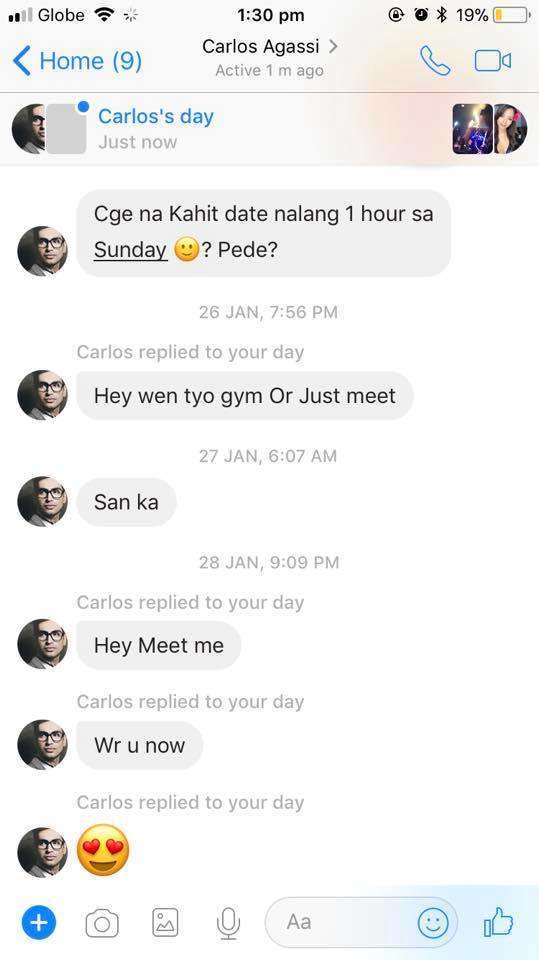 Now, in the wake of public masturbators (*cough* Louis C.K.), manipulative perverts (*cough* Harvey Weinstein), and gross-ass gropers (*cough* Brett Ratner), Agassi’s innocuous texts seem inconsequential—a ripple in the pond that is our patriarchal society. After all, there are no allegations that he touched a woman without her consent. There are no allegations that he raped anyone. Carlos Agassi’s only crime, for lack of a better word, is his pathetically persistent pursuit of women who were clearly not interested in entertaining his advances. But this issue has finally given us ammunition to prove a point that has remained unchallenged for years. (We’ll get to that in a bit.)

When men harass women on public transportation, grope them at a bar, or catcall them as they walk by, their modus operandi is pretty clear: to grab the attention of as many women as possible, hoping to solicit any kind of reaction.

When they see us get angry, it’s funny to them. When they see us get upset, it’s an ego boost. And on the 0.00001% chance that we happen to enjoy the attention, they win. On a smaller level, that’s what Carlos Agassi is doing. He messages several women, over and over—consecutive seenzones be damned—hoping for at least one of them to respond. The more PMs, the more chances of winning. What does that mean about the way he sees women?

Much as he likes to declare that he’s a man of God, or a single man who’s just on a search to find The One, Agassi’s take-it-or-leave-it approach towards women makes one question his intentions: Do you want The One, or do you want just anyone?

But there is definitely something wrong with continuing to message a woman who has made it abundantly clear that they aren’t interested.

There is definitely something wrong with using the I’m-just-a-man logic as an excuse for his flimsy behavior—and then “humorously” referring to himself as a “pambansang fuckboi” and a man who “follows God’s rules” in the same breath. Folks, can you believe this guy?

The funny thing is, Carlos Agassi is a supremely attractive man. He has an impossibly sculpted body and appealing facial features. This very writer had a crush on this guy back in the 2000s. Compared to old crones like Weinstein and C.K., you’d think Agassi would never have a problem attracting women—and that those women would never field his advances. It’s evident that this situation has proven otherwise.

So to EVERYONE who has ever used this logic on a woman: “Harassment lang naman ‘yan kung pangit. Kung gwapo ‘yan, gustong-gusto niyo naman.”

Harassment is harassment, regardless of physical appearance. Anyone is free to ask out any woman they like, as long as they do so politely—and steps away when the woman refuses or doesn’t reply. Silence doesn’t mean “Go ahead, message me again.” In a society where women have literally been raped or killed for rejecting men (read this, this, and this), a woman’s seenzone is a quiet “Please don’t message me anymore.” And if men like Carlos Agassi don’t understand that now, they never will.