Why I Don't Want To Get Married: 7 Pinays Share Their Reasons

To any woman who thinks deep down that she’s just not marriage material, don’t feel like a freak: You’re not alone.

A report by the Philippine Statistics Authority states that, from 2007 to 2016, the reported number of marriages in the country has dropped by 14.4 percent. Elsewhere around the globe, a similar downward trend persists: According to the Pew Research Center, the U.S. marriage rate is down to 50 percent in 2017 from 72 percent in 1960, while BBC.com reports similar drops everywhere from China and Japan to most countries of the Organisation for Economic Co-operation and Development (OECD), which covers Europe, North and South America, Asia, and Australia.

This trend is not surprising, as more and more people are choosing to get hitched later in life, cohabit with partners sans marriage, or stay single completely. And clearly, more and more women are dictating how their lives unfold instead of submitting to the traditional wife-and-mother mold.

Here, we talk to seven of those women, from twentysomethings who treasure their freedom and independence to thirtysomethings who’ve been around the dating block to a coupled-up girl who doesn’t need a piece of paper to validate her love.

“I don’t agree that fulfilment comes only from having my own family.” –Barbie, 32

“Getting married and having a family of my own never appealed to me. I am 32, nearing 33, and by society’s standards, I should be married by now. I never had elaborate daydreams about wedding gowns and engagement rings. You can count me on me to always be the bridesmaid—and I won’t mind!

Maybe it’s because of my family background. My dad was a charmer, let’s just put it that way. So growing up, I never had the notion of what an ideal man—boyfriend or husband—should be. I grew up in an unconventional family and was surrounded by titas who were either single or separated, and I never saw them worry about growing old alone. They were genuinely happy. I even have two lolas who are unmarried and they live very happy lives. 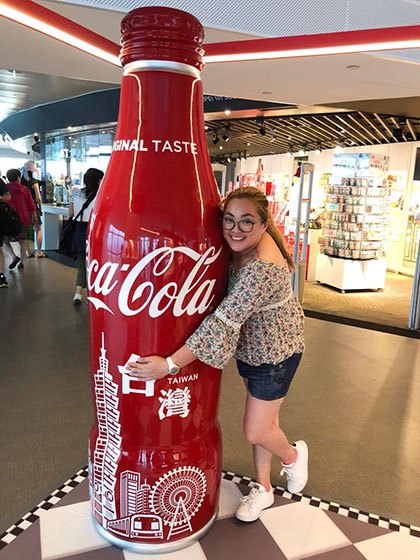 My family is aware of my decision to stay single and not have kids—and most of them are fine with it. There are still a few who try to egg me on about starting my own family, but I have learned to shrug them off. I am happy with my life and I don’t agree that fulfilment comes only from having my own family.

My lolas live happy lives, and that is validation that staying single is not the worst decision I could ever make.”

“I’m straight, single, I don’t plan on getting married, and lately, I don’t even date. My last relationship, which almost made me change my mind, was roughly two years ago, which I honestly didn’t know was official until he greeted me a happy first monthsary.

I have been thinking about why I don’t want to get married. I wasn’t traumatized by my last relationship like I first thought, but I realized that this has been my stance since I can remember: I’m just not the marrying type. I was never clingy because I didn’t want to be clung to. I’m not the type to buy a new phone just because everyone is doing so. 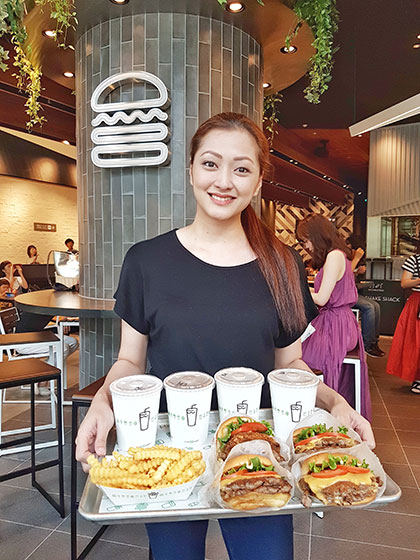 I never understood the fuss about soirees, proms, debuts, and weddings: never went to a soiree, didn’t celebrate my 18th, never had a dream wedding, and never will. I did go to prom, dated so many guys, and had three relationships—two of which felt forced, like I was just in them to feel a sense of normalcy.

I tried just ‘hanging out’ with guys, but they always end up thinking it’s a date or that it could lead somewhere. From being a serial ghoster, lately I just say outright that I don’t do dates.

I believe marriage is not for everyone and that it won’t ‘complete’ me or make me ‘normal.’ Happiness and the completeness of my life aren’t dependent on any one man.”

“I think I can do better in this world without a significant other.” –Jasmin, 23

“Society has considered singleness as a deviation from what is standard, normal, or expected because our identities, actions, and choices are molded by social institutions that see human beings as having the inherent need for intimacy and belonging. Women are under constant pressure to follow normative femininity and to submit to marriage and motherhood. These arrangements also entail that women undergo the daily pressures of unpaid labor or domestic work like cooking and doing the laundry which have the tendency to prevent them from pursuing their passions. 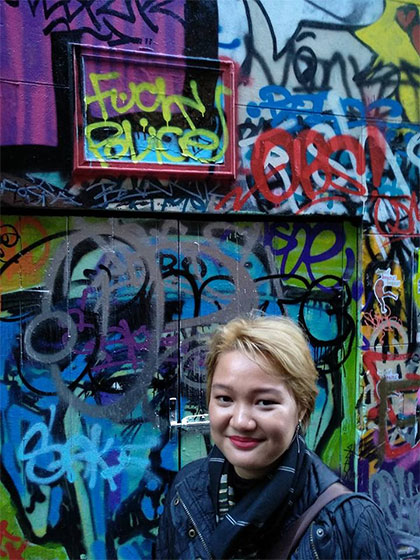 As a woman myself, I’d rather remain single—not wanting to marry or rear children. It’s easy to initiate relationships, but maintaining them is hard because of uncertainties and misaligned expectations from each other—and it takes too much emotional labor to maintain these relationships.

I think I can do better in this world without a significant other.”

“When people ask me why I don’t want to get married, I tell them I’m not interested.

Like many women, I had visions of me in a wedding dress when I was younger, but it started to change in college. I met a lot of people and realized that there are different kinds of people and different kinds of relationships: open, long-distance, high school sweethearts, flings, and even abusive ones. It was too overwhelming, that in the end, I just didn’t want to be part of any relationship. So from asking myself what I wanted a relationship to be, the question turned into: Do I really want one? 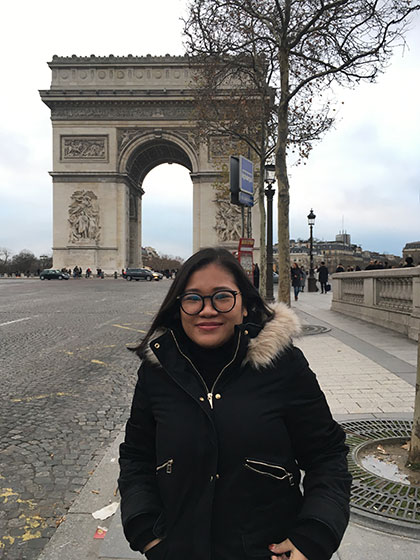 Marriage should be a choice, not a requirement. It’s limiting and exclusive. You need it for legal matters and to ‘sanctify your union,’ and yet others aren’t even allowed to get married at all. Ironically, I love attending weddings, but for something that’s supposed to celebrate relationships and love, marriage is a frustrating concept.

I am satisfied by the love that I give and receive. Being alone doesn’t make me lonely. I find comfort in solitude, and I consider it a gift that I’m able to do so.”

“My longest relationship wasn’t ideal. It was toxic and abusive. I gained the courage and strength I needed to get out of it. It took a lot of hard work to rebuild my self-esteem, to be able to stand on my own and support my six-year old son.

During the entire healing process, I became happy with what I already had. I was disenchanted with the idea of marriage, having seen a lot of wives who, although married, were unhappy like I had been. So I stopped actively seeking out relationships because I was content. 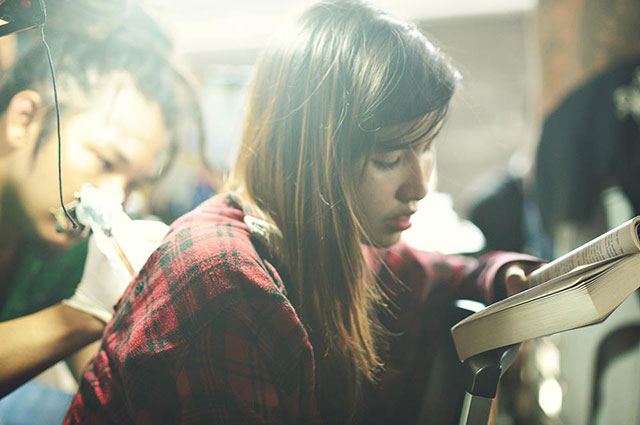 I then met my current boyfriend, with whom I immediately connected. The entire relationship is amazing. He’s everything I want in a man: loving, kind, quirky. He accepts my child, while I accept his two sons. We are both comfortable with the relationship; we’ve even been living together since last year.

In our eyes, we are husband and wife—I don’t think a piece of paper, a ring, or a change of last name would make any difference. We know each other wholeheartedly, and we are completely committed. So why marry when we have everything we want?”

“As a young adult, I can’t see myself being a married woman. My family would always say that I should have a partner for life, but I’ve always preferred being alone. The thought of living and sharing everything with somebody makes me uncomfortable, so even when dating, I would always want to do things alone, like eat alone or watch movies alone. This doesn’t mean that I don’t have friends or a close relationship with my family, but being with someone other than them, like a possible lover, feels so awkward—what more being married? 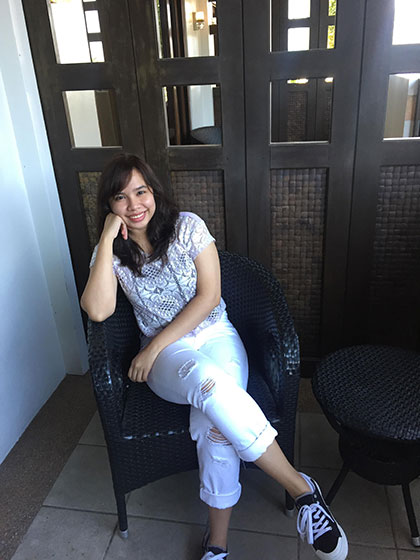 Growing up, my parents were separated, but I still lived in a loving environment. My uncle and aunt are married; my lovely lola still misses my lolo who has passed away. I find their relationships beautiful, even though they’re not perfect. But what I choose right now is my preference: to be comfortable, free from any attachments, and just be on my own.

Everything in marriage becomes conjugal; every decision you make, your life partner should know. Although I know change is inevitable and I could still possibly change my mind if I meet ‘the one,’ right now, I’m a wanderer who prefers to do things solo.”

“I would never go down that road just because everyone else has.” –Maria, 25

“I’ve come to the realization that I am not capable of sacrificing my own conveniences. I like to have my own space and I like to have time for myself—always.

I don’t want to share my bed with another person whose pants have just come from seats in public places before they made their way to my bed. I don’t want to wake up early in the morning and be stressed out thinking what meal to cook, how my partner and children would like their eggs, or whether or not they want peanut butter and jelly sandwiches to go. 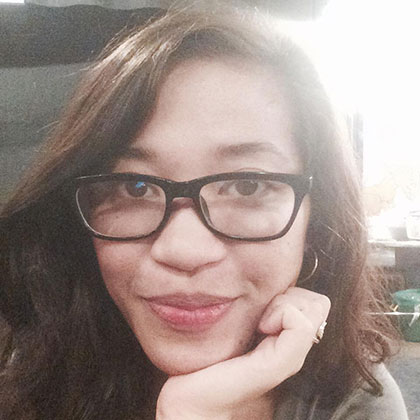 It may sound selfish of me, but I’ve often seen this scenario at home, with my parents struggling to juggle things every day for us. I am grateful to my parents for taking care of me, but seeing how taxing their responsibilities are on them has influenced the decision that I’ve made.

Swearing off marriage completely is no joke and it’s scary at the same time, but motherhood and handling a family are things I think I’ll never be ready for. I would never go down that road just because everyone else has.”