Heart Evangelista Is Now the Face Of This French Label

Heart Evangelista is on a roll. After conquering Paris haute couture week and getting featured on Harper's Bazaar as a real-life crazy rich Asian, the actress now reveals that she is the new ambassador of French bag label Sequoia. 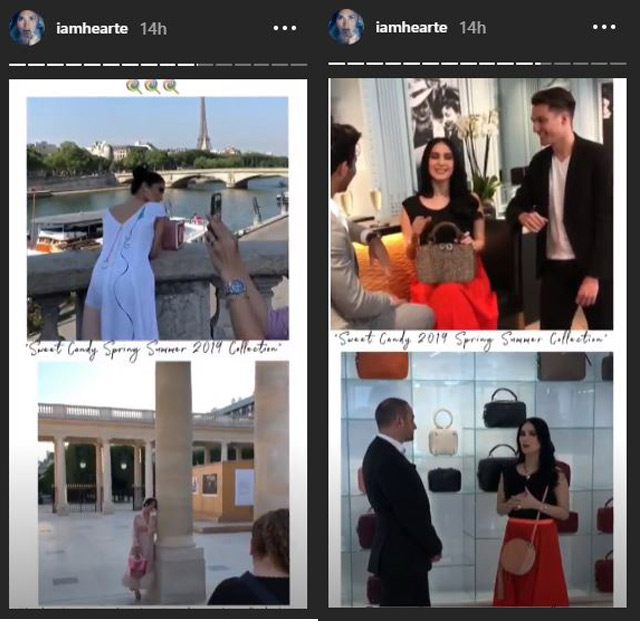 "It all started because I was a fan of the bag," Heart tells Preview in an interview. "I started to post it [on my Instagram] and there were a lot of people who [started] asking them about the bag. The [brand was] curious about me and they liked my style and heard I go to fashion week a lot." Thus, it only made sense for Sequoia to get the Filipina actress as their new endorser.

Heart, together with her local glam team (stylist Kat Cruz, makeup artist Albert Kurniawan, and hairstylist Jeck Aguilar), flew to Paris last July for the shoot with Sequoia. "That whole trip was beyond. I am still overwhelmed with the whole Harper's thing and now this is happening," Heart notes. "But I am very thankful that I am able to work there with my Filipino team."

You can now see Heart on the brand's social media platform as their new image model. The actress reveals that you'll also see her photos on the actual Sequoia boutique along Rue Saint Honoré in Paris.