It got the internet reeling: What does the post mean? Is she saying that the two of them are end-game? ARE THEY BACK TOGETHER? In the comments, even fellow '90s love team Jolina Magdangal and Marvin Agustin couldn’t help but gush! 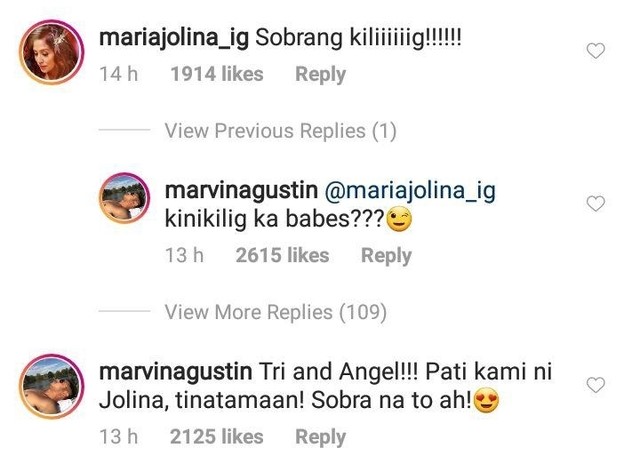 It might be time for a '90s kids group hug. Also, time to rewatch Labs Kita Okey Ka Lang? starring MarJo. Fans were also quick to note that Carlo’s most recent Insta post, a pic of a spiral staircase with a girl looking up from the bottom, had the caption “No endings?”

So what’s really happening? The pair, also known as CarGel, recently starred in the film Exes Baggage where they played the roles of Pia and Nix who meet years later after their breakup. Over the past months, fans have been ~pleading~ for the two to get back together, even after Angelica revealed that their last breakup in 2006 was because of Carlo falling for someone else.