An Honest Review Of 'Chilling Adventures Of Sabrina' 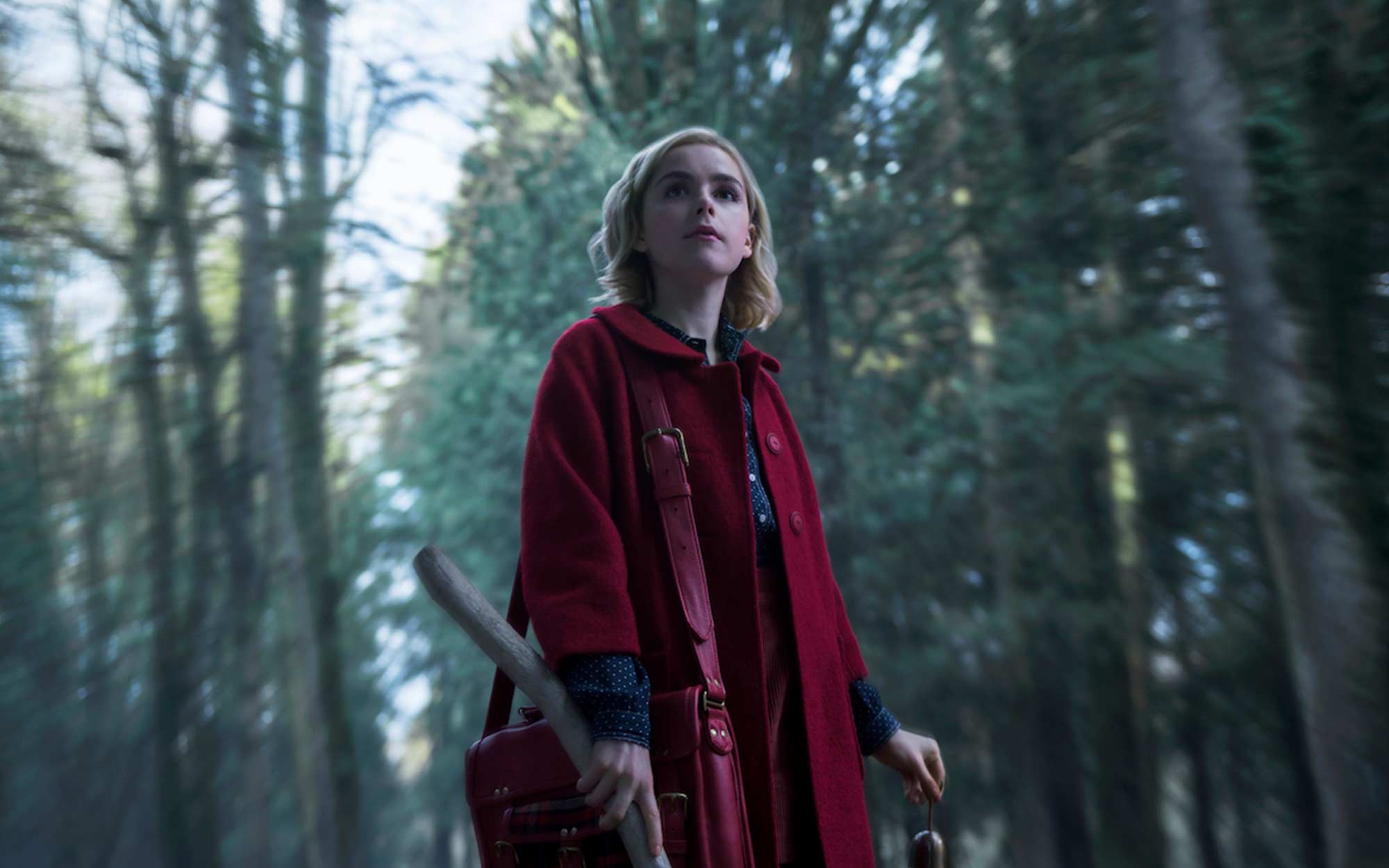 "I'm not an evil person, but these are desperate times."

Sabrina Spellman (Kiernan Shipka) is turning 16 and unlike normal teenagers, she has to make a life-changing decision for her birthday: either to undergo her "dark baptism" on October 31st, leave everything behind, and become a full-fledged witch; or face the wrath of her aunts (well, one of them) and stay mortal. See, Sabrina isn't a normal girl. She's actually half-witch and half-mortal, which means that she can cast spells, has a black cat/"familiar" named Salem, and she's even the daughter of one of the best warlocks ever. Chilling Adventures of Sabrina tells the story of Sabrina's choice and the repercussions that come after it.

Sabrina just wants the best of both worlds—but sometimes you can't have it all, right? You haven't met Sabrina Spellman then, because this girl never gives up without a fight.

We've seen her as Sally Draper on the AMC series Mad Men. She also voiced the character of Jinora in the Avatar: The Last Airbender spin-off, The Legend of Korra.

Ross is known for his debut role as Austin Moon on the Disney Channel original series Austin & Ally, and for his role as Brady in the Teen Beach movie series. He is also one of the founding members of the band R5.

Lucy played the role of Dawn Tinsley in the BBC comedy The Office, as well as Dianne in the horror-comedy movie Shaun of the Dead, Hayley in The Archers, and Etta Candy in Wonder Woman.

We know her best as Éowyn in the second and third installments of Peter Jackson's The Lord of the Rings film series.

Chance is an English actor known for appearing in Killed by My Debt, a film based on the life of Jerome Rogers who killed himself at the age of 20 after acquiring multiple debts and loans.

1. The brains behind the show is Roberto Aguirre-Sacasa—also the showrunner for the Riverdale TV series. The Chilling Adventures of Sabrina takes place in the same universe as Riverdale. Greendale, where Sabrina lives, is a neighboring town.

2. The show is bound to be dark! Roberto was heavily influenced by the horror films Rosemary's Baby, The Exorcist, The Omen, and Arthur Miller's 1953 play, The Crucible.

3. Sabrina Spellman first appeared in comic books in the '60s and was introduced in Archie's Mad House #22 in October 1962.

4. Sabrina got her first TV show in the '70s. The Sabrina the Teenage Witch Show was a spin-off of The Archie Comedy Hour and featured episodes about Sabrina and her life, as well as stories about how she pretended to be a normal high school student at Riverdale while saving the town from monsters.

5. There was a Turkish version of Sabrina! It was called Acemi Cadi and it told the story of a teenage girl who discovered that she was a witch on her 16th birthday. She lived with two aunts named Selda and Melda.

I did NOT expect the show to be that dark because I was used to the animated version of Sabrina. Chilling Adventures is just perfect for the Halloween season. While watching, just when I felt confident that nothing could shock me anymore, the show would present me with something that made me look around the room to see if I was still alone or if someone (or something) was watching me.

Kiernan Shipka, for me, was the perfect Sabrina. She was charming and bubbly but she could just as easily shift into being this strong, defiant character. I also loved the contrast between Sabrina's two aunts. One would be stricter and the other would be more ~chill~, but their differences were so extreme that I wanted to sit them down to talk about how they could reach a common ground.

What makes me like the show even more is the fact that Sabrina actually stands up for something. She's not just going against monsters (literally and figuratively) just because she wants to be a "heroine"—she has her reasons. Also, she questions things and doesn't just blindly follow whatever's handed to her. We should be more like Sabrina, really. And by that, I mean that I also want to have the ability to cast spells, have a house filled with herbs and potions, and a cat who understands everything about me.

"Sabrina Spellman is the feminist icon I didn't know I needed until now. Her characterization (played incredibly well by Kiernan Shipka) is written with so much depth, spunk, and self-awareness. She doesn't back down from people who do her and her loved ones wrong (no matter how scary they seem to be), she fights for equal opportunities for all, and she's unapologetic about her love for her mortal boyfriend, Harvey Kinkle (played by the uber sexy Ross Lynch). The scene that made me root out loud for my new fictional hero was at the end of episode one when she defiantly told the whole coven, 'My name is Sabrina Spellman and I will NOT sign it away.' Girl gave me goosebumps. There's no doubt that I'll watch the next season!" —Jacinda Lopez, Entertainment Editor